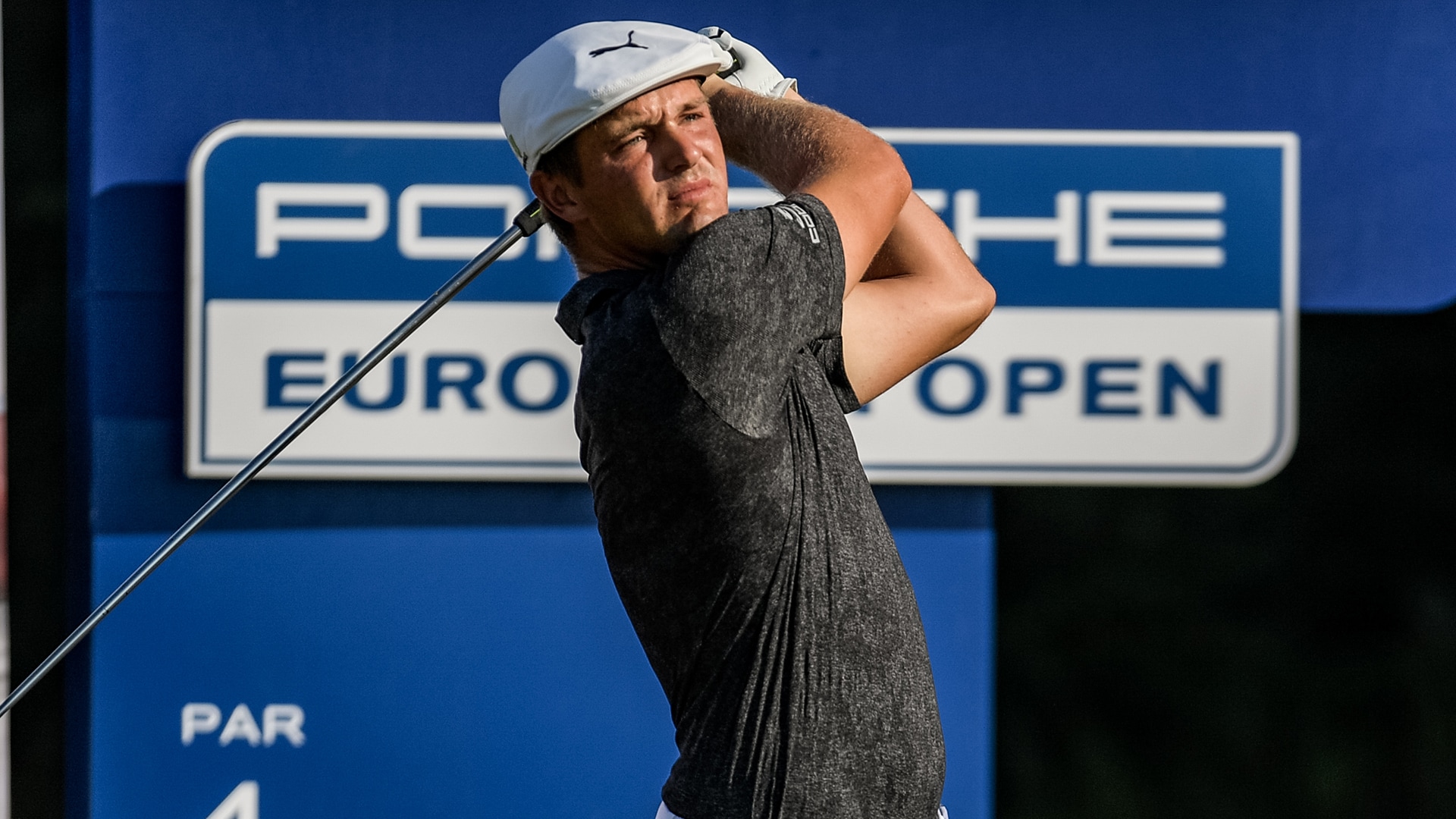 HAMBURG, Germany - Bryson DeChambeau shot a 6-under 66 to take the first-round lead at the European Open on Thursday.

The 25-year-old American carded his best European Tour round in more than two years for a one-shot lead.

DeChambeau, who plays with a full set of irons all of the exact same length, had seven birdies in all. He birdied all but one of the five par-5s, including at the ninth - his last hole. He dropped a stroke on the par-4 No. 3.

Masters champion Patrick Reed finished with back-to-back birdies for a 2-under 70 at Green Eagle Golf Courses.