Bryson DeChambeau cruises into Round of 16 at PLDA World Championship 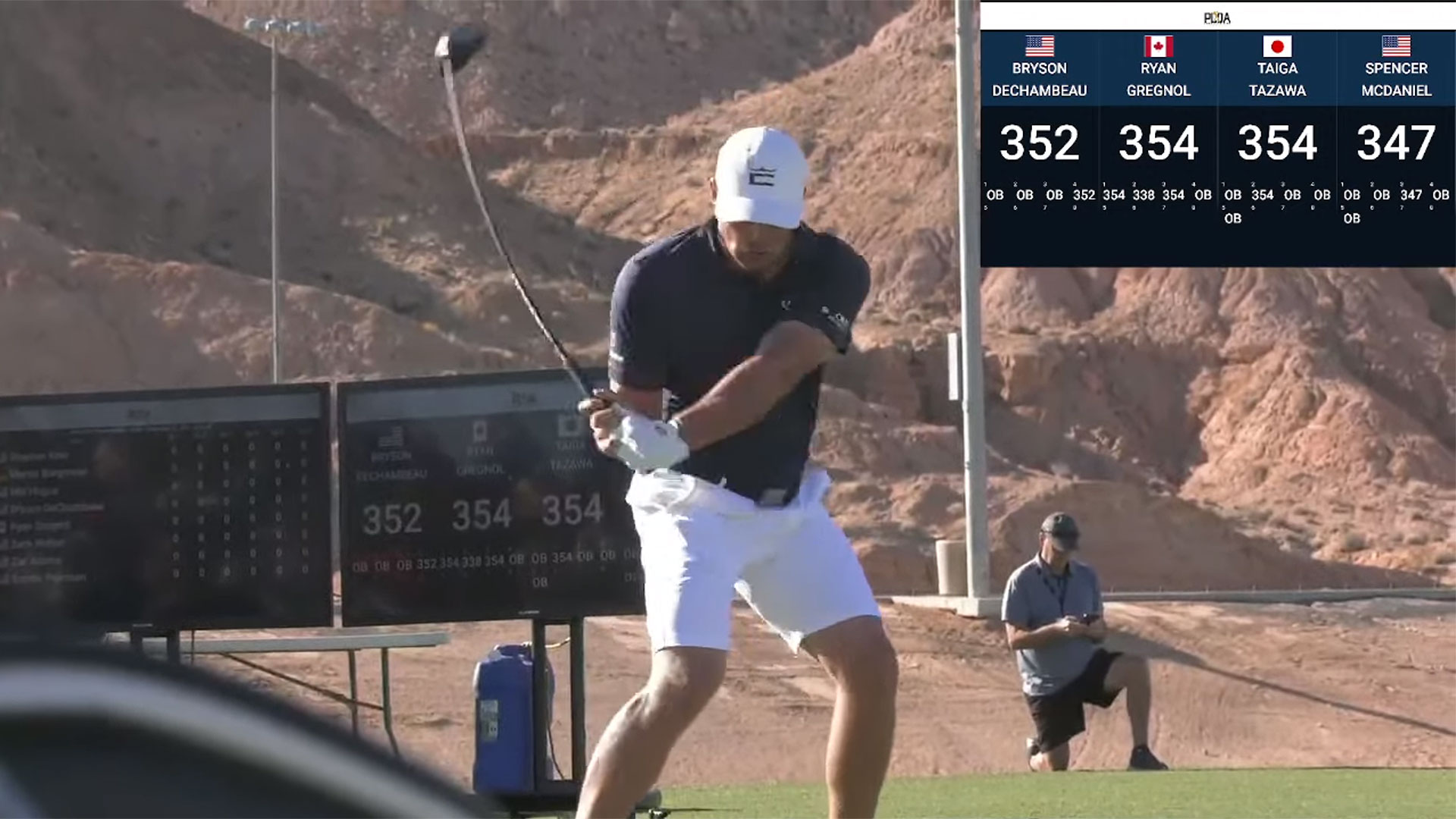 Bryson DeChambeau’s week in Mesquite, Nevada will extend at least another day as he advanced to the Round of 16 at the Professional Long Driver’s Association World Championship.

DeChambeau finished in a four-way tie for fourth place among his group of 16 competitors, with the top 8 moving on to Friday.

There were two groups of 16 battling on Thursday. Each group competed in five sets, hitting six balls in each set. Points were earned based on how a player finished in each set, and each set matched up a player with three different competitors from the same group, round-robin style. Winners of each set earned 200 points, second got 100, third 50 and fourth 25 points. Group standings were determined by total points earned.

The top eight players in each group advanced.

Facing a varying wind – sometimes 20 mph into the players, sometimes 10 mph right to left – DeChambeau competed in the second group, at 3:45 p.m. local time. His first set got off to a rough start with three balls OB, but his fifth drive went 358 yards, which was long enough to win the set.

He finished third and second in his next two sets, respectively, but locked up a spot in the Round of 16 by easily winning the fourth set with a longest drive of 333 yards. DeChambeau matched that number in the fifth set, but it was only good for fourth place.

Still, DeChambeau accumulated enough points to advance to Friday’s play, which will begin again at 3:45 p.m. local time under the same set of rules, with one group of 16. The championship format will include eight players broken into two groups of four and will continue to be reduced in half until a winner is crowned.

Click here for more details on who advanced from each group on Thursday.