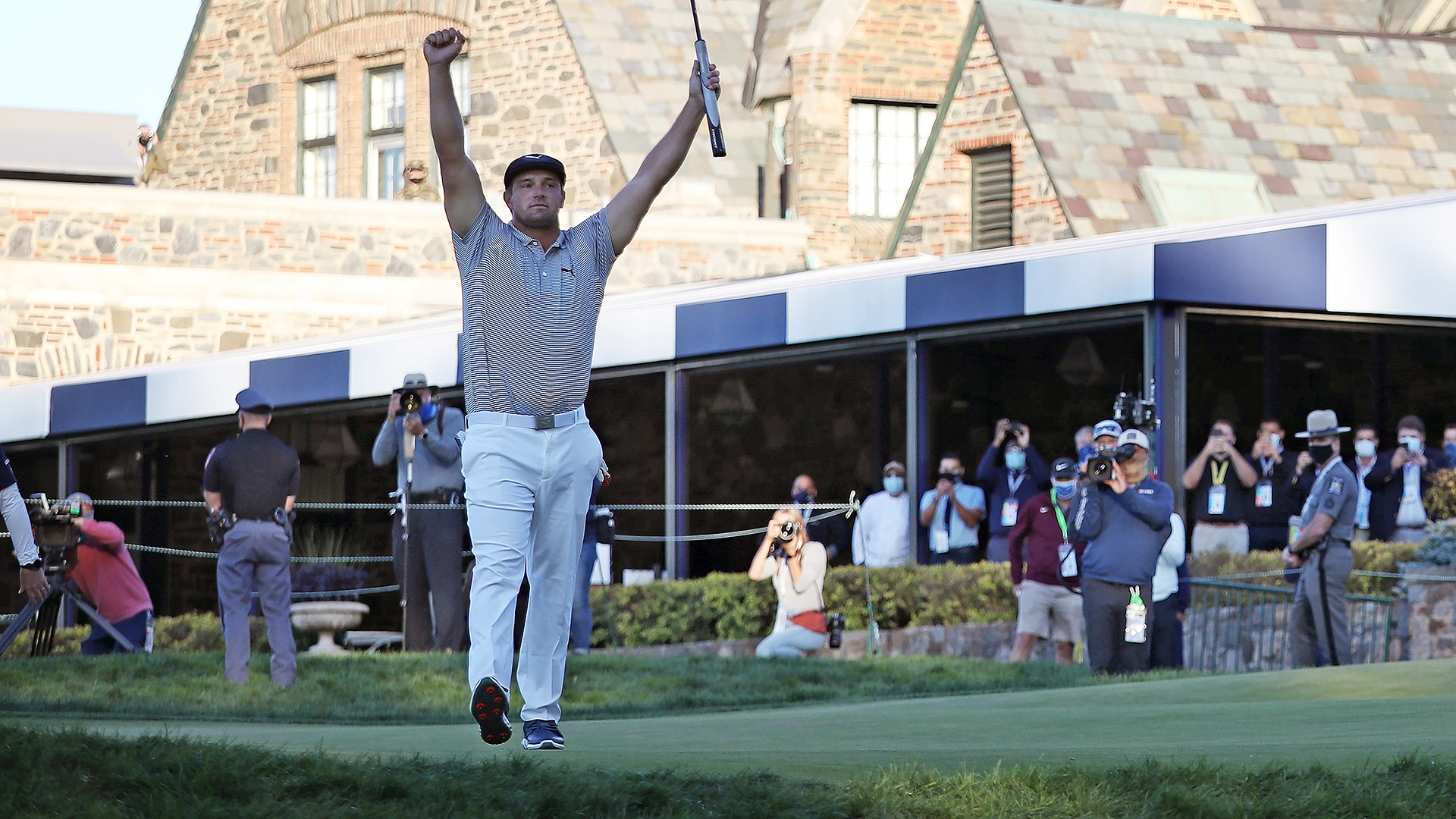 He was trailing through 54 holes, and it was still a close contest with nine holes to go. But here's how things ended up at Winged Foot, where Bryson DeChambeau broke away to cruise to a U.S. Open win for his first major title:

What it means: DeChambeau silenced all the questions about his physical bulk and overhauled swing with a single dominant round on one of the hardest courses the USGA has to offer. He erased a two-shot deficit after just five holes and carried a one-shot lead at the turn, where he put on the afterburners. On a day when no other player broke par, DeChambeau's closing 67 seemed other-worldly and rightfully delivered a six-shot win as he finished as the only player under par for the week. After facing questions just last month about when he would contend in a major, DeChambeau followed a T-4 finish at the PGA with a resounding victory and the biggest proof to date that an unconventional path can pay off in the end. He becomes the sixth player to win both the U.S. Amateur and U.S. Open and joins Jack Nicklaus and Tiger Woods as the only players to win both of those marquee events plus the NCAA individual title.

Round of the day: Conditions were difficult in the final round, with most players struggling to save par. It made DeChambeau's 3-under 67 all the more remarkable, as he dropped just one shot on the day while playing under the pressure of the afternoon's final pairing. He played the difficult opening stretch in 1 under, followed his only bogey on No. 8 with a pivotal eagle on the par-5 ninth and was flawless on the back nine. In a week when every other player finished over par, DeChambeau finished off four straight rounds of par or better with his best effort of the week.

Shot of the day: DeChambeau overpowered Winged Foot with brute strength off the tee and out of the rough, but he clinched the title with his putter. Specifically, it was a pair of pivotal makes that changed the tone of the final round: a 38-foot eagle putt on No. 9 and a 13-footer from the fringe for birdie on No. 11 that gave him a three-shot lead he would only increase from there.

Best of the rest: Dustin Johnson backed into a result that will seem wildly misleading two years from now on Wikipedia. Starting the final round 10 shots off the pace, the world No. 1 shot an even-par 70 to move into a tie for sixth. Johnson sparked his round with an eagle on No. 9 and played the difficult back nine in even par to finish the week at 5 over, 11 shots behind DeChambeau.

Biggest disappointment: Wolff was in a difficult position as the 54-hole leader trying to close out a win in his tournament debut, but through nine holes he appeared up to the task. Wolff made the turn in 1 over and was trailing by just a shot, but then like Patrick Reed the day before, things fell apart on the back nine. Wolff played Nos. 10-16 in 4 over and ultimately signed for a 5-over 75 to finish six shots back. It was good enough for solo second place and a strong effort in just his second major start, but a bit of a disappointment given his position through 54 and 63 holes. 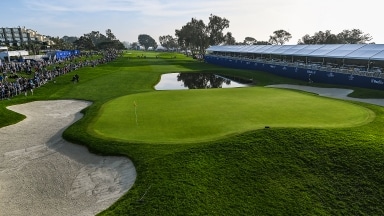