DeChambeau co-leads, Els only one back in Dubai 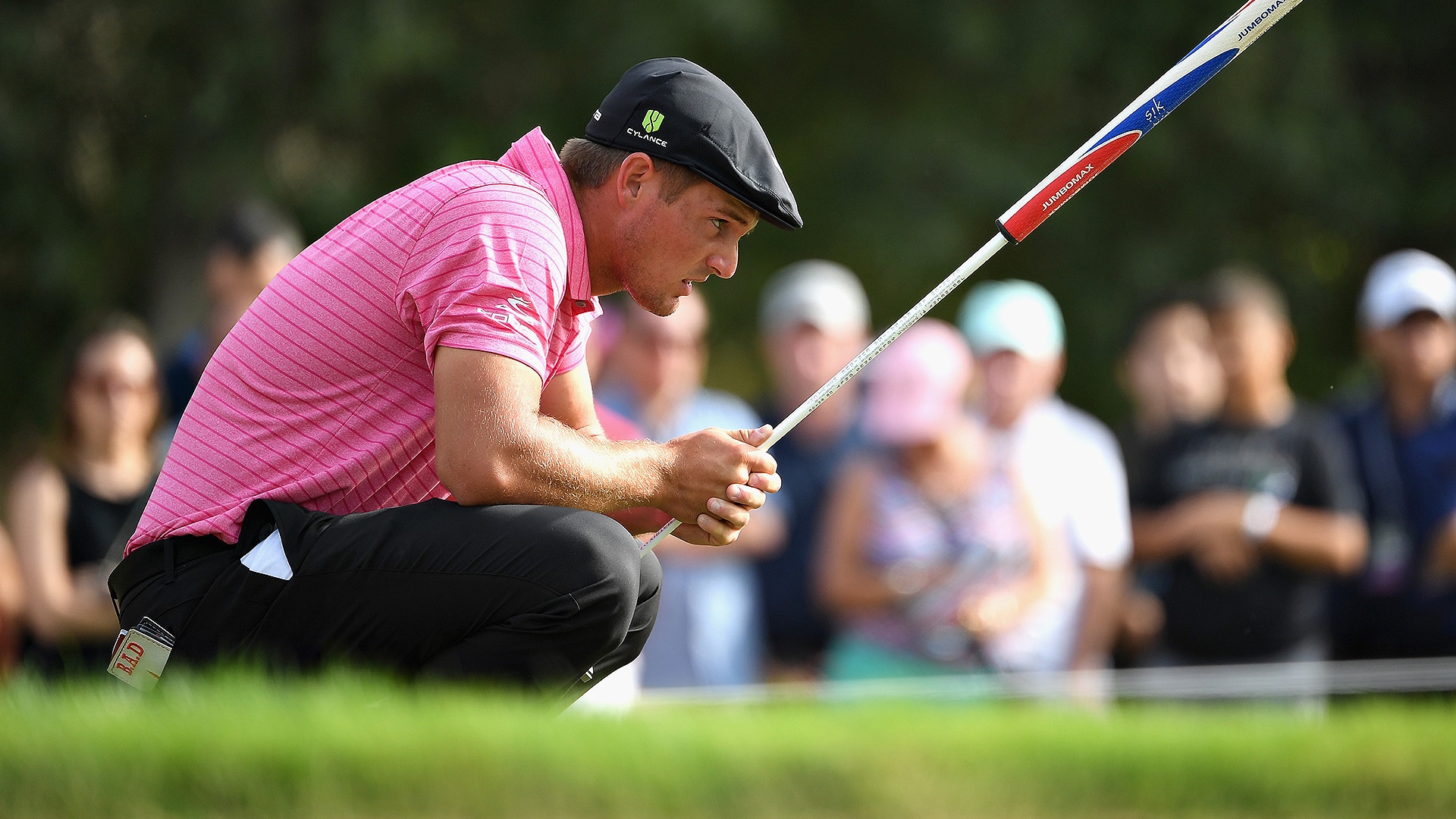 DUBAI, United Arab Emirates – Twenty-five years after winning for the first time at the Dubai Desert Classic, Ernie Els is having another run at the title.

The Big Easy, however, will have to overhaul a player almost half his age to get back in the winner's circle.

The 49-year-old Els made seven birdies and an eagle in a 7-under 65 to move within a stroke of the lead after two rounds of an event he has won three times, first in 1994. That was the first of his 28 European Tour titles.

One of the two players above him on the leaderboard is Bryson DeChambeau, the 25-year-old American seeking his first victory overseas. DeChambeau shot a second straight 66 and shared the lead with Lucas Herbert of Australia (63) at 12-under 132 at Emirates Golf Club.

Els has not won since 2013 and if he is going to end that title drought, it's more likely to be at the Dubai Desert Classic than anywhere else. In his first 11 starts in the event, he didn't finish outside the top eight and had three victories, three runner-up finishes and three third places.

DeChambeau described his first-round 66 as ''scrappy'' and he still wasn't happy a day later despite moving into first place.

''Unfortunately I didn't have the right sensations,'' said the American, who at No. 5 is the highest-ranked player in the field. ''I just felt uncomfortable. Consequently I'm not ball-striking at my best. But hey, I'm not complaining one bit.''

Herbert matched his career-best round of 63, which he shot at both the Portugal Masters and the Sicilian Open last season. Starting at No. 10, he opened eagle-birdie-birdie and was 7 under after 11 holes.

''It just felt like I was cruising,'' Herbert said. ''I probably left some out there, to be honest.''

Alvaro Quiros (64) was tied with Els at 11 under, with defending champion Li Haotong (67) a further shot back in a five-man group containing Matt Wallace (64).

First-round leader Matthew Fitzpatrick (70) was at 9 under.