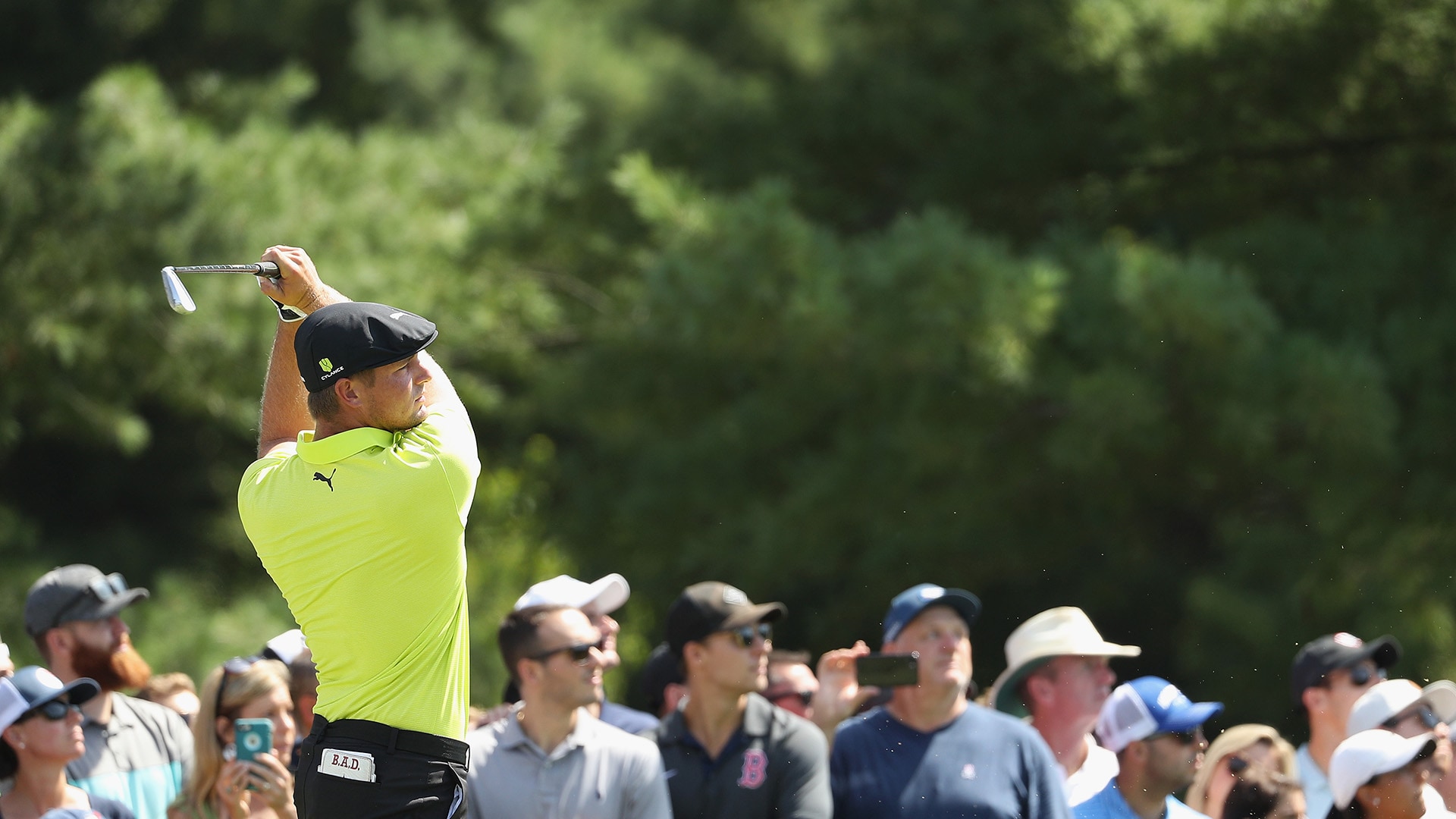 NORTON, Mass. – Bryson DeChambeau got the edge over Tiger Woods during the third round of the Dell Technologies Championship, but even he knows better than to like his theoretical chances against Woods in his prime.

The two have played several practice rounds together this year, but Sunday marked the first time they played together in a competitive round on the PGA Tour. Woods put up a solid 3-under 68, but he was no match for DeChambeau who closed with two birdies and an eagle to post an 8-under 63 and vault into contention for his second win in as many weeks.

DeChambeau referred to Woods as his “childhood idol,” and he admitted that the jitters generated by the pairing didn’t settle down fully until he birdied No. 7 – his fourth birdie of the day.

“There were some tee shots that I left a little right, and it was just a little nerves,” DeChambeau said. “It’s Tiger Woods, guys. It was fun.”

The two were seen chatting throughout the round, although DeChambeau shared that he tried to pick his spots when striking up conversation with Woods and tended only to engage him when Woods was playing well. It’s a far cry from the steely gaze and quiet rounds Woods offered his playing opponents while racking up 14 major titles and re-writing the record books.

“In between shots, we’ve got time, we’re walking up and joking about things and having a good time,” DeChambeau said.

DeChambeau moved to the top of the FedExCup points race with his four-shot win last week at The Northern Trust, and after flourishing alongside Woods he enters the final round at TPC Boston in second place, one shot behind Abraham Ancer.

DeChambeau was only 14 years old when Woods won his last major at the 2008 U.S. Open, but he offered an honest assessment of how his game might stack up against Woods if the two faced off when Woods was playing in his prime.

“I would have gotten pummeled,” DeChambeau said with a smile.