DeChambeau's flagstick-in experiment a success so far at Kapalua 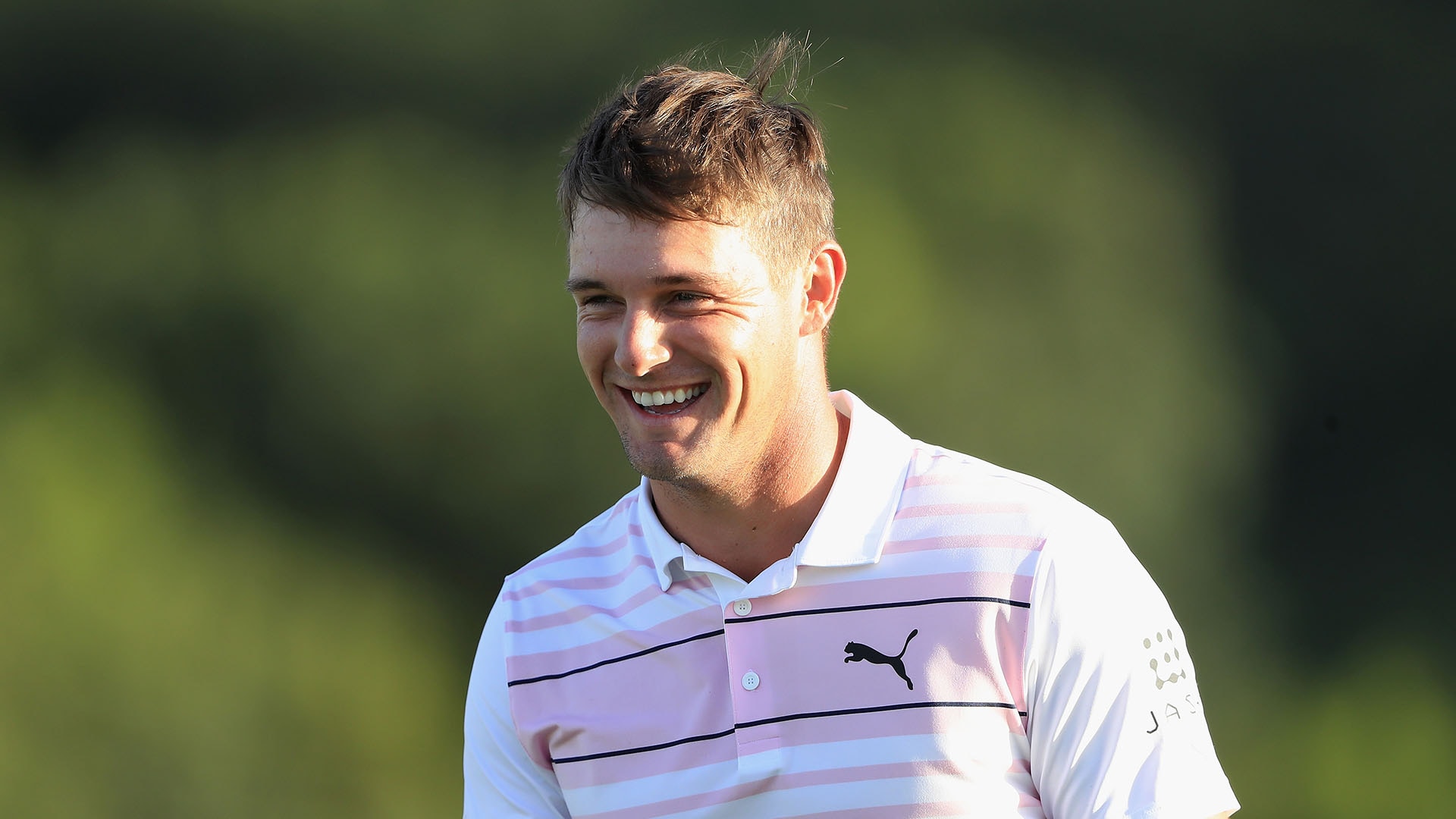 KAPALUA, Hawaii – Maybe this will become a trend.

Optics and an avalanche of opinions aside, Bryson DeChambeau declared his flagstick experiment an early success on Thursday at Kapalua. He opened his week at the winners-only Sentry Tournament of Champions with a 4-under 69, but the bigger takeaway was his performance on the Plantation Course’s greens.

Taking full advantage of a new rule, implemented at the start of the new year, that allows players to play shots from the putting surface with the flagstick still in the hole, DeChambeau needed just 25 putts and leads the field in strokes gained: putting.

DeChambeau’s PGA Tour frat brothers largely dismissed the idea of putting with the flagstick in the hole, with Justin Thomas going so far as to say, “No offense, I can't really take myself seriously if I kept the pin in.” Dustin Johnson added that the only time he’d keep the flagstick in the hole was if he had “a real long putt or something, (then) I might leave it instead of having the caddie stand there.”

Johnson had a front-row seat Thursday to the Mad Scientist’s most recent experiment as Johnson teed off in the day’s anchor group paired with DeChambeau. True to his word, DeChambeau kept the flagstick planted soundly in the hole for nearly every putt starting at the par-3 second.

“I’m going to leave it in for mine,” DeChambeau told Johnson as the duo approached the green.

A hole later, DeChambeau raced his 31-footer for birdie 11 feet by the hole, and other than a momentary pause by Johnson, who had a 4-footer for birdie, the differing philosophies when it came to flagstick etiquette seemed to co-exist seamlessly.

“It’s different watching someone putt with the flag in, but it worked out that it wasn’t a big deal. It didn’t slow us down,” Johnson said. “Probably helped (Johnson’s caddie and brother, Austin Johnson) out because he didn’t have to grab too many flags because Bryson was using it.”

DeChambeau’s reputation as the Mad Scientist is well established in Tour circles, from his use of single-length irons and wedges to his meticulous putting style. But his decision to go all flagstick, all the time seems hasty by comparison.

“Maybe 20 putts, that's it. Nothing crazy. It's not difficult. People make it too complicated,” DeChambeau shrugged when asked how long he’s been practicing his putting with the flagstick in the hole.

DeChambeau’s thought process is exceedingly simple. It’s Newton's third law of motion that states for every action there is an equal but opposite reaction. At least that’s the idea in theory, but in practical application on Thursday it was even more straightforward.

“I think every once in a while if I accidentally hit it 3 feet by and I do push it or pull it that much I really think like on [No.] 14, I kind of pushed it a little bit and it went in the right side and if I hit it a little harder it may lip out, but instead it hit the flag and went in easily,” DeChambeau said of his 10-footer for birdie at the 14th hole.

Perhaps the epiphany moment came at the 16th hole when DeChambeau charged a 5-footer for birdie into the pin and the ball dropped into the hole.

“I maximized my potential on that, especially on 16 today, where it's kind of blowing downwind, 5-percent slope, straight down hill you want that pin to help,” explained DeChambeau, who was tied for sixth place and three strokes off the lead. “That's what I kind of did and utilized it to my advantage. So I felt like for the most part I needed the pin to be in and it went in and it was a very nice help.”

Like every other aspect of the erudite player’s game and approach to golf, DeChambeau admits his flagstick game plan is a work in progress. There were times during a windswept opening round at Kapalua when either for expediency or advantage he putted without the flag in the hole.

DeChambeau is many things, but he’s not so deeply entrenched in his philosophy that he would ignore the possible pitfalls of any concept.

“It's so situational and I don't know when it's actually going to hurt me, if it is going to hurt me,” he said. “That's why I got to understand that, when it does hurt me I'll know and I won't do it anymore. But as of right now it seems like it's a pretty nice benefit every once in a while.”

It’s not likely that DeChambeau’s performance on Thursday will change any hearts and minds. While scientifically this might makes sense to DeChambeau, for others it just doesn’t pass the smell test.

But there’s no ignoring the results.

Single-length clubs and Newtonian theories applied to the golf swing may be too much for the likes of the modern professional, but 3.868 strokes gained on the greens is a number that any player can understand.