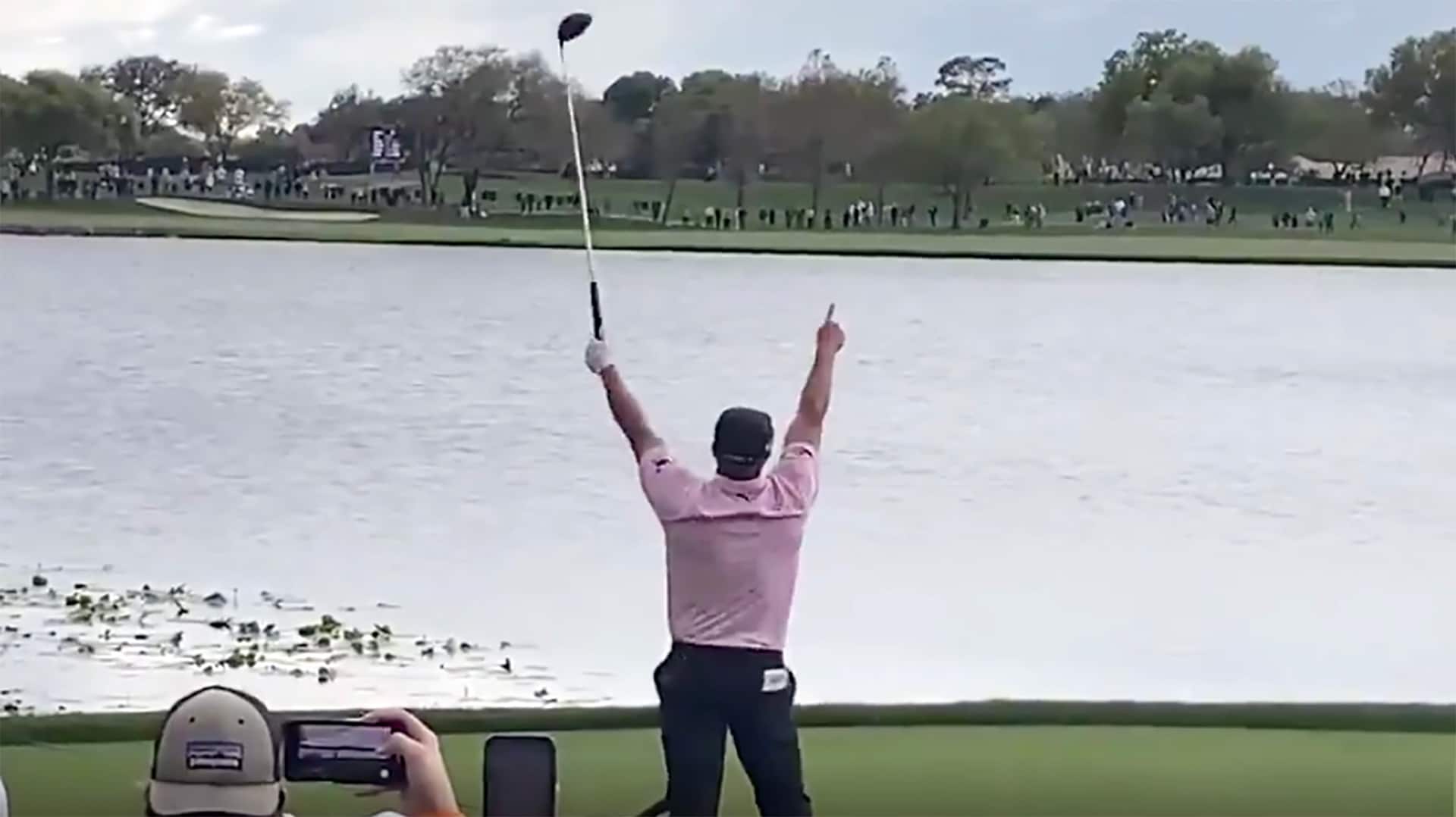 ORLANDO, Fla. – Back in 1932, at Wrigley Field, during Game 3 of the World Series, George Herman Ruth supposedly called his shot, pointing to centerfield and hitting one of the most legendary home runs in baseball history.

Fast forward to now, and Bryson Aldrich DeChambeau, golf's modern-day version of the Sultan of Swat, had been trying to call his own shot. For months he vowed to drive the par-5 sixth green at Bay Hill Club and Lodge, a poke that would require at least a 345-yard carry and tons of courage.

On Saturday, he finally delivered on his promise – sort of.

For two days, DeChambeau took the conservative line at the 555-yard hole, declaring that the wind just wasn’t right. He had tried twice in a similar breeze during the practice round, coming up well short on both tries. Yet, when he arrived at the sixth hole and felt the fan blowing downwind, DeChambeau decided to give it go – not at the green, but at a still-mindboggling-aggressive line about 70 yards from the putting surface.

“Let the big dog eat!” shouted one fan in the sizeable gallery crowded around the tee box.

"For the most part, that's a shot that I know I can do, and I was able to accomplish that," DeChambeau said. "I would have done it without the fans, but the fans definitely edged me on a little bit and it was fun to give them what they wanted."

Feeling the energy, DeChambeau stepped up to the plate, gave it a mighty lash and watched the ball sail over the water. With the ball still in the air, DeChambeau raised both arms in the air and pointed to the sky.

"It was amazing," DeChambeau said. "It felt like I won a tournament there."

It wasn’t quite the show he had promised, but it was still pretty dang impressive.

Here are some of the numbers:

For the record: Those numbers are good enough to find the green, which could inspire DeChambeau to go all the way on Sunday. He'll enter the final round at 10 under, just a shot back of leader Lee Westwood, after a 4-under 68.

Now, some people will contend that DeChambeau missed his green with his second shot, a pitch from the rough with a 58-degree wedge that ended up just short of the putting surface and left of the front bunker, but he did make an easy birdie, which isn’t always a guarantee on the unique, wraparound hole.

Jordan Spieth, who played the first two rounds alongside DeChambeau, joked that the only reason he played this week’s Arnold Palmer Invitational was to watch DeChambeau go for it at No. 6.

“It's a show. It's fun. It was really cool to watch,” Spieth said. “I nudged Michael half a dozen times the last two days, being like, ‘Watch this.’”

That was before Saturday. No, it wasn’t Ruth-like, but DeChambeau’s moonshot was well worth the price of admission.

And we still have one more round.