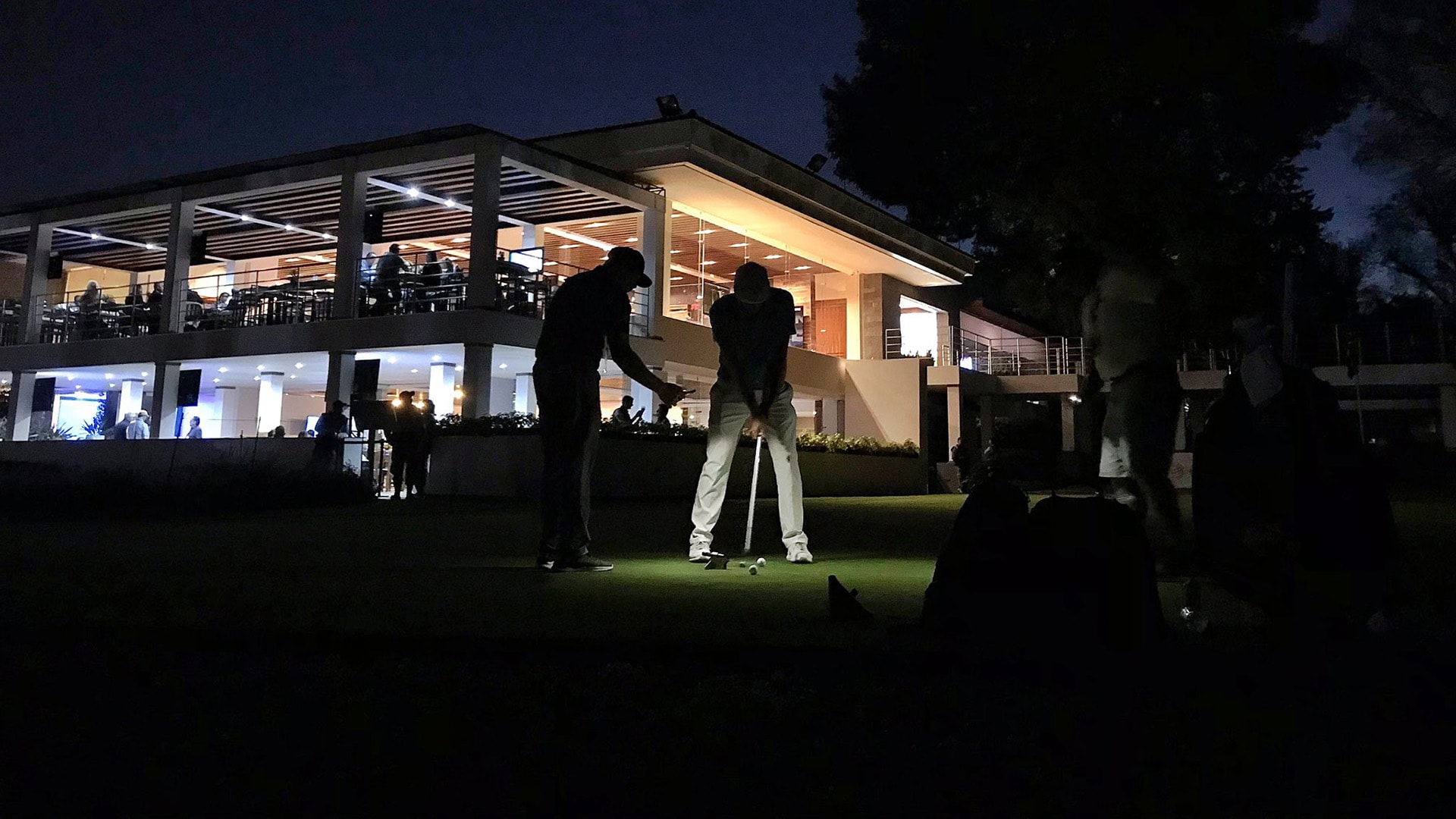 MEXICO CITY – Bryson DeChambeau took to Twitter on Friday before his second round at the WGC-Mexico Championship to apologize for damaging the Club de Chapultepec practice green a day prior.

Playing alongside Tiger Woods and Mexico's own Abraham Ancer on Thursday, DeChambeau lost 3.7 strokes to the field on the poa annua putting surfaces. He took 34 total putts in a first-round 75.

After the round, Sky Sports cameras caught DeChambeau in the background of a shot as he slammed his putter in anger on the practice green.

On Friday morning, he issued this apology:

As for his work ethic, DeChambeau stayed on the practice green for multiple hours Thursday, grinding away in the dark around past 7:30 p.m. local time.

DeChambeau, Woods and Ancer are set to go off the 10th tee at 12:51 p.m. ET Friday for the second round.