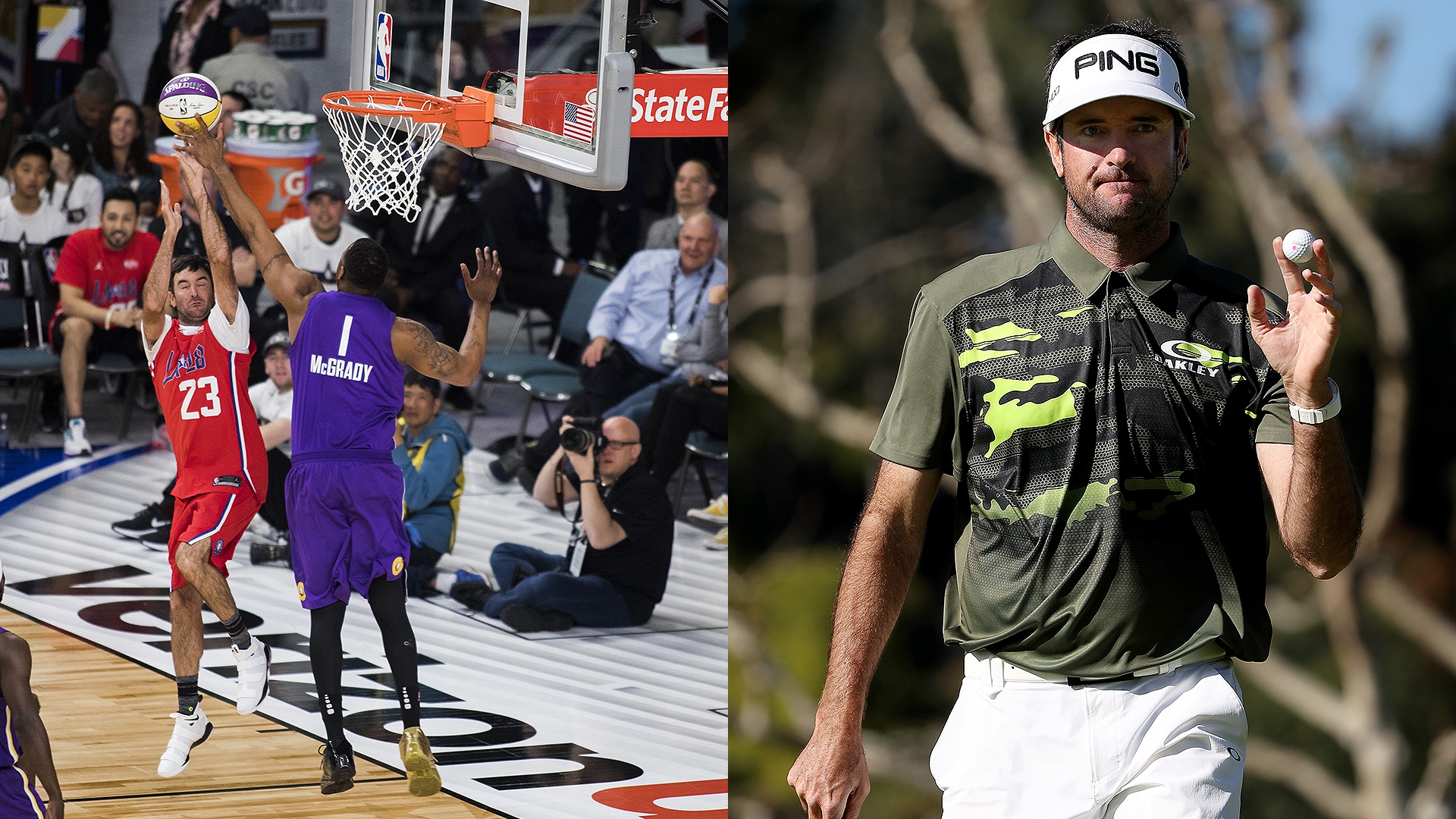 LOS ANGELES – Yeah, but can Tracy McGrady smoke a 7-iron from 203 yards to kick-in range for eagle on Riviera Country Club’s opening hole?

The way Bubba Watson’s mind drifts there’s no telling if, as he began his day at the Genesis Open, he revisited his play from Friday night at the NBA All-Star Celebrity Game. If he did, it would have been an apropos conclusion after McGrady sent his weak floater into the cheap seats midway through the second quarter.

Either way, Watson made it clear playtime was over on Saturday. The eagle at the opening par 4 ½ sent Watson on his way to a third-round 65 and the outright lead at the Left Coast event that’s starting to feel like a second home for the lefthander.

In 11 starts at Riviera, Watson already has two victories. A third on Sunday could get folks talking about renaming the layout Bubba’s Alley. Or not.

What is certain is that Watson has emerged from a funk that sent him tumbling outside the top 100 in the world ranking and he’s done it in quintessential Bubba style.

If Friday’s detour to the celebrity game received worldwide attention it was only a snapshot of Watson’s Tinseltown itinerary. He taped a segment for Jay Leno’s Garage show, visited with Ellen DeGeneres and watched a taping of The Big Bang Theory. You know, L.A. stuff.

Oh, and he’s curved and carved his way around Riviera with signature abandon.

“You've got to hit shots from every different angle, you've got to move it right to left and left to right, so it's just fun,” said Watson, who also led by one stroke when he won here in 2016, his last victory on the PGA Tour. “Then the greens are the equalizer so it makes me look like I putt as good as the other guys.”

He “hammered” a 7-iron from 203 yards at the first to 1 ½ feet for his opening eagle, chipped in at the sixth to begin a run of four birdies in five holes and played the three par 5s in 3 under to move into a familiar spot after enduring his worst season on Tour in 2017 when he failed to advance past the second playoff event.

That he’s turned the tide in Los Angeles is as predictable as it is peculiar. Despite Watson’s record at the Genesis Open, Riviera wouldn’t seem to be the tonic for all that ails Bubba.

Ask a player - any player will do - the keys to playing Riviera and the answers range wildly from it being a bomber’s course to the need for ball-striking precision. But the word that comes up with regularity is "patience."

“Patience and pretty much just not being stupid, to be honest,” Justin Thomas said when asked the key to his third-round 67 that left him tied for eighth place. “Just stop trying to hit at pins with 5-irons and 6-irons, and when I hit in the rough, realize just try to make a par. When I get in places, when I'm out of position, realize that sometimes even bogey is what I need to make.”

While that thought dovetails with conventional wisdom, Watson’s not exactly known for his patience.

“Oh, for sure I do. Haven't you seen me in the last 12 years?” Watson laughed when asked if he had patience on the course. “The tougher the golf course, the more focus I have. The tougher the shot, I've been able to focus better. When I get my mind on something, I can focus and do pretty well at the game of golf.”

While Bubba drifts between artist and antagonist with ease, both on and off the golf course, his primary challenge on Sunday is the picture of thoughtful composure.

“I feel like if I can just engage and not worry about where I am on a particular hole or what's going on and I just engage and stay present in whatever I'm doing at that particular time, it all turns out better than what you would expect,” explained Cantlay, who attended nearby UCLA and played dozens of practice rounds at Riviera. “Making sure you stay present and having that confidence in yourself that if you just click in and focus, it all will be good and that's kind of the head space I'm in.”

It will be a clash of wildly contrasting styles on Sunday – Watson, who admitted he “(doesn’t) focus very well,” and Cantlay, whose approach to the mental side of the game borders on the clinical.

One player relishes the challenge of hyper-focus, the other is Bubba, but that’s not to say Watson is void of patience, only that he needs to be properly motivated.

“Like last night when Tracy McGrady was coming at me, I was focused on not getting hurt and I didn't, so it worked out,” Watson smiled. 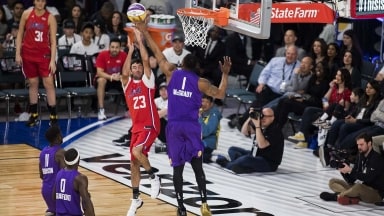 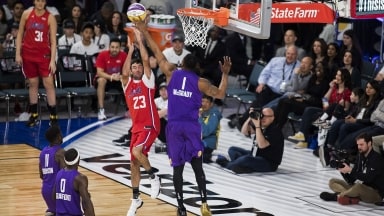 Bubba on T-Mac block: 'Trying not to get hurt'

Bubba Watson is leading this week’s Genesis Open through 54 holes despite an on-court brush with NBA Hall of Famer Tracy McGrady.