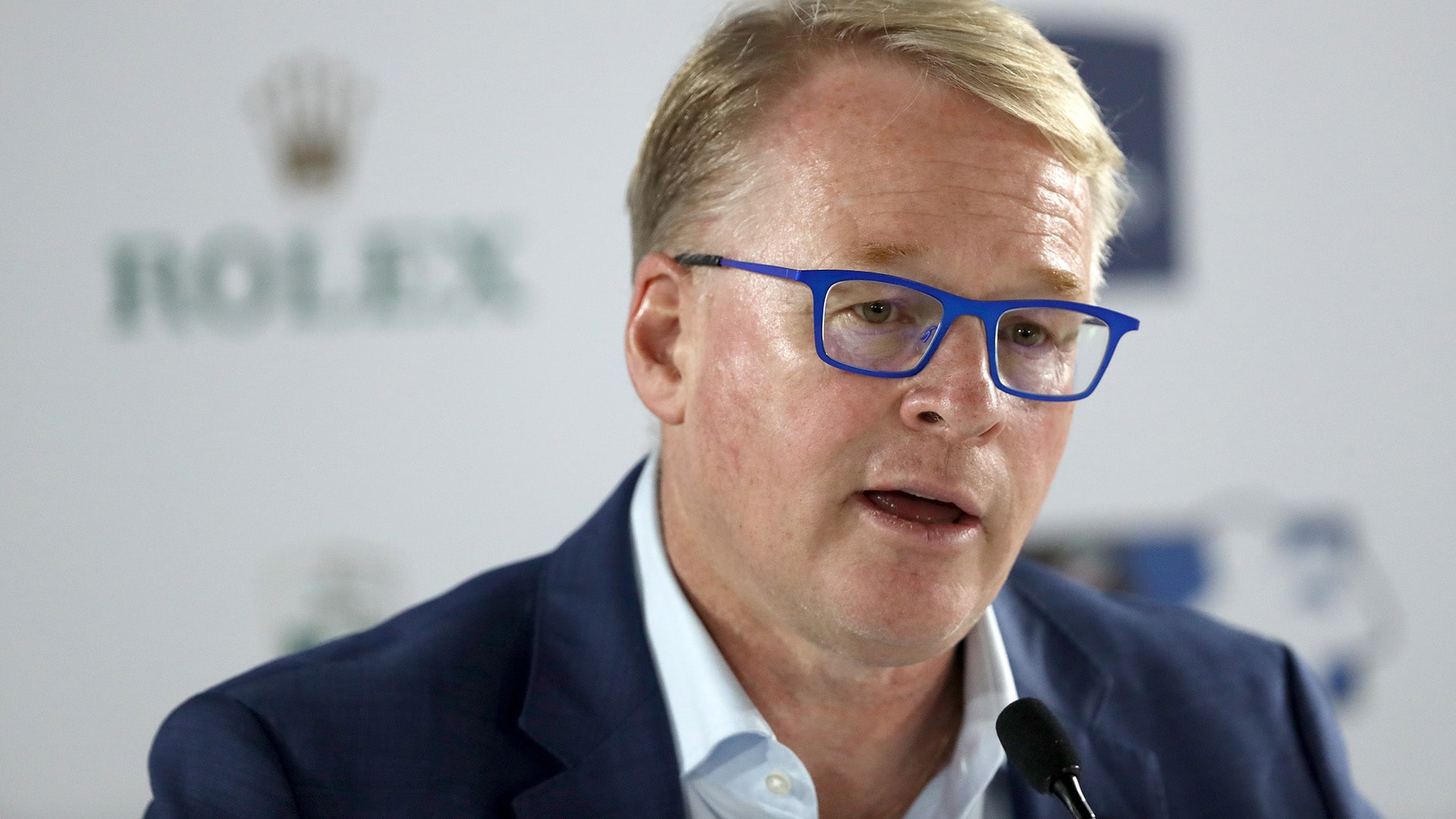 As the European Tour restarts in earnest this week with the British Masters, players and caddies are getting used to a new on-site experience.

In addition to the COVID-19 testing protocols that have now become familiar, the European Tour has adopted a buddy system regulation for the “U.K. Swing” in accordance with the guidelines from Public Health England, the UK government’s health agency.

And so, for the roughly 500 on-site essential personnel, that means each person will be required to travel, work, relax and dine with just one other person. (Players and caddies are required to “buddy up” with each other.) Though players will be able to gather near other groups – especially in areas such as the players’ lounge and hotels – they must maintain proper social distancing and are allowed to sit at the same table with only their “buddy.”

Players were notified of the late addition to the protocols last week. This buddy bubble, the European Tour said, will “reduce the risk of significant contact tracing and the requirement for self-isolation for larger numbers of people should someone test positive for COVID-19.”

The European Tour and Formula 1 motor racing are the only two international sporting events that have been given the go-ahead by the U.K. government. These British Swing tournaments are classified as international mass gatherings and events, with players, caddies and staff arriving from different countries. That means the tour is subject to more stringent rules and regulations than domestic sporting events, such as the English Premier League soccer.

In a pre-tournament interview Tuesday at Close House, Eddie Pepperell said the tighter regulations will be the “hardest thing not to accept, but to overcome in a way.”

“I quite like the social interaction you get at events, especially having dinner with friends,” he said. “That takes the edge off tournament golf. To not have that could be problematic, and that will affect how many I play as well.”

Pepperell told the BBC that he is prepared to play three of the upcoming six UK tournaments, all of which are within a three-hour drive. The British Masters, which begins Wednesday, offers a $1.4 million purse.