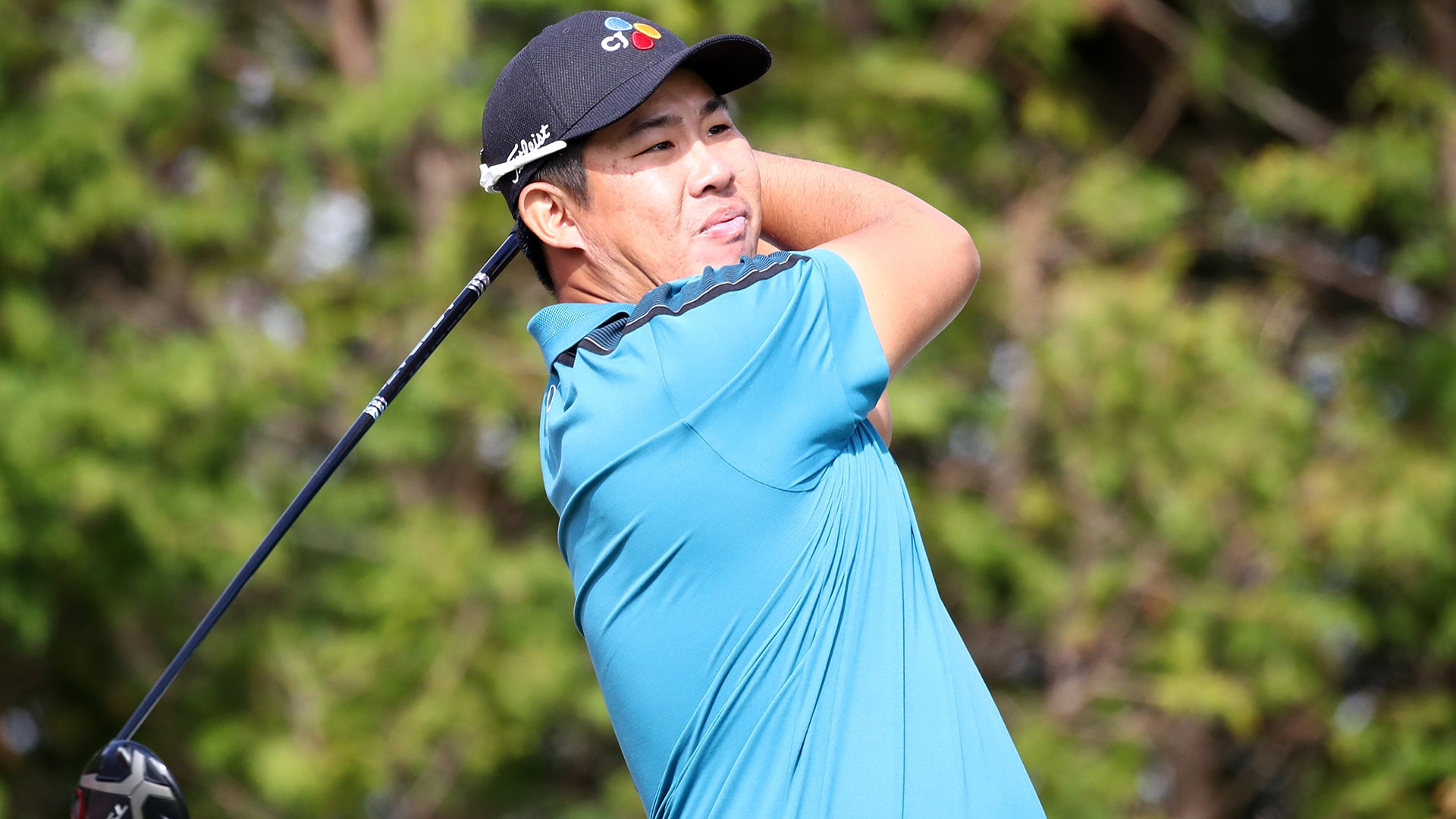 The PGA Tour has headed east for the Asian Swing, beginning with a stop at Nine Bridges in South Korea, where Ben An seized control in the opening round of the CJ Cup in his home country. Here's how things played out:

What it means: With a handful of top-ranked Americans in the field this week, it was a display of international talent Thursday at Nine Bridges, highlighted by the play from a pair of local South Koreans in An and Hwang. Niemann continued his hot play to start the year, after his win at the season-opening Greenbrier, and Lee had his best opening round since he fired a 66 at the Rocket Mortgage Classic back in June.

Round of the day: An displayed flawless golf en route to a bogey-free, 8-under 64 and a one-shot lead after Day 1 in his home country. An already has a top-five this season, finishing third at the Sanderson Farms Championship. Winless on the PGA Tour, An is in prime position after the first day to claim his first title, and what a maiden win that would be in his backyard.

Best of the rest: Niemann also went bogey-free Thursday, carding a 7-under 65, but ran into a buzzsaw in An, who bested him by one. The last time the 20-year-old shot an opening-round 65? Just last month at The Greenbrier, when he went on to claim his second PGA Tour victory.

Biggest disappointment: Nearly a month ago, Danny Willett held off Jon Rahm to take the title at the BMW PGA Championship in his home country of England. The 2016 Masters champion began his day with two birdies in his first three holes, but imploded on his back nine, with four bogeys and a triple. Though, on the bright side, Willett did end his day with a birdie at the last to card a 4-over 76.