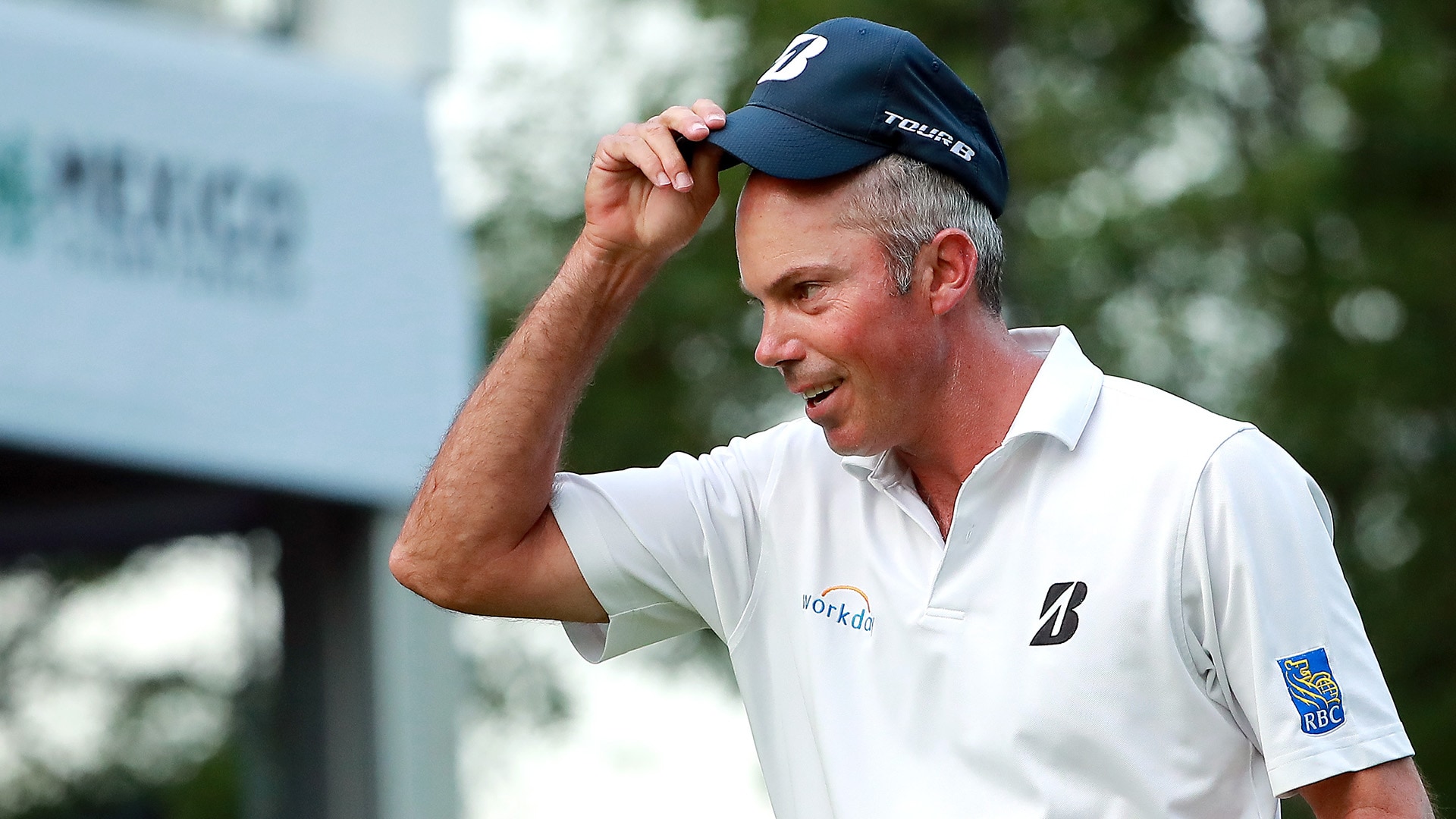 Getty Images
“Last week was hard. It was actually great coming here, having so much support from the local crowd. I had so many guys in the practice rounds come up and say, congratulations on the win at Mayakoba, I hope you win again here in Mexico City. It was nice to have fans still supporting me.”  -

MEXICO CITY – Media relations types with big offices will tell you that nothing changes a narrative quicker than standout performances, and Matt Kuchar certainly has won his share of hearts and minds this week at the WGC-Mexico Championship.

Kuchar arrived in Mexico City for this week’s World Golf Championship not knowing what to expect from the galleries. At last week’s Genesis Open, there were quite a few fans who were more than willing to let him know what they thought of his actions last year in Mexico - and his decision to dig in until last week only fueled his growing number of critics.

But the reception from the Mexican galleries has been nothing but supportive this week. On the first tee Friday, a large gallery cheered his opening drive. On the 18th hole he was greeted with choruses of “Kooch,” familiar echoes he’s heard his entire career. But, of course, this week is different.

If $45,000, the additional amount Kuchar agreed to pay his local caddie from last fall’s Mayakoba Golf Classic, didn’t wipe clean the tarnish caused by "caddie-gate," and it didn’t, his play through two rounds in the heart of Mexico has certainly moved the conversation along.

Not once during his 10-minute Q&A with reporters following his second round was he asked about David “El Tucan” Ortiz, the caddie from Mayakoba who was on the bag for the 40-year-old’s eighth victory on the PGA Tour in November.

He wasn’t grilled on how much he originally paid El Tucan - $5,000 - out of his $1.29 million winner’s check, or why he didn’t think the Mexican caddie deserved the normal 10 percent of a player’s earnings that Tour caddies receive after a victory.

Kuchar wasn’t even asked about his reversal last week to pay Ortiz an additional $45,000 or his statement regarding the decision that said he didn’t live “up to those values or to the expectations I’ve set for myself.”

Instead, he was quizzed on his blazing start at Chapultepec, which included four consecutive birdies to start his day and his position on the leaderboard just two strokes off the lead held by Dustin Johnson and tied for second with Rory McIlroy.

The closest anyone came to the explosive issue of a caddie’s worth, which has been largely driven by social media, was when a reporter asked if this was helping Kuchar get past the last few days.

“I don't know if I would say that,” he said. “I like to play well every week kind of regardless, but it is nice. It is nice to have a good showing. It is nice to kind of be back in the hunt again. Listen, golf is so much more fun when you have a chance to win, and it's been a lot of fun this week just playing some good golf.”

And good golf has changed the conversation. This is addressing the obvious, not being cynical. This isn’t about crisis management, just the natural need to move forward, and with each solid shot Kuchar’s signature smile has returned.

Even on the streets of Mexico City he’s been met with countless congratulations and encouragement for his victory in Mayakoa, which is on the east coast of Mexico.

“The fans were great. I had so many fans come up and say glad to see me and really good luck this week, and they were cheering for me, hoping that I could win again in Mexico,” he said. “It was a great feeling to have so many people pulling for me out here.”

Whether Kuchar’s decision to pay Ortiz (as well as an undisclosed donation to the Mayakoba tournament to support local “philanthropic causes” in the area) something closer to what many believed was a fair fee was in reaction to that criticism really doesn’t matter at this point. He admitted he was wrong, that he made a mistake that he wanted to make right and hoped to learn from the episode.

On Thursday, following an opening 66, Kuchar was asked if being out on the course and playing well has allowed him to move past what has been a difficult time in his career.

“Last week was hard,” he allowed. “It was actually great coming here, having so much support from the local crowd. I had so many guys in the practice rounds come up and say, congratulations on the win at Mayakoba. It was nice to have fans still supporting me.”

Kuchar’s apology, along with his decision to pay Ortiz an acceptable fee, was a crucial first step in the healing process. But in the quest for closure nothing can change a narrative like solid play.