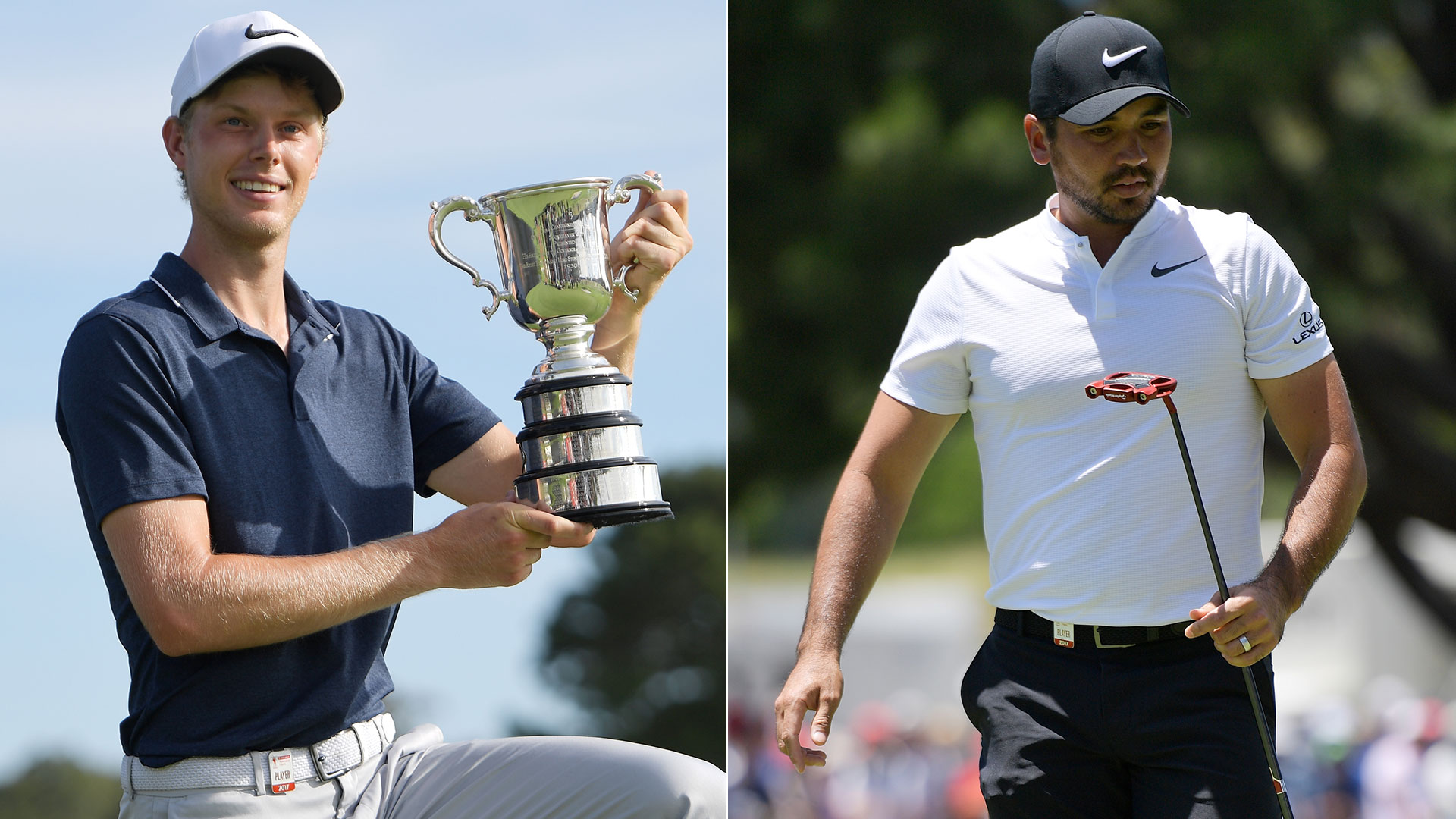 Cameron Davis fired a final-round 64 to win the Emirates Australian Open on Sunday. Here’s the lowdown from a surprising finish in Sydney:

What it means: An Australian won the national open on Sunday - just not the Aussie everyone was expecting. Day started the final round with a one-stroke lead, but he quickly faded and was barely a factor in the final round. Instead it was Davis who came through in the clutch with six birdies and an eagle on the par-4 12th. The 22-year-old struggled for most of the year on the Canadian Tour, but now he has a life-changing win. He will also make a nice leap up the world ranking. He is currently ranked No. 1,494.

Round of the day: Davis made three front-nine birdies, and then he caught fire on the back. After a birdie at No. 10, Davis holed his approach at the par-4 12th for eagle. A birdie at the 18th left him at 11 under par, and no one in the final groups could match him.

Best of the rest: Blixt and Jones closed with 68s to tie for second, and both will be left thinking what might have been. Blixt's card included a double at the par-4 ninth, while Jones went out in 38, but rallied on the back nine with a 6-under 30. Davis, Blixt and Jones all qualified for The Open at Carnoustie. The top three players who finish in the top 10, and who are not already qualified for The Open, earned a spot.

Biggest disappointment: In between a birdie at No. 1 and an eagle at the par-5 14th, Day made three bogeys and a double bogey for a 2-over 73. The world No. 12 was seeking his first Aussie Open win, but he was never a factor after his double at No. 9.

Shot of the day: No doubt Davis takes the honor with the perfect approach into No. 12.