Can DeChambeau pass the roar-shock test? 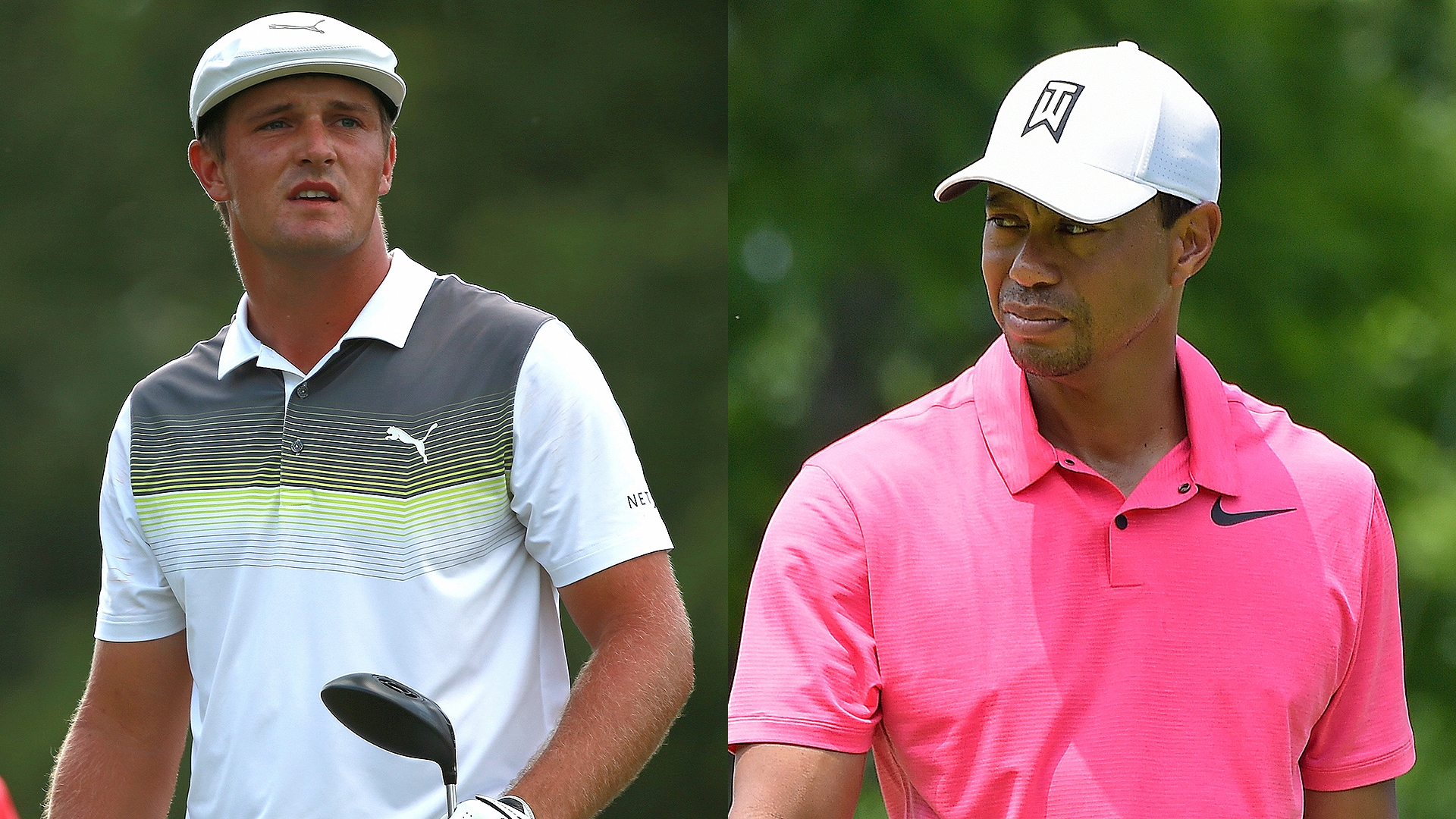 DUBLIN, Ohio – There are roars and there are Tiger roars.

A game that’s so often associated with a golf clap and elevated decorum can become unhinged when Tiger Woods is pushing the right buttons, as he did on Saturday at the Memorial.

One caddie eyed the masses that swarmed Muirfield Village and mused, “bedlam.”

That’s what Woods does. When it comes to excitement he’s the ultimate force multiplier, a collective energizer who can send a gallery into a frenzy with his play. At one point in his career Tiger skillfully used that celebratory shock and awe to his advantage.

An eclectic cast that seems pulled from a Mel Brooks production will find out exactly what that means on Sunday at what has turned into a Memorial melting pot, with a leaderboard that features a 19-year-old Chilean making his fifth start as a professional, a mad scientist and, yes, Woods.

For most in this generation of budding stars the aura of a Sunday charge by Woods was the stuff of video games and YouTube.

Joaquin Niemann, who is tied for second place, was 9 years old when Woods won his last major championship at the 2008 U.S. Open. Leader Bryson DeChambeau was born three years before Woods turned pro. At least DeChambeau, who lists physics as a special interest, has some idea what to expect.

DeChambeau began the final round at this year’s Arnold Palmer Invitational in the final group and listened as Woods did what Woods did so well in his prime, moving to within one shot of the lead early on the back nine and sending the crowd into a controlled chaos.

“I think that's what spurred on Rory [McIlroy] to win that week [at Bay Hill],” said DeChambeau, who posted a 66 on Day 3 and is alone atop the pack at 14 under. “It's definitely a different little vibe. I wouldn't say that it's penalizing in a sense, but it does make you think.”

Woods may be back to something approaching his former glory, but the company line is that he no longer casts the shadow he once did, that the intimidation that accompanied his name atop a Sunday leaderboard has been lessened in recent years by injury and pedestrian results.

There may be something to that, but DeChambeau and Co. are going to put that notion to the test at what will likely be a muddy Muirfield Village with storms forecast to arrive around noon. Even five years removed from his last victory, which came just down the road at the WGC-Bridgestone Invitational, Woods’ appeal is still universal. Just ask McIlroy, who admitted to having flashbacks in March at Bay Hill.

“I could sense it, I could hear it, I had to back off a couple of shots,” said McIlroy, who also moved into the hunt on Saturday with a third-round 64 that left him at 8 under par. “I was on 11 green and he had just made birdie on 13. But it wasn't the birdie, it was actually when he was walking from the 13th green to the 14th tee, there was a Tiger chant, and then I had to sort of back off my putt and sort of let that calm down.”

As Woods approached the turn on Saturday there was no mistaking what was happening. There was an eagle at the fifth followed by birdies at Nos. 6, 7 and 9, each echoing unmistakably across the property.

Woods tied for the lead with an unlikely birdie at the 15th hole after pulling his drive wildly left of the fairway, but he converted from 14 feet, his longest putt of the day. His charge stalled on the next hole with a three-putt from 46 feet for bogey and he would finish with a 68 that felt much more like a 65.

“I'm in position,” said Woods, who was tied for seventh place and five strokes back despite a sometimes balky putter. “The weather's going to be a little iffy. But I'm in position where if I shoot another good round like I had the last two days, I've got a chance.”

DeChambeau has set up shop at Albany in the Bahamas, which is Woods’ home away from home, and the two have developed a friendship this year. Or maybe it’s something closer to a study group considering the duo’s affinity for the more technical aspects of the golf swing.

To prove the point, DeChambeau explained his improved putting this season, referring to the work he’s done with the “Quintic” putter fitting system that’s used by a company called Sik Golf. As for the rest of his game, well, he explained, sort of.

“It's end range of motion work,” he said. “I'm not going to give too much away, but it's got to do with anatomical limits of your body and how you can best utilize them for your proprioception. How about that?”

Maybe that analytical mind, and his familiarity with Woods as well as his past experiences, will give the second-year PGA Tour player the clarity to withstand what may await. Or maybe this new generation is about to learn what it’s like when Tiger brings his Sunday best.