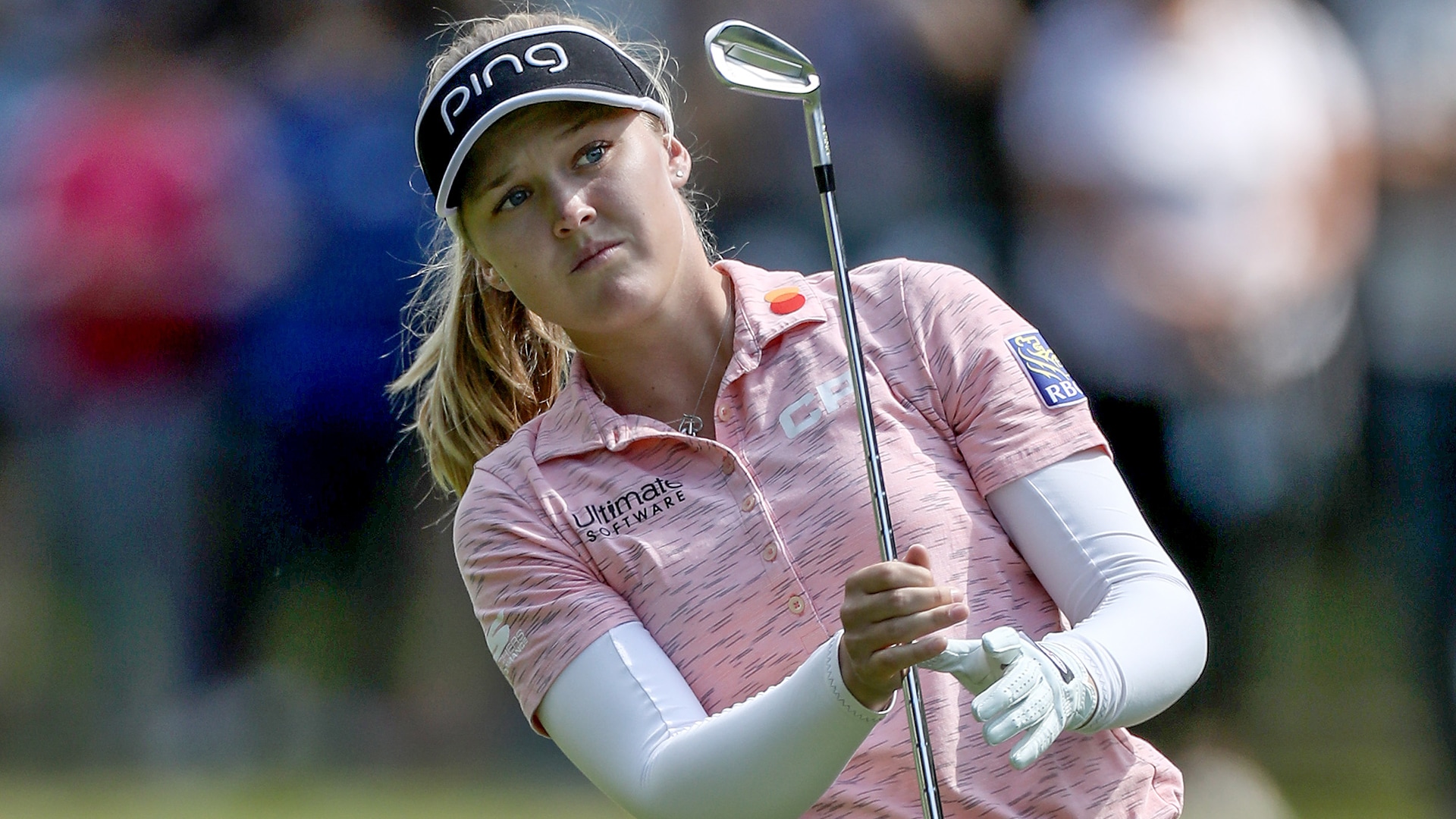 She’s the darling of Canadian golf.

Nobody in the LPGA ranks has a more loyal North American fan base than Brooke Henderson.

She will have an enormous following playing in her backyard again this week, defending her CP Women’s Open title just outside Toronto, four hours southwest of her Smiths Falls home. It doesn’t seem to matter where she plays on the continent, though. Whether she’s on the first tee in Phoenix or Naples, Fla., there are going to be Canadian flags and colors among the contingent faithfully in place to follow her.

But Henderson, 21, acknowledged nothing in her experience compared to winning in Canada last year.

“Probably the highlight of my career so far,” she said this week.

And that’s a career that includes nine LPGA titles, one of them a major, the 2016 KPMG Women’s PGA Championship.

“Just being with all the great fans from the nation, and just having so much attention on me, and then still being able to perform as well as I did, and execute those shots under pressure, was really exciting for me,” Henderson said. “I feel like it gave me a lot confidence and a lot of momentum.”

Her victory in Saskatchewan last year made Henderson the first Canadian to hoist the national women’s open trophy since Jocelyne Bourassa won the inaugural title 46 years ago. The momentum gained helped Henderson win her eighth and ninth career LPGA titles this year, enabling her to surpass Sandra Post, Mike Weir and George Knudson for most victories by a Canadian playing the LPGA or PGA Tour.

Henderson’s title defense comes with much media interest north of the American border. She did 10 one-on-one interviews with national media outlets after her news conference Tuesday, according to one Canadian news site. She also helped entertain clients in a corporate appearance for one of her sponsors.

“Every time I win or do something great, I'm really surprised at the people that reach out,” Henderson said. “It gives you chills, sometimes. Why are these people reaching out to me? It's kind of surreal. Every time my fan base grows in Canada, it's also around the world, which is pretty cool.”