Carnoustie open to any number of scenarios 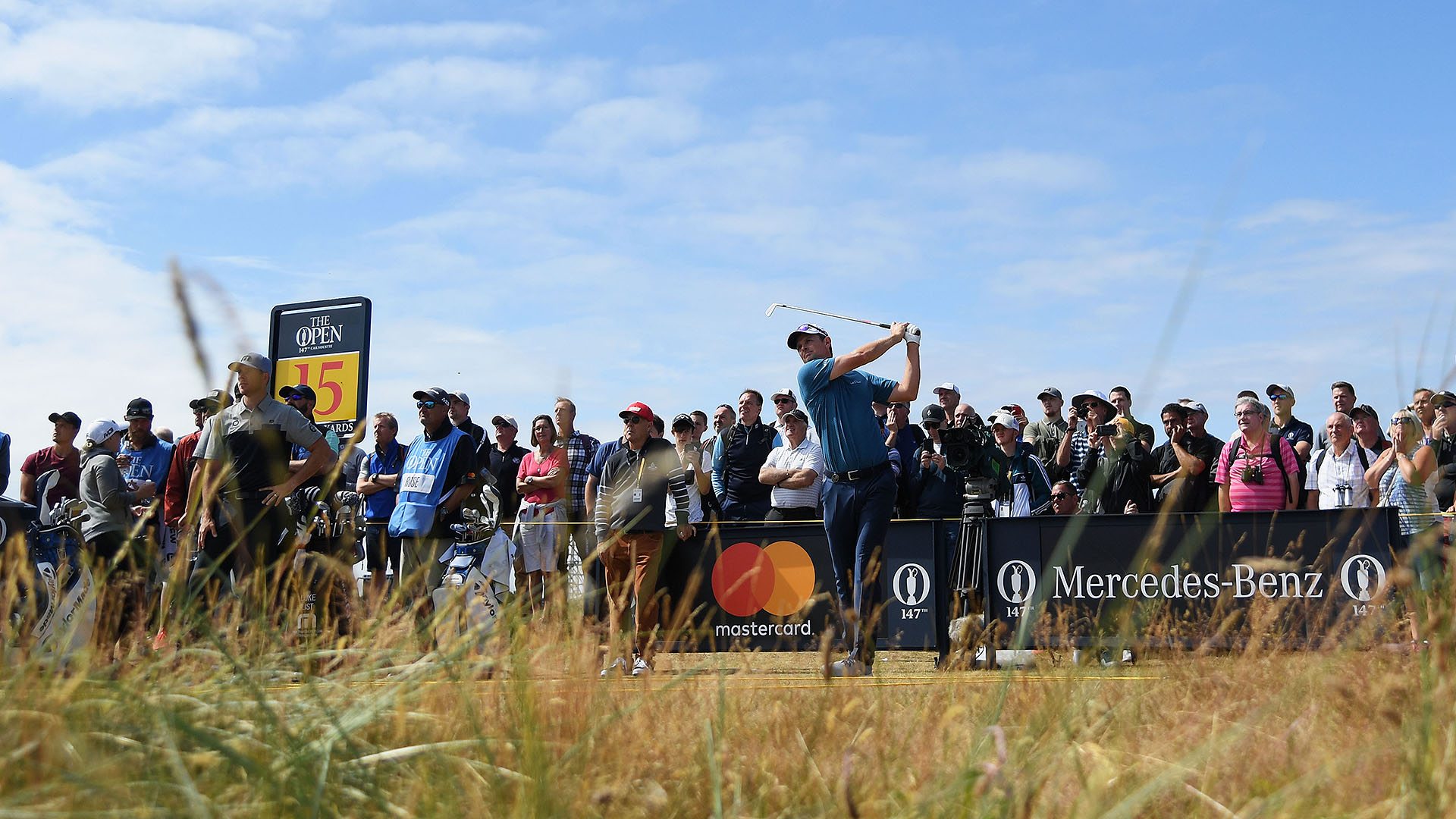 CARNOUSTIE, Scotland – Carnoustie holds a distinct position within the Open Championship’s rotation of storied venues. It’s come by its nickname, Car-Nasty, honestly as the undisputed rough-and-tumble heavyweight of all the championship links.

Historically, Carnoustie is a beast. A punch in the mouth compared to the other stops on The Open dance card. If the likes of the Old Course and Muirfield are the fair ladies of the rotation, the Angus Coast brute would be the unfriendly bouncer.

As personas go, Carnoustie wears its reputation well, but the 147th edition of the game’s oldest championship has taken on a new look this week. It’s not so much the softer side of Carnoustie as it is a testament to the set up philosophy of the R&A.

Unlike its sister association in the United States, the R&A allows Mother Nature to decide what kind of test a championship will present and this Open is shaping up to be something far different than what the golf world is accustomed.

Instead of the thick, lush rough that ringed the fairways in 1999 and 2007, the last two stops at the par-71 layout, this year has a dust bowl feel to it. The stories have already become legend: Padraig Harrington hit a 457-yard drive on the 18th hole during a practice round that bounced and bounded into Barry Burn and on Monday Tiger Woods slashed a 333-yard 3-iron down the same power alley.

“It’s so fast. It’s nothing like ’99 – that was like a jungle. It was wet, rough was up, there was wind. In 2007, it was cold and green,” said Ernie Els, who has played two championships at Carnoustie. “But this is very, very dry. Very different.”

Anywhere else these divergent conditions would simply be the nature of the game’s most hands-off major, but at Carnoustie it’s created an information vacuum and wild uncertainty.

Within a 48-hour window, two of the championship’s easy favorites offered diametrically contrasting philosophies on how they might play Carnoustie.

“There's eight or nine drivers we hit. Depending on the wind direction, we could hit more,” said Brooks Koepka, who won his second consecutive U.S. Open last month. “It's so burnt out, where there's a lot of opportunity where the rough's not quite as thick as I expected it to be.”

That was in contrast to how Jordan Spieth, this week’s defending champion, was thinking he would play the course.

“I talked to [caddie Michael Greller] a little bit about what he thinks, and he said, ‘You might hit a lot of 5-irons off the tee, you might wear out 5- and 4-irons off the tee instead of hitting 3- or 2-irons like you're used to,’” Spieth said.

Unlike previous championships that were played at Carnoustie, which were won by the player best prepared to take a punch, this one might come down to which strategy, controlled and calculated or bold and brash, works best.

In theory, the bombers seem to be on to something, primarily as a result of the dry conditions that have produced uncharacteristically thin and playable rough. The alternative is weaving irons in between the countless bunkers that pepper each fairway, which on links courses are widely considered true hazards compared to what players face at other major venues.

“I would definitely say it is a bomber’s course,” said Gary Woodland, who counts himself among the long-hitting set. “A lot of the bunkers here are 285, 290 [yards] to cover, for us that’s nothing. You can take them out of play, which normally isn’t the case because it’s windy and rainy over here.”

That line of thinking leads to a rather narrow list of potential contenders, from betting favorite Dustin Johnson to Rory McIlroy and Koepka. But that logic ignores the inherent unpredictability of The Open, where countless contenders have been undercut by the rub of a bad draw and the always-present danger of inclement weather.

Although this week’s forecast calls for continued dry weather, winds are currently forecast to reach 25 mph on Sunday which could upend game plans, regardless of how aggressive or conservative one intended to play the course.

Despite conventional thinking and the realities of a modern game that is being dominated more and more by long hitters, there are compelling arguments for the other side of the bash-or-bunt debate.

One needs to look no further than Woods’ record on similarly dusty tracks as an example of how a conservative approach can produce championship results. In 2006 at Royal Liverpool, Woods, who is playing his first Open since 2015, famously hit just one driver all week on his way to victory, and he was just as effective in 2000 at St. Andrews when the Old Course also played to a bouncy brown.

“It could be that way,” Woods said when asked to compare ’06 at Hoylake to this week. “Either case, I'm not going to hit that many long clubs off the tees.”

Adding to that uncertainty is Carnoustie’s track record in producing late drama on Sunday. This is, after all, the same slice of coast where Jean Van de Velde stepped to the 18th tee box with a three-stroke lead in 1999 only to slash his way to a closing triple-bogey 7 and the game’s most memorable, or regrettable, runner-up showing.

In ’07, the heartbreak went extra frames for Sergio Garcia, who appeared poised to win his first major championship before he bogeyed the last hole and lost a playoff to Harrington.

Even this week’s baked-out conditions can’t mitigate the importance and challenge of what many consider the most difficult Grand Slam finish; but the yellow hue has certainly created an added degree of uncertainty to an already unpredictable championship.