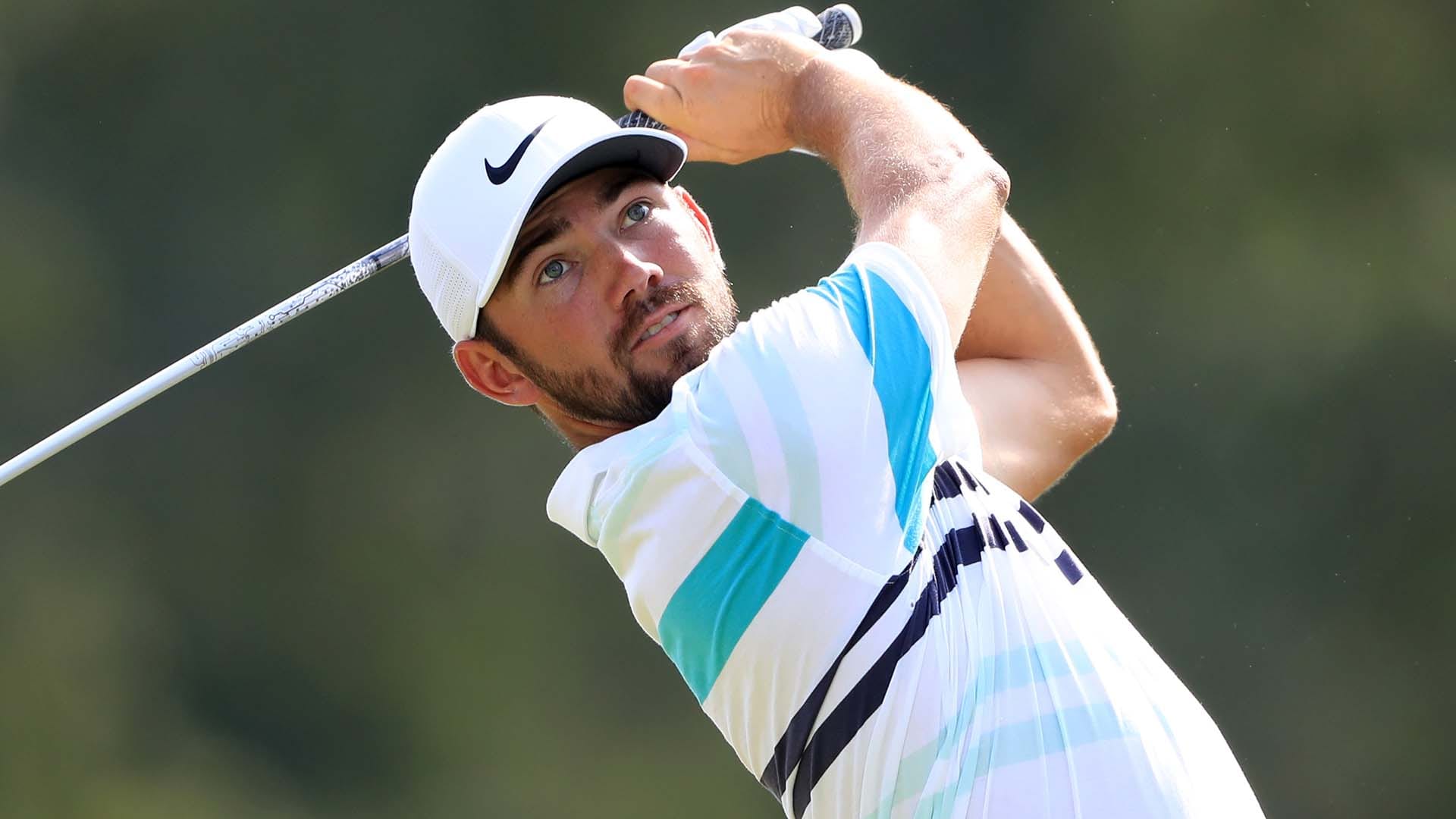 HUMBLE, Texas – After playing his first five holes Thursday at the Houston Open in 5 over with two double bogeys, Chandler Phillips turned to his caddie, Landon Ewing, and said, “Screw it.”

Not the round but rather his hesitant play.

Phillips’ aggressive strategy paid off. He made five birdies and played 4-under golf the rest of the way, finishing with a respectable 1-over 73 that left him with a chance to make his first PGA Tour cut.

A day later, Phillips had another less-than-ideal start, though in a different way. He hit one shot Friday morning, a tee ball at the Golf Club of Houston’s par-4 10th, before a thunderstorm moved in and suspended play. When Phillips returned to the course about two hours later, he was greeted with conditions that were much windier and colder.

“I hit one shot, there was no wind and I was in my shirt, no jacket. We go back out there and it was blowing 20-25 [mph] and it felt like the temperature had dropped 20 degrees,” Phillips said. “It didn’t even seem like the same day.”

Phillips, however, delivered nearly the same performance as the day before. He carded five birdies, though this time he shot 1-under 71. At even par through 36 holes, he has a solid chance to make the weekend in what is just his second Tour start since turning pro in August.

In his pro debut, Phillips didn’t handle adversity well and missed the cut by a shot at the Sanderson Farms Championship. That week, Phillips had his second-round tee time pushed back because of weather. When he went to bed that Friday evening, he was on the cut line still with holes to play. When he putted out Saturday morning after two bogeys in his final six holes, he was just below it.

“I tried to force it and not play my game,” Phillips said.

Phillips certainly still has much to learn as a pro, but he’s steadily gaining experience. The Huntsville, Texas, native moved to nearby The Woodlands, where he shares a house with Cameron Champ, his former roommate from Texas A&M. Champ left school a year-and-a-half before Phillips and has already won twice on the PGA Tour, including earlier this fall at the Safeway Open.

The two are like brothers, Phillips says, and they practice together frequently, though their games couldn’t be more different. Phillips relies more on his short game and putting and less on his tee ball.

Phillips doesn’t pick Champ’s brain as often as one would think, either. Instead, they talk about other things, including hunting and their trucks.

One day soon, Phillips hopes to join Champ out on Tour full-time. The former All-American got through first stage of Korn Ferry Tour Q-School last month and will play second stage later this month at TPC Craig Ranch in McKinney, Texas.

“I’ve never played there before, but I heard that the wind could blow there and it could play really hard, and that plays right into my game,” Phillips said. “Getting punched in the mouth, I don’t know why, but it’s kinda fun to me.”

On Friday, Phillips showed it. 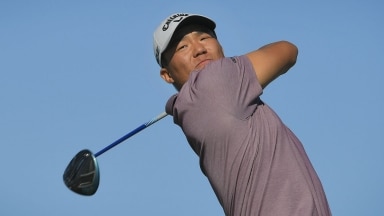 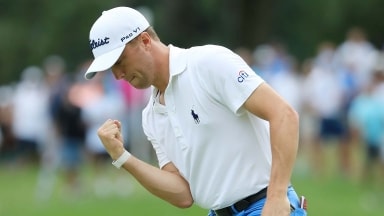 In Stock Watch, Justin Thomas is on the rise at the most lucrative time, while a couple of veterans are not looking like team players.