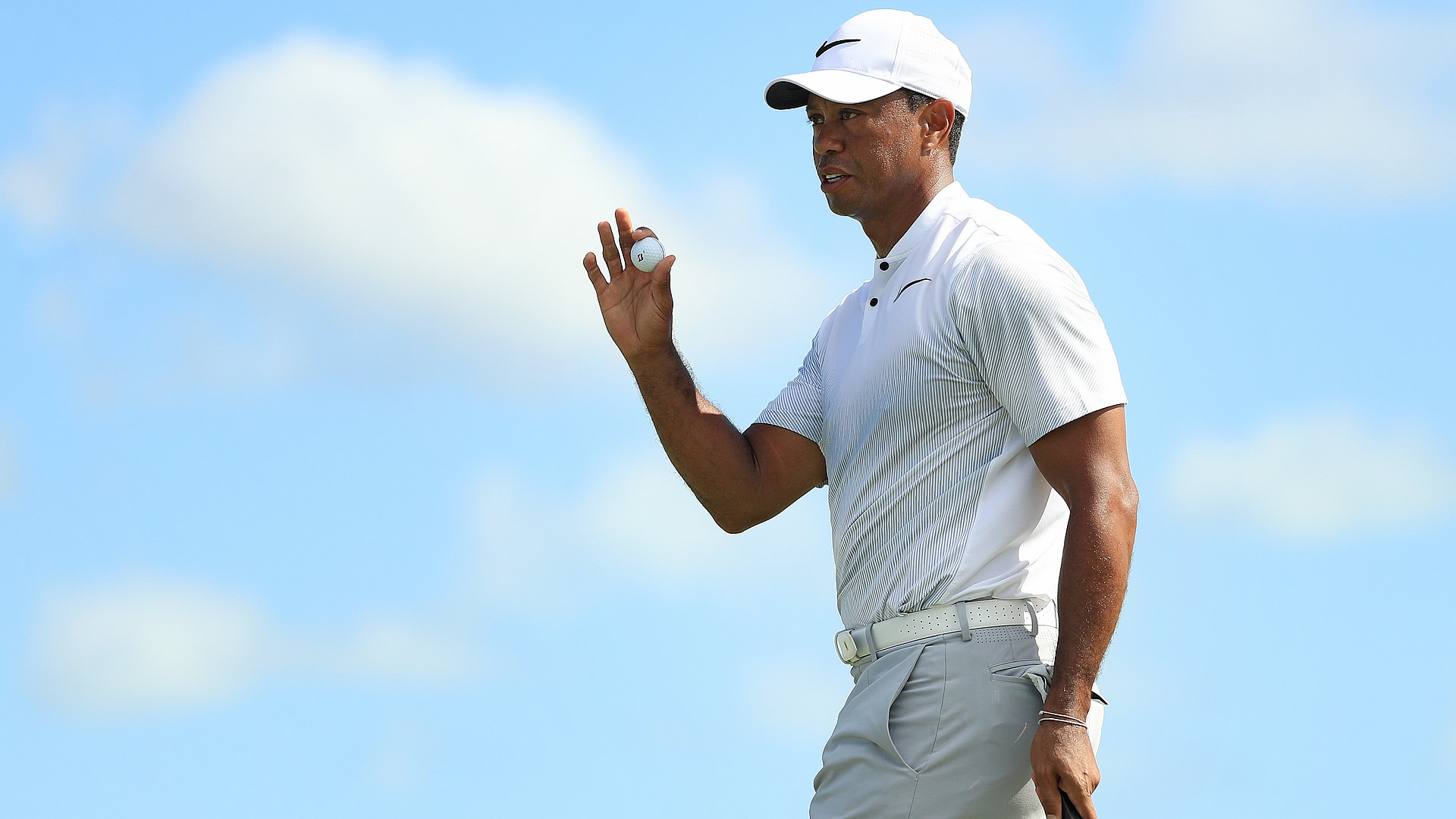 Charley Hoffman birdied his last five holes to shoot 9-under 63 Friday and take a three-shot lead over Jordan Spieth and Tommy Fleetwood heading into the weekend at the Hero World Challenge. Here’s where things stand through 36 holes in Albany, where tournament host Tiger Woods shot a second-round 68 and at different times held the outright lead:

What it means: Hoffman is seeking his first worldwide win since the 2016 Valero Texas Open. He’ll be chased over the weekend by the champion golfer of the year, Spieth, and the reigning Race to Dubai winner, Fleetwood. Three back, Rose is an Albany resident who has won twice in the last five weeks. Five back, Matsuyama seeks to successfully defend after winning this event last year, while Woods looks for his first win of any kind in over four years, since the 2013 WGC-Bridgestone. Woods is already a five-time winner of this event.

Round of the day: Hoffman made a whopping 12 birdies Friday, including five straight to close out his round. He went out in 31, made the only par of his back nine at the 10th, and then filled in the rest of his scorecard with geometric shapes, most of which were circles.

Best of the rest: Matsuyama and Patrick Reed both turned in rounds of 66. Reed was a bogey-free 8-under on his day before making double at the home hole.

Biggest disappointment: Woods’ back nine. The 14-time major winner was a spotless 6 under on his round through 11 holes before playing the rest of the golf course a birdie-free 2 over. While his ball striking was sharp and his short game improved, Woods’ speed control on the greens cost him shots and slowed his momentum after a fiery start.

Shots of the day: Woods’ 3-wood to the par-5 ninth and his ensuing eagle putt, which gave him the outright lead at 8 under par:

Tiger Woods has taken the lead at the Hero World Challenge!#QuickHits pic.twitter.com/0onzBIK1go

Quote of the day: “I proved that the surgery was successful. The rehab has been fantastic. And now I’ve got a chance to go out there and play competitive golf again.” – Woods, on what he’s proved to himself through two days