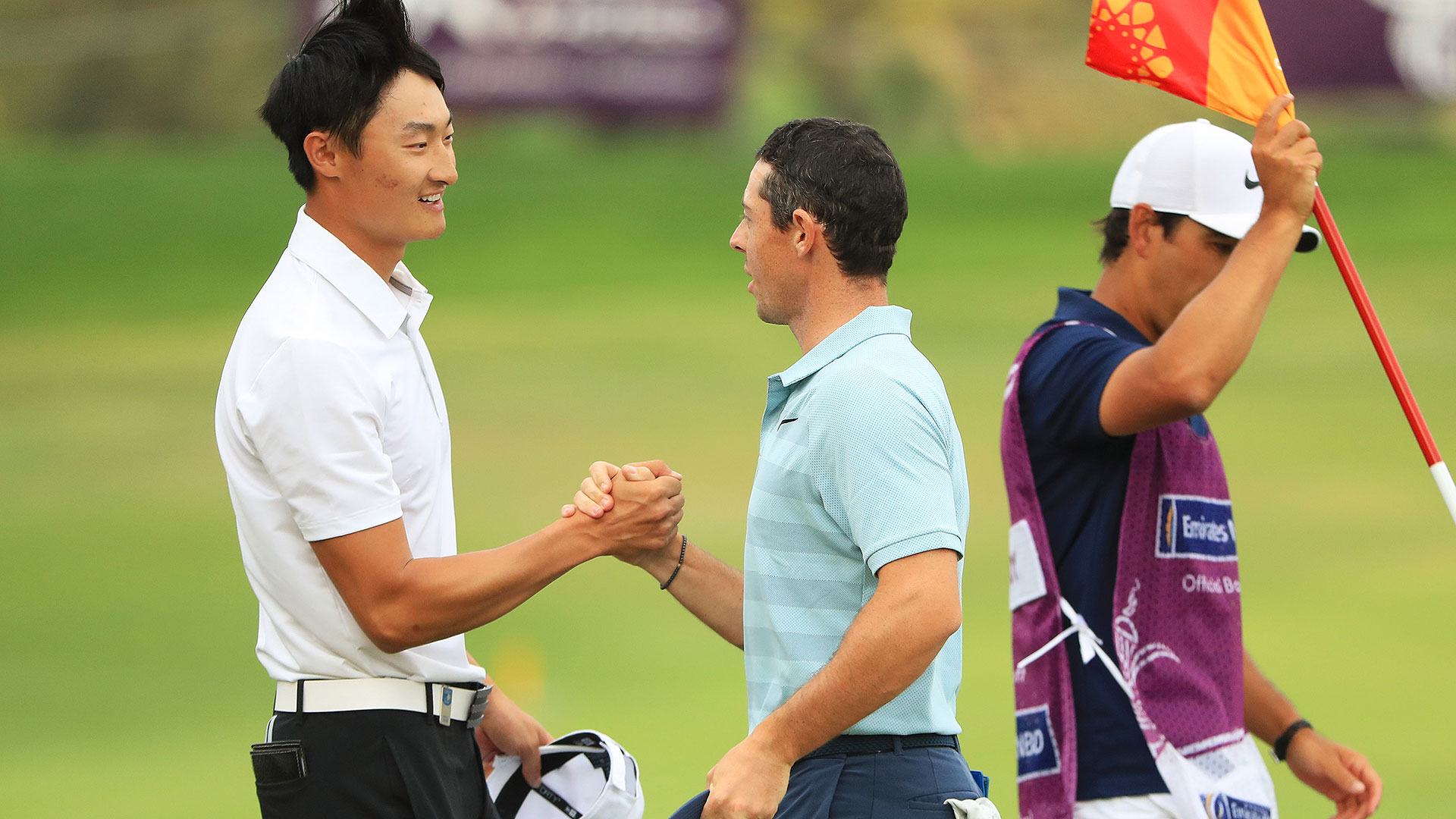 Capping a back-nine flurry with a closing birdie, Haotong Li not only topped the final leaderboard at the Omega Dubai Desert Classic - he took down the best player in the field in the process.

Li rolled in a 12-foot birdie putt on No. 18 to close his final round with four birdies over his final six holes. At 23 under, he set a new tournament scoring record and finished one shot ahead of Rory McIlroy, who for much of the day appeared in line for his first tournament victory in more than a year.

After bogeys on Nos. 10 and 12, Li fell two shots behind McIlroy and appeared largely out of the title race. But he bounced back with a birdie on the par-5 13th, then added three birdies over his final four holes. That helped him catch and ultimately pass McIlroy, who was sizing up a short birdie putt on the 72nd hole that could have forced a playoff when Li buried his final putt to clinch victory.

At age 22, Li now has six professional wins including two on the European Tour. He becomes the first Asian player to win this event, and after starting the week ranked No. 60 in the world he will now become the first Chinese player to crack the top 50 in the rankings.

Prior to this week, Li's claim to fame was a third-place showing at The Open last summer at Royal Birkdale, where he closed with a 63 to earn an invitation to this year's Masters.

While McIlroy's winless drought continues, his performance in Dubai showed plenty of promise as he continues his ambitious, early-season schedule. McIlroy is now 40 under par across his first eight competitive rounds of the new year, and his solo runner-up comes on the heels of a T-3 finish last week in Abu Dhabi.

After starting the year ranked No. 11, McIlroy is expected to return to the OWGR top 10 when the next rankings are published.