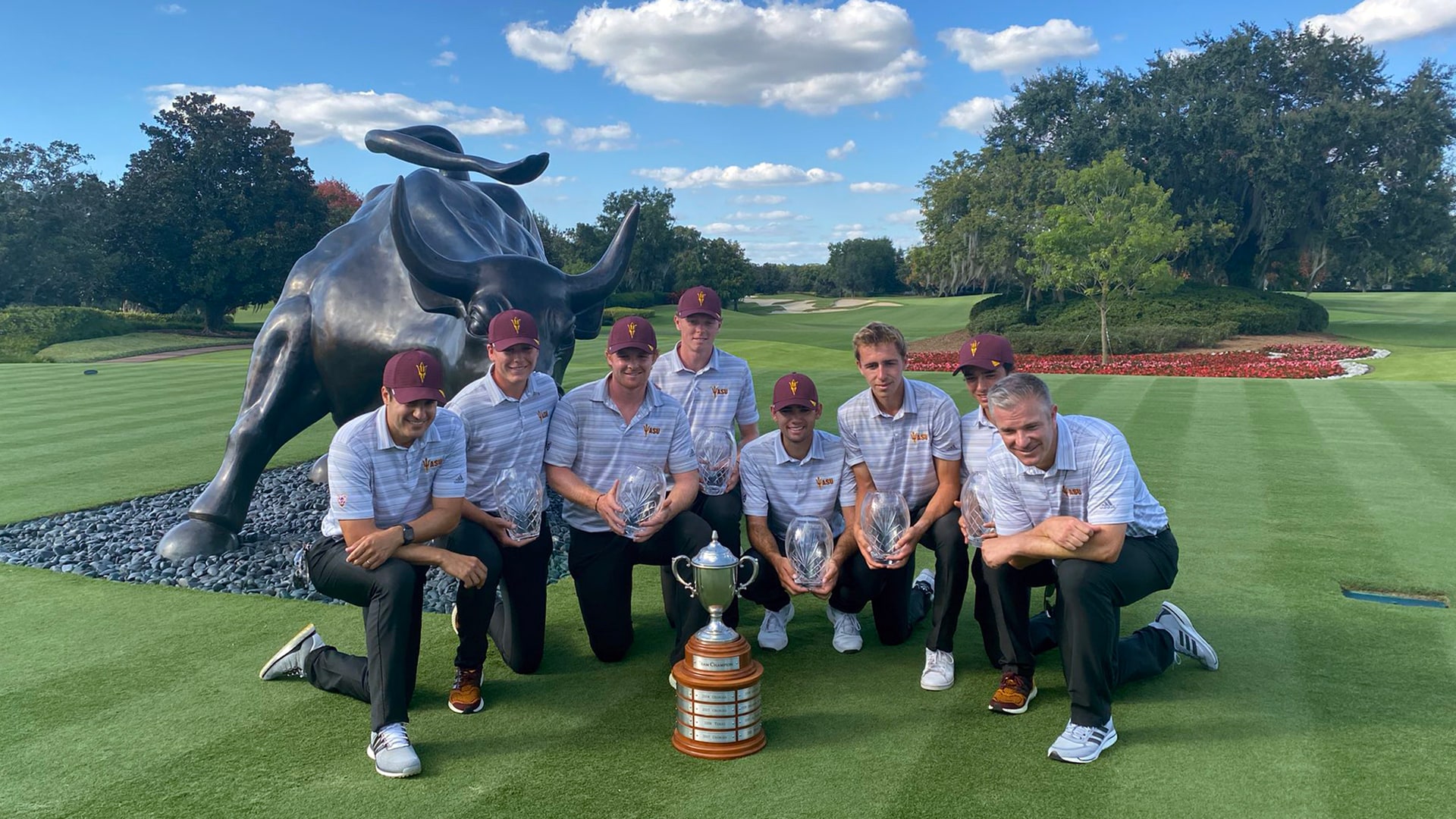 When Arizona State head coach Matt Thurmond found out that the Sun Devils would not be competing last fall because of the COVID-19 pandemic, much like his players, he didn’t quit finding ways to get better. One characteristic of successful coaches is the ability to effectively relate to their players, and Thurmond took strengthening his leadership capabilities to a new level.

He decided to go back to school.

No, he’s not planning to change careers, but Thurmond saw an opportunity to grow while fulfilling a lifelong personal expectation of getting a graduate degree. So, he applied and was accepted last August into Arizona State’s Thunderbird School of Global Management, where he is currently pursuing a master’s in Applied Leadership and Management.

For Thurmond, the past year has been busy – and admittedly, there have been a lot of boring evenings in the Thurmond household (his wife, Kathryn, entered an elementary education master’s program at the same time and is now teaching fourth grade) – but the new journey has also been rewarding.

“It’s actually really cool to be doing what my players are doing, to know what it’s like to be a student at ASU and have all the group meetings and the quizzes that are due by midnight and the papers that I have to turn in,” Thurmond said. “To go play 36 holes and then I have to go back to the room and knock out a quiz … I have that every week. I’m just like the guys.”

And like he tells the guys, school comes first. Thurmond, who is on track to graduate in the spring, recently had to miss the first two days of the Isleworth Collegiate in order to satisfy a mandatory weeklong field study. He spent last week in Nairobi, Kenya, with his classmates, visiting CEOs of three different major companies and paying a visit to the home of Kenya’s deputy president, William Samoei Ruto, to meet with his spouse, Mama Rachel Ruto. They also took part in several cultural activities and even went on a safari.

“All with an awesome group of students who inspired me and made it fun and memorable,” Thurmond said.

Thurmond then flew straight from Jomo Kenyatta International Airport to Orlando, Florida, to join his team, which had built an 11-shot lead after the first round with assistant Armen Kirakossian assuming all the coaching duties.

“We did a lot better when I wasn’t there,” Thurmond quipped.

The Sun Devils entered the final round at Isleworth Golf and Country Club tied with Auburn for the lead and quickly found themselves eight shots down to a charging Illinois squad. Senior Cameron Sisk had coughed up his individual lead with a double bogey and triple bogey on his front nine, and none of the Sun Devils could get anything to drop.

So, with his team reeling and through seven holes, Thurmond asked a broadcast journalism student who’s been traveling with the team all fall to record a short video.

It has not gone well for us so far … but I’ve got a great feeling about today, we have a bunch of really tough guys and we’re going to come back and win this thing.

“I actually felt it,” Thurmond said. “You always think positively, but I really felt good and knew we were going to make a run at some point.”

The Sun Devils did. Sisk didn’t end up counting, as he fell back into a tie for fifth, but the other four starters combined to shoot 8 under on the back nine and edge Illinois by two shots for Arizona State’s first win at this event and of the fall.

“This was an emotional win, and it took a lot out of us to come back like we did,” Thurmond said.

Now, Arizona State must quickly recharge, as it caps its fall campaign at the East Lake Cup, which begins Monday in Atlanta. The Sun Devils will be joined by the other three NCAA semifinalists from last season – winner Pepperdine, Oklahoma and Oklahoma State – so it won’t be an easy test next week.

That’s especially true for Thurmond: He has a group project due next week. 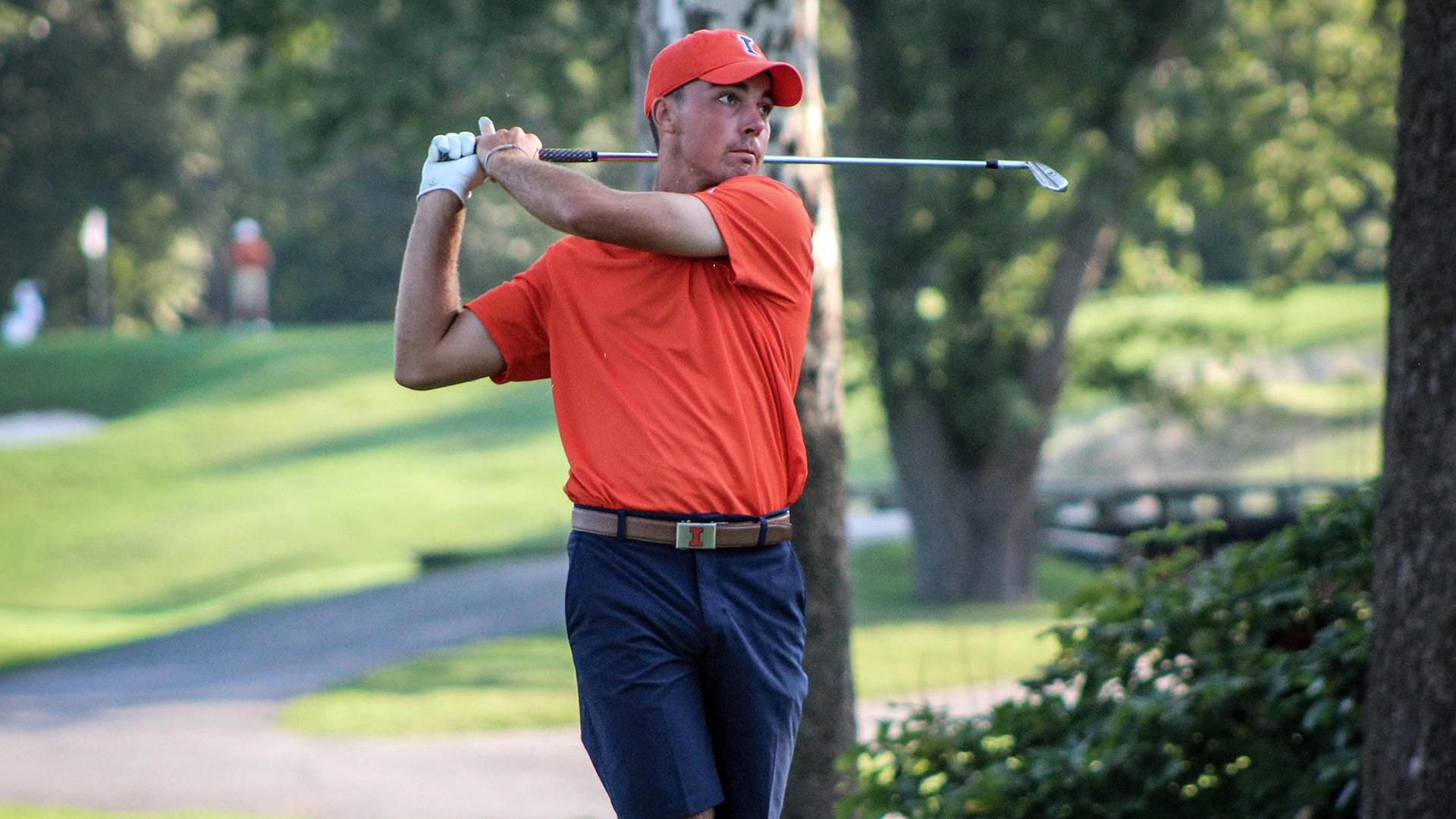 Now in the Hunt

Piercen Hunt was the only Illinois freshman to make the trip for each of the Illini’s three postseason events last spring.

He just never hit a shot.

As the sixth man, Hunt was relegated to outside the ropes, but that didn’t exempt him from gaining experience. He learned what resolve looks like as his teammates rallied on the final day of the Big Ten Championship to clip Iowa by a shot and win the conference for a sixth straight year. At the NCAA Championship, Hunt prepared as if he’d be competing at Grayhawk, playing the practice round at Grayhawk and scouting out the hole locations for his teammates. He then carried extra waters in a backpack all five days, hydrating Illinois’ run to the quarterfinals in the Arizona desert.

“Last year was great for me,” Hunt said. “I had a lot of guys ahead of me who I learned a lot from and a lot of guys who I felt, as I got better, I started to push more and more. … I would’ve loved to have been playing, obviously, but it was a wonderful experience.”

Hunt’s patience has paid off this season. On the heels of a summer in which he won the Wisconsin State Amateur and medaled in his U.S. Amateur qualifier, the Wisconsin native finished in the 40s in each of his first two tournaments of the fall before finally finding his groove earlier this month at The Blessings, where he tied for fourth.

He carried that momentum over to the annual event at Isleworth, where he carded bookend 68s and birdied two of his final three holes to win the individual title by a shot.

“A lot of it is mental – staying in rounds, just grinding and getting the most out of every situation,” Hunt said of how he’s improved upon his freshman year. “It sounds a lot easier than it is, and recently I’ve just been doing a better job of it.”

It’s safe to say Hunt won’t be carrying waters next spring at Grayhawk. 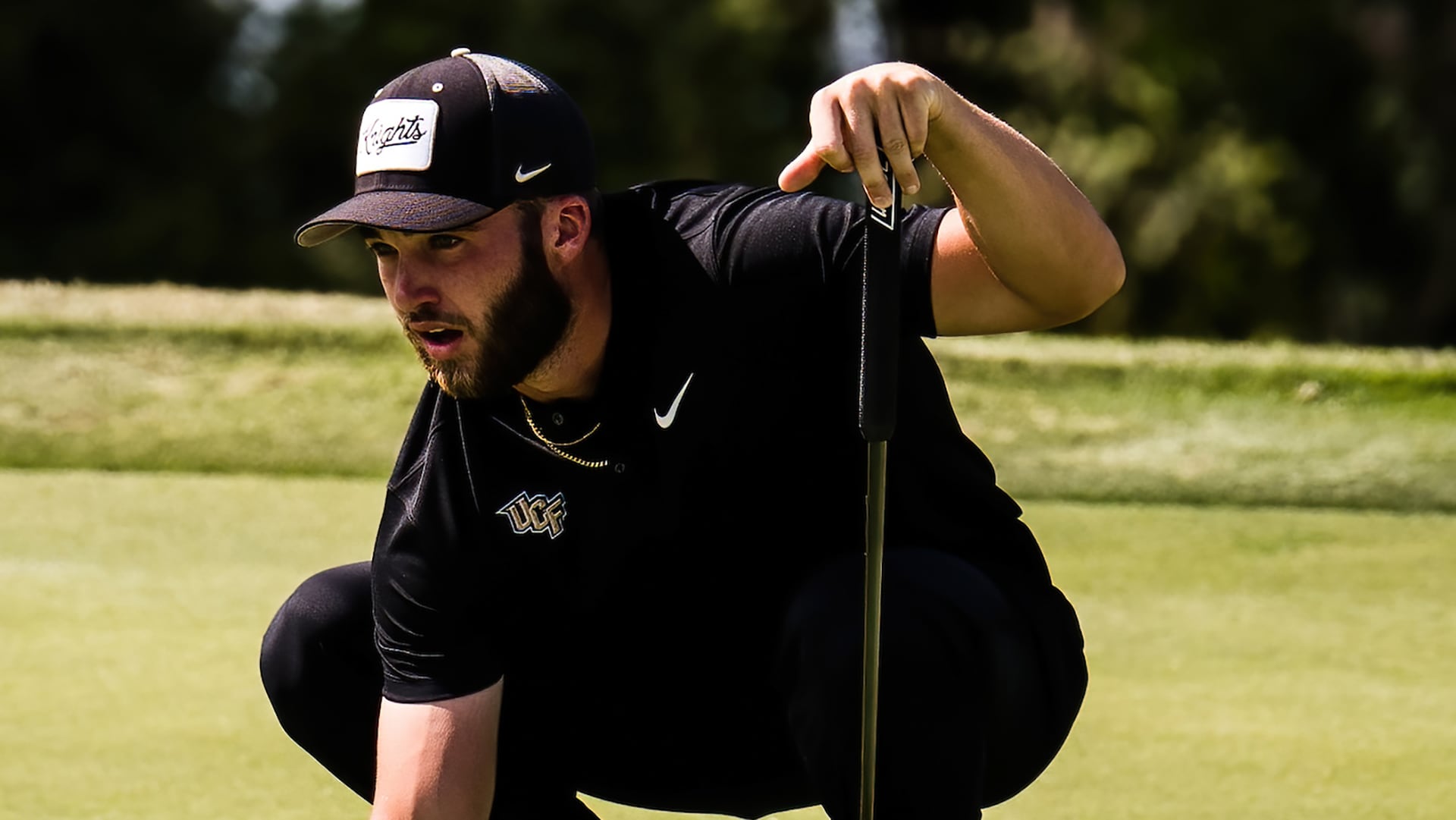 Horse for the course

If Isleworth Golf and Country Club ever needed a new name, perhaps “Travalesworth” would do. After all, no player has performed better in competition around the tony Windermere, Florida, layout than UCF senior Johnny Travale.

Two years ago at Isleworth, the then sophomore closed in 8-under 64 to win the individual title by three shots and help the Knights to a 16-shot team victory. He nearly successfully defended his title on Tuesday (last year’s event was canceled because of the pandemic), stringing together three straight under-par rounds to finish solo second at 6 under, a shot back of medalist Piercen Hunt of Illinois.

“I haven’t shot over par here in quite a long time,” said Travale, who is also 10 under in his last three qualifying rounds on the layout. “I love this course.”

Travale doesn’t just play well on Isleworth, though. He is approaching the top 100 in the World Amateur Golf Ranking after a summer that included a match-play appearance at the Western Amateur and a fall that featured back-to-back victories, at the Hartford Invitational and Carolina Collegiate.

He will now take a break until the South Beach International Amateur in December before heading home to Stoney Creek, Ontario, for Christmas. It will mark only Travale’s second time home in nearly two years, as he spent a week there after the U.S. Amateur in August following about 19 months away because of pandemic restrictions.

For Travale, there’s no place like home – unless, of course, it’s Isleworth.

Washington senior RJ Manke continues to rise in the PGA Tour University presented by Velocity Global Ranking, as he now is knocking on the door of the top 5 thanks to a fall season that included two wins and three other top-3 finishes. 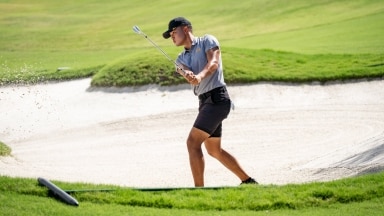 Arizona State's Gabe Salvanera fired a 63 Saturday at the Maui Jim Intercollegiate after an encouraging text from teammate Ryggs Johnston. 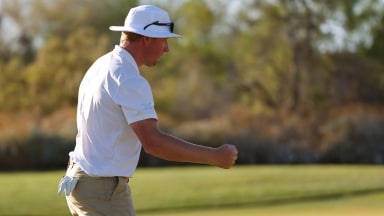 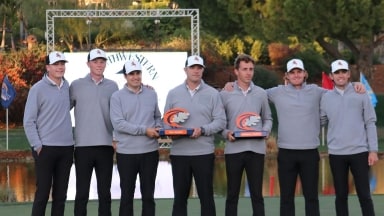