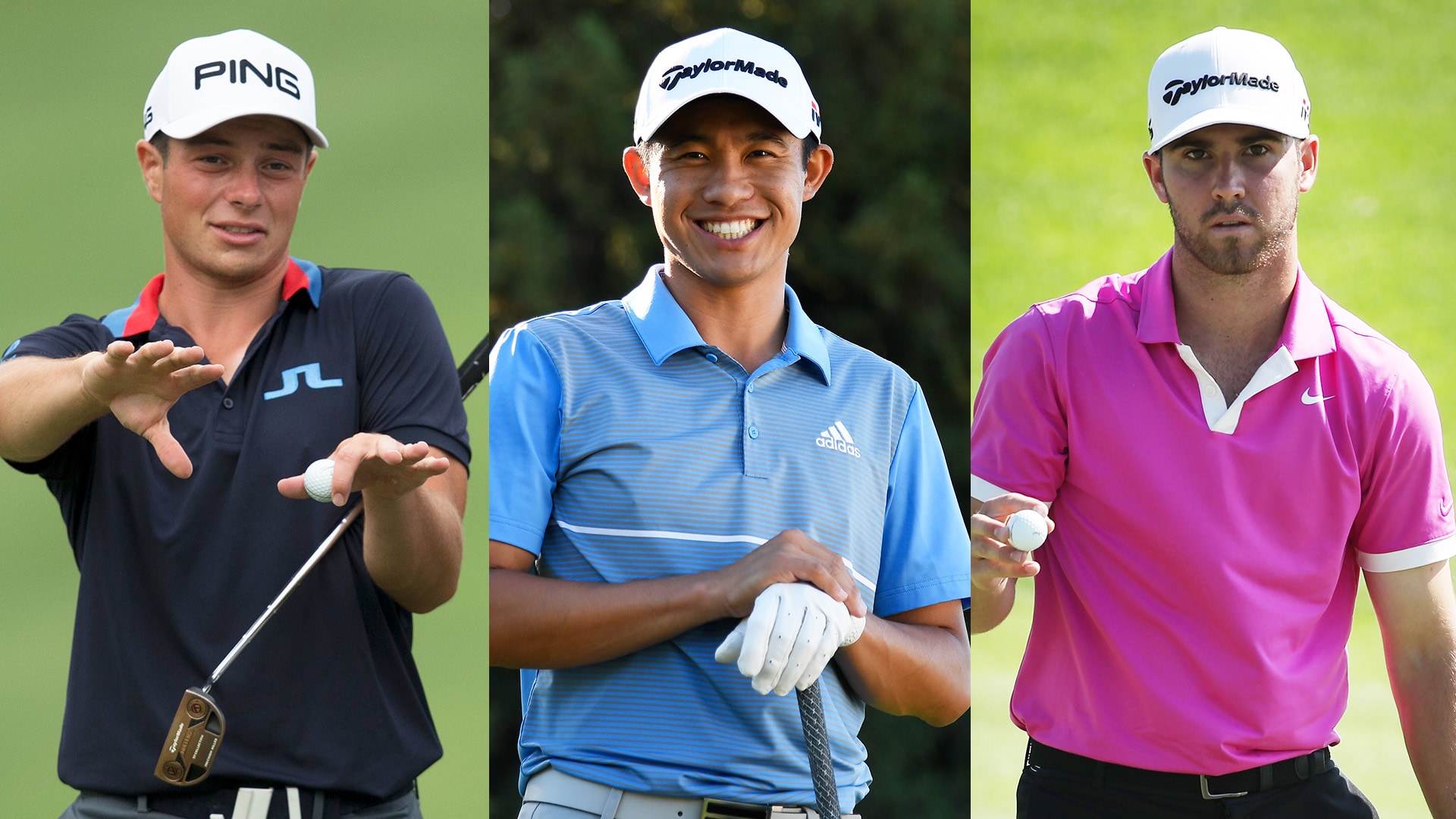 PONTE VEDRA BEACH, Fla. – At the grand old age of 26, Justin Thomas was asked about the new generation of PGA Tour players who will be featured this week at TPC Sawgrass.

“Am I officially out? Am I thrown out of the young [guns]? Man, that's rough,” he joked.

Stunted attention spans and a pathological need for something new aside, Thomas is uniquely qualified to assess the up-and-comers, given that he was among the last group to promise unprecedented change at the game’s highest level.

“The fact that those three guys have won already is unbelievable. They probably don't even realize how impressive it is,” Thomas said. “They also understand how talented they are, and we do, too, and they're going to be out here for a long time.”

“For us, we’re just going to keep wanting to set new goals, that’s when it’s hard to realize and take a step back and see what we’ve done in the past year,” said Morikawa, who won in his sixth start as a professional at the Barracuda Championship. “We’ve had our sights set on this; obviously it’s very hard to do it. I hope I do realize at some point when I look back and realize this was awesome to be here. To do what we did in the past nine months, it is special.”

Wolff, 20, was the first of the group to break through on the biggest stage when he held off Bryson DeChambeau and Morikawa at the 3M Open in July. It was just his third start as a pro after he’d bolted Oklahoma State.

“What we did is pretty unbelievable,” Wolff said. “You’ve seen it happen before, but to have three guys come and use their sponsor exemptions in the same year to get their PGA Tour card right off the bat, that is pretty exceptional.”

Hovland was a teammate of Wolff’s in Stillwater, Oklahoma. The 22-year-old took a bit more traditional path to the big leagues via the Korn Ferry Tour and he’s quickly become the most seasoned professional of the group, with 19 starts around the globe since leaving school. It’s been a blur for all three players, but they have, to varying degrees, taken the time to savor the accomplishment.

“It’s hard to quantify. It feels really special to me,” Hovland said. “Just to look at Matt and Collin and thinking back to the college days and knowing that we are all Tour winners. That’s really cool.”

Hovland’s victory two weeks ago in Puerto Rico was particularly impressive based on an admittedly testing finish. Unlike Wolff’s breakthrough at the 3M Open when he was flawless with a closing 65, or Morikawa’s three-point victory (modified-Stableford scoring) at the Barracuda Championship, the Norwegian had to overcome a triple-bogey 6 on the 65th hole.

“I’ve thought about how I was able to handle the bad shots that I hit,” Hovland said. “I was really in a good place mentally, I didn’t let it really bother me, especially that triple bogey. I just put that behind me, and I was able to pull off some really nice shots coming down the stretch.”

This week’s Players Championship is a particularly unique time to take stock in how quickly they’ve transitioned to the play-for-pay world considering that a year ago all three were savoring college life.

Wolff figured he spent the second week of March last year perfecting a familiar routine for a college athlete, “either napping, working out, eating or practicing,” he said with a laugh.

“It’s still kind of crazy, less than a year ago we were playing tournaments in college,” Hovland marveled.

Morikawa was reminded of how far he’s come since leaving the University of California-Berkeley early Wednesday when he checked a social media account.

“I looked at my Snapchat, at the memories. Just yesterday I was practicing at what we call Metro, which was our short-game area at school,” he said. “It’s crazy because I look back and I was just practicing like a normal college student would after class.”