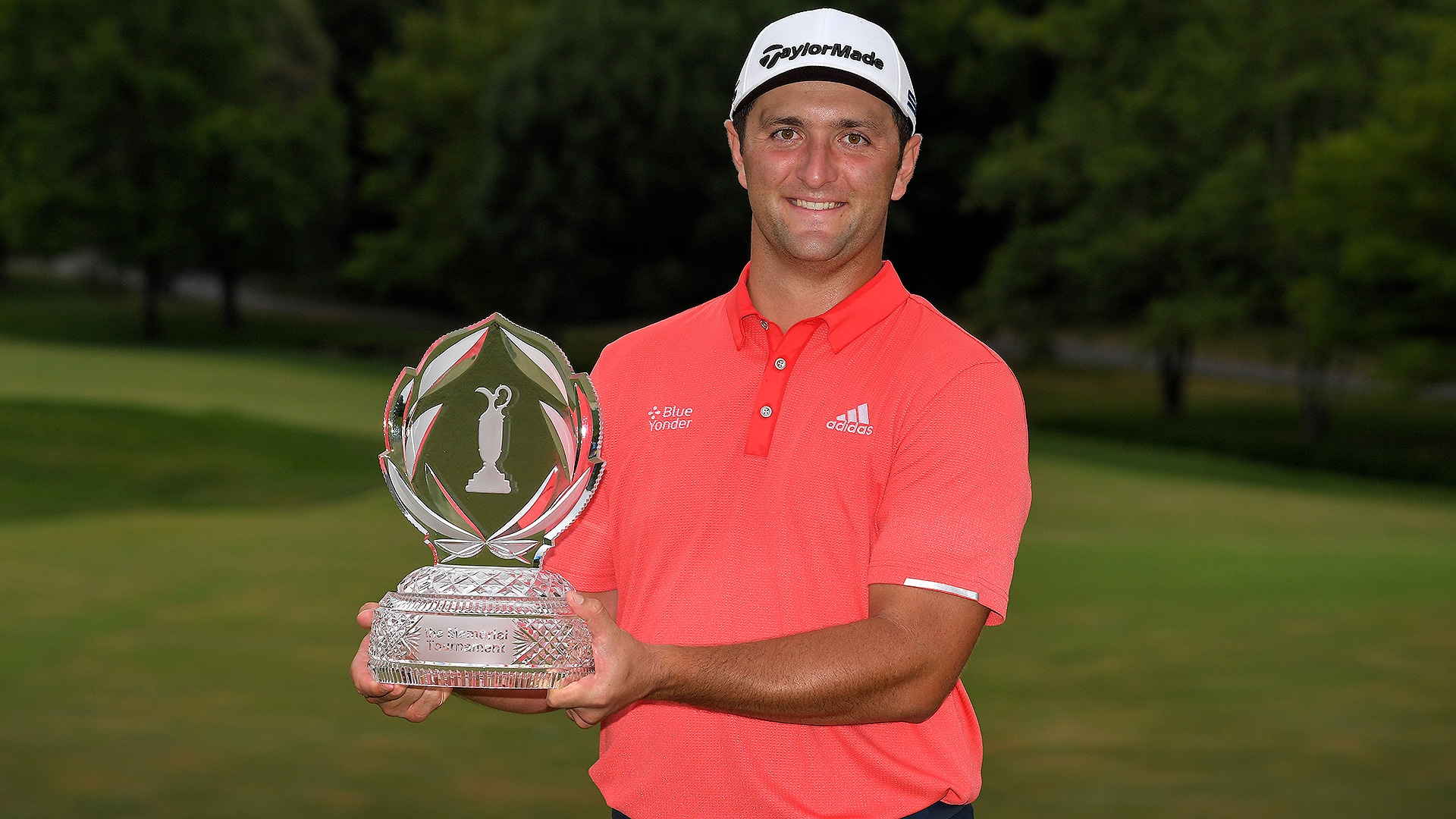 Getty Images
Jon Rahm of Spain celebrates with the trophy after winning the Memorial Tournament presented by Nationwide at Muirfield Village Golf Club on July 19, 2020 in Dublin, Ohio. (Photo by Stan Badz/PGA TOUR via Getty Images)  -

DUBLIN, Ohio – Phil Mickelson knows a lock when he sees one.

Long before Jon Rahm became a 10-time professional winner around the globe, Lefty pegged the Spaniard as a top-5 player in the world - within a year of turning pro.

That was 2016. On Aug. 27, 2017, Rahm cracked the top 5 and on Sunday at a menacing Muirfield Village, he exceeded those lofty expectations by winning the Memorial Tournament and becoming world No. 1.

“Jon Rahm is a remarkable talent, and you're seeing it,” said Mickelson, whose brother, Tim, was Rahm’s college coach-turned-manager when Rahm turned pro. “You're seeing it in his play week in and week out from a game that has no weaknesses - drives it long, drives it straight, good iron play, good wedge player, great putter. He just doesn't have a weakness, and he also has great course management, thinks himself around the golf course, and he knows himself.”

He certainly knows more about himself following a dominating performance at the season’s most demanding test. Following three scorching days at Muirfield Village, the layout had baked to crispy perfection. The weary consensus was that this was a true major test and even a 54-hole, four-stroke lead wasn’t comfy enough.

Not only did Rahm, who closed with a 75 for three-stroke triumph, cruise to victory and ascend to No. 1 in the world ranking, but he did so showcasing both patience and maturity.

Composure is a common critique of Rahm’s repertoire and perhaps earlier in his career that passion, which burns intensely at both extremes, was a lid worth tightening. But experience and marriage and a few trips around the world have tempered that edge, however slightly, and created a player who is complete both physically and mentally. His on-course composure aside, you don’t ascend to the top of your profession without having a healthy grasp on your emotions.

“That's why he's so good. You've got to have that,” said Sunday’s runner-up, Ryan Palmer, who partnered with Rahm at last year’s Zurich Classic, which the duo won. “He probably gets a bad rap every now and then from his fiery outbursts, but that's what drives him and gets him going.” 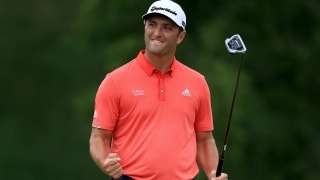 Rahm hangs on to win Memorial, reach No. 1

Jon Rahm survived a rocky back nine and a late penalty to win the Memorial and move to world No. 1 for the first time in his career.

Perhaps the best real-time example of this came when he drove into a creek at the 11th hole on Sunday, following a weather delay, and posted his worst score of the week, a double-bogey 7. For those who tuned out after the driver slam on the 11th tee box, what followed was nothing short of textbook anger management.

The 25-year-old, still five shots clear of the field, took some cleansing breaths with routine pars at Nos. 12 and 13, and other than some pointed muttering to himself after a bogey at the 14th hole he did exactly what he needed to do on a golf course where par was a good score - which has become the rarest of animals on the PGA Tour.

If that doesn’t sound riveting, know that Muirfield Village had steadily transitioned from user friendly for last week’s Workday Charity Open to unwelcoming, exactly what Jack Nicklaus wanted. This week's 74.18 scoring average set a new mark for difficulty this season on Tour.

It’s exactly the kind of street fight that might make someone with a quick fuse a little jumpy. But as a storm and darkness approached, Rahm remained unfazed and when he chipped in for birdie from an impossible lie left of the 16th green he unleashed a vicious double fist pump. You know, passion.

In hindsight that chip-in added up to a bogey-4 after a two-stroke penalty was assessed for Rahm slightly moving his ball during setup. But his brush with the Rules of Golf only solidified his dominant performance.

“More mature. There's no chance I would have won this tournament four years ago, I can tell you that,” Rahm said. “I've been pretty good at learning from my mistakes and getting a little bit better each time and each time, and today was a clear example of it. I could have completely lost it many times. Maybe in the past I would have, but I didn't. I just kept fighting.”

Rahm hasn’t learned to bottle up his emotions. There would be no point to that, because it’s the same passion that at times appears to tip the scales that has driven him beyond Phil Mickelson’s bold prediction.

“He knows that to relax sometimes he has to let some of his anger out. He can't hold that in,” Mickelson explained. “It might upset some people, but he knows that it allows him to be at his best, and so I think that that's a big thing, too, is identifying your own self, and he's done a great job of that at a really young age, to know how he has to be, what his presence and attitude have to be for him to play his best.”

Perhaps it was that passion, along with a monsoon of physical gifts, that prompted Mickelson to predict greatness and why Rahm’s accomplishment of reaching world No. 1 feels more like the beginning of his journey and not the destination.