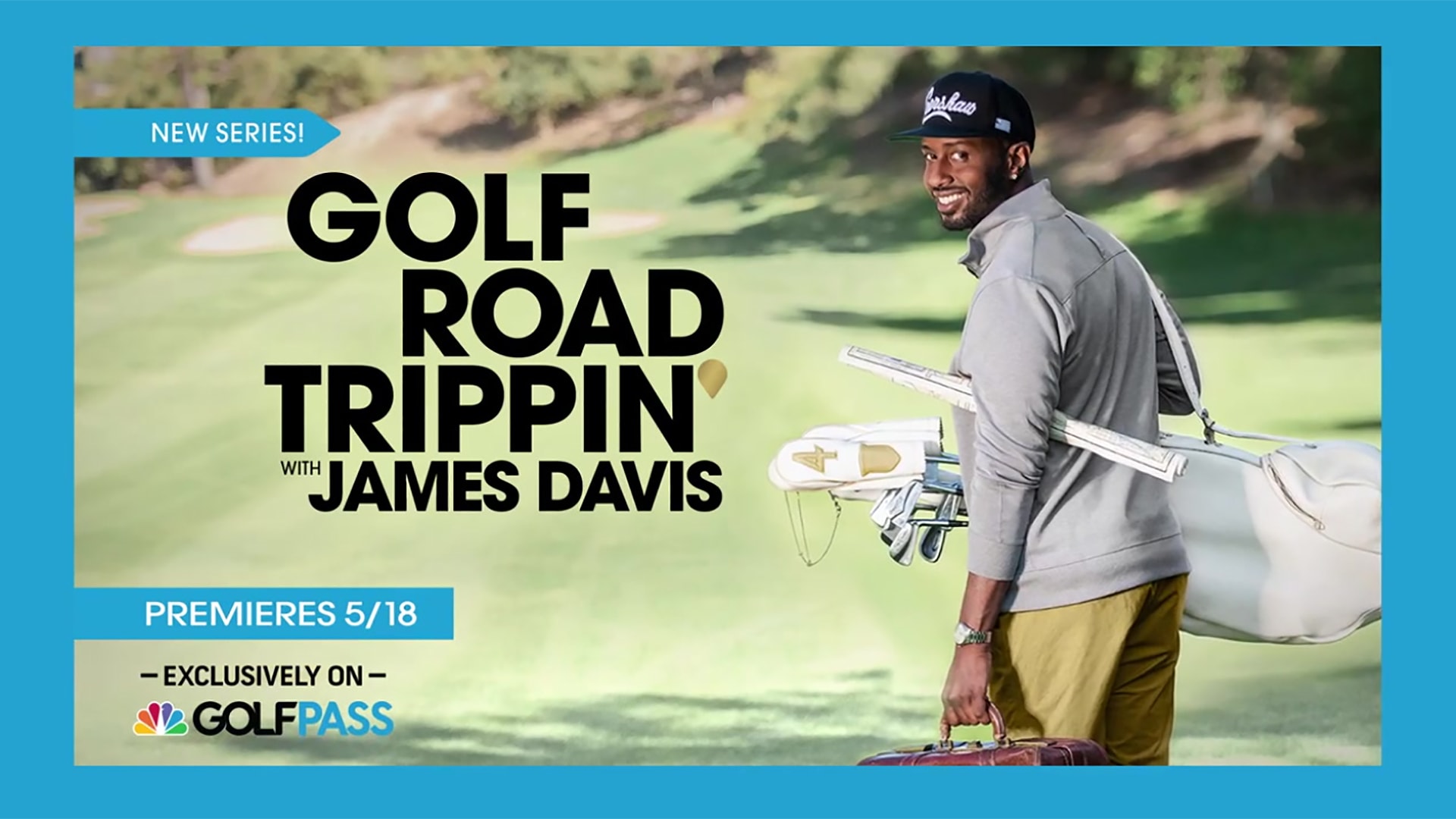 Comedian James Davis has a passion for golf and on May 18, Davis is hitting the road for a trip across the southwest to check out unique golf courses in his docu-style comedy golf travel show “Golf Road Trippin” on GolfPass.

The six-episode series will feature Davis, 37, traveling to different courses throughout Southern California and Las Vegas to show the fun in golf while bringing a different flavor to the sport. On the show, Davis will highlight different courses that people may not know about and tell its story along with the unconventional people behind each course.

“Golf is really important to me, it’s my ultimate passion,” Davis said. “So this show is just a combination of the loves of my life which are comedy and entertainment and golf.

“It feels like I won a contest when I finally realized I was going to do the show.”

The South Los Angeles native played junior golf growing up and wanted to become a professional golfer. He went to golf camps at Stanford and Arizona State, where PGA Tour winner Paul Casey and Matt Jones were his counselors.

Davis received a full golf scholarship to Hampton University but chose to go to Claremont College because it was closer to home and he felt he could get a better education tailored to him there. He planned to walk on to Claremont's golf team but ended up leaving school to pursue comedy.

“That was the end of my golf dreams, per se,” Davis said.

But the full shift to comedy paid off.

On Davis’ Comedy Central show “Hood Adjacent” he made sure to have a golf episode – that featured a cameo from Snoop Dogg – during the first season because the sport is so important to him.

On “Golf Road Trippin',” Davis was excited about the two courses in Las Vegas he traveled to because one of his best friends from his junior golf days lives there and in one of the episodes they go to battle. Another episode Davis was excited about was filmed in Oceanside, California, where he once lived because his mom worked as a city attorney.

Because of the pandemic, the courses they traveled to on the show were limited to Southern California and Las Vegas.

Davis added that the show was shot differently than most travel shows. Some shots will feel cinematic, while some might make it feel like an episode of “Parks and Recreation.” The making of the show is a storyline on the show, Davis said.

“I just feel like with the show, it’s going to feel different in a good way and refreshing in a good way,” Davis said. “But at the same time presenting how great golf is.”

Davis can’t say enough how great golf is. He used to record Tiger Woods’ tournaments and then watch his swings in freeze-frame and slow-motion, over and over, to get his swing to look as much like Woods’ as possible. Davis is inspired by Woods because of his mentality and dominance and added that it’s awesome to “see someone who somewhat looks like you killing it in a sport, especially when it’s the sport you love.”

Davis got to walk with Woods’ group for two days during the 2018 Farmers Insurance. Davis never said a word to Woods, but because he was so close to him, he felt like they were speaking.

A year before that, Davis did stand-up at the hotel that the 2017 U.S. Presidents Cup team – which Woods was a captain assistant of – was staying at. The next day Davis saw Woods with Fred Couples in a golf cart. They remembered Davis and Woods put out his fist to Davis.

“That is by far – that fist bump is the best fist bump I’ve ever had in my entire life, it was the longest,” Davis said.

Currently, Davis enjoys watching Justin Thomas but notes that Jordan Spieth is the must-watch player on the Tour right now. For the upcoming PGA Championship, he’s got Rory McIlroy and Thomas as the favorites to capture the Wanamaker Trophy.

Davis describes himself as an everyman who loves golf and watches the PGA Tour as much as anyone. He’s a good player, but not great. He plays a lot, but he wants to play more. He plays par-3 courses, but has also been invited to play at TPC Sawgrass and that’s the guy Davis said he’s being on the show.

“I’m being myself,” Davis said. “And that’s what makes the show different. I'm being loose, I'm being funny, but I’m definitely serious about the game of golf and that is the biggest takeaway.”