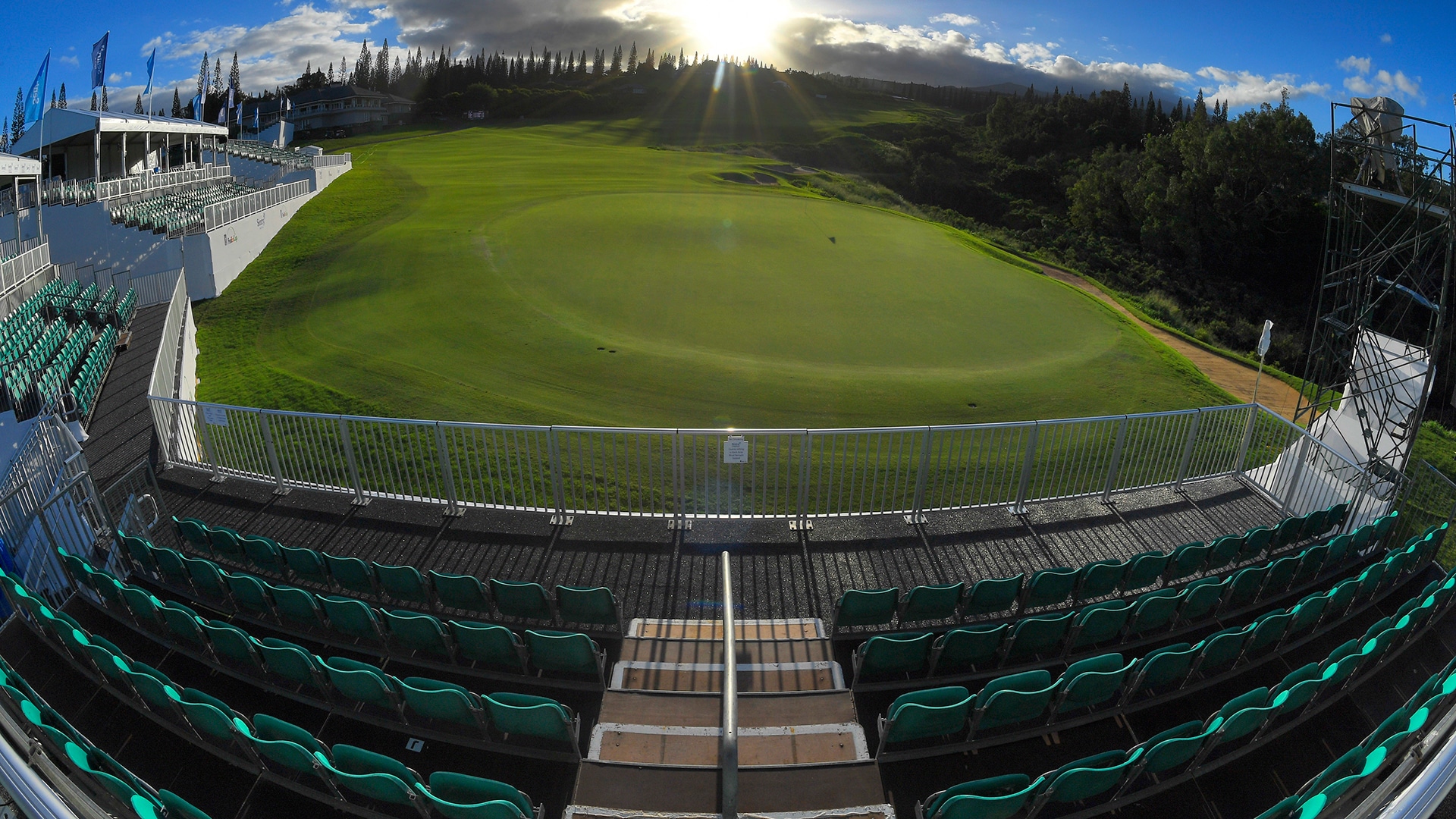 KAPALUA, Hawaii – Even in paradise, not everything goes as planned.

If the Plantation Course’s greens don’t exactly look flawless this week, it’s because they’re not, the byproduct of what officials called “a contaminated variety of Bermuda grass.”

According to a notice posted in the player’s locker room this week at the Sentry Tournament of Champions, the grass “reacted negatively and caused thin spots on several greens.”

The 14th green has been impacted the most and the notice said officials dialed back normal green speeds to minimize the impact of the agronomy issues.

Although the grass issues are clearly visible, even to those watching the telecast, players said it hasn’t impacted play or how putts roll.

“They're rolling really good. You hit good putts, they're going to go in the hole,” said Billy Horschel, who opened with a 3-under 70. “It's unfortunate that they had a little disease issue, but I think the Tour has done a really good job of managing them. It wasn't too bad. They're being really smart where they're putting the pin locations, trying to be safe and make sure the greens last the entire week.”