Contrite Mickelson expands on his apology 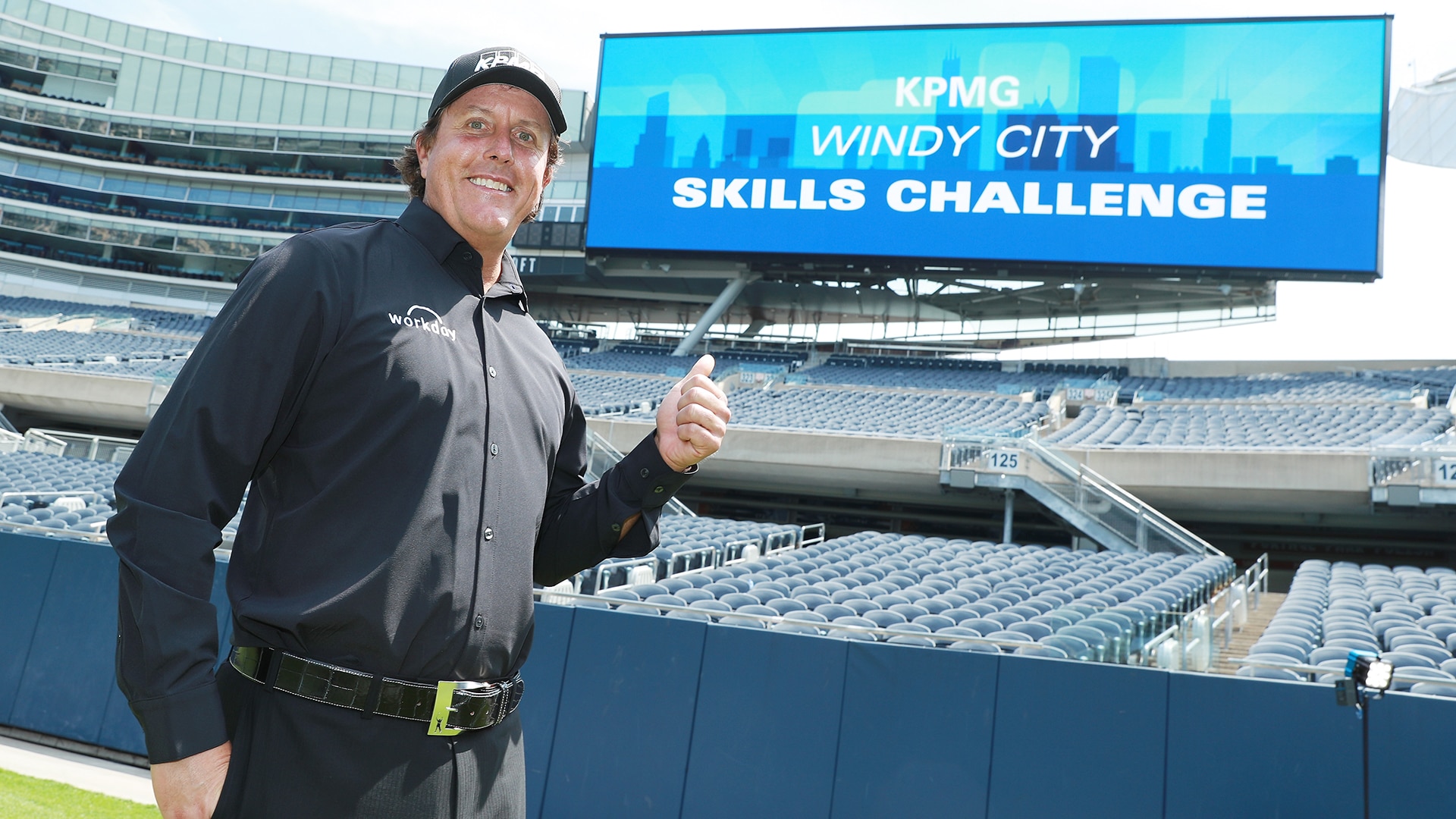 CHICAGO – Humbled and contrite Monday, Phil Mickelson made his first public appearance since he ignited a controversy at the U.S. Open two weeks ago.

He also addressed the furor he created at Shinnecock Hills, where he putted a moving ball to prevent it from running off the 13th green in the third round, incurring a controversial penalty. After initially saying he made the stroke intentionally, trying to use the rules to his advantage, he apologized four days later.

“It took me a few days to kind of let my anger and frustration of the whole thing subside to where I could see clearer that it wasn’t the greatest moment,” Mickelson told media gathered near the 50-yard line at event’s end. “And since I apologized, the best thing I can do now is help promote the game in a positive way, which is why I’m here today.”

Mickelson, who represents KPMG, was as popular among the children who gathered for the skills clinic as the Chicago area athletes were. The kids chanted “Phil, Phil, Phil” as he whistled tight spirals with Daniel and other athletes in the professional portion of the skills challenge.

Mickelson also did a remote interview from the field with Golf Channel’s Todd Lewis, who was back in the network’s Orlando studio.

He reiterated that he needed those four days after the penalty to allow his anger to subside and to clear his head.

Mickelson was asked if he was concerned his penalty and defiance afterward would have an impact on his legacy.

“I certainly wasn’t thinking of that at the time, but I have pretty thick skin,” Mickelson said. “I will probably hear about this for some time.

“Fortunately, I can take it and hopefully at some point we will be able to laugh about it.”

“At the time, I didn’t really care about the stroke difference,” he said.

Mickelson said he does care about promoting the game, including introducing golf to young people and especially to young women this week with the KPMG Women’s PGA Championship being played at Kemper Lakes Golf Club just north of Chicago.

“It’s important these young female golfers have a chance to see LPGA stars shine in the limelight, so they can see that it’s possible and something to strive for,” Mickelson said.

The KPMG Women’s PGA Championship begins Thursday with the top 100 players on the LPGA money list included in the field.