Corey Conners ties course record at The Northern Trust; 5 inches away from breaking it 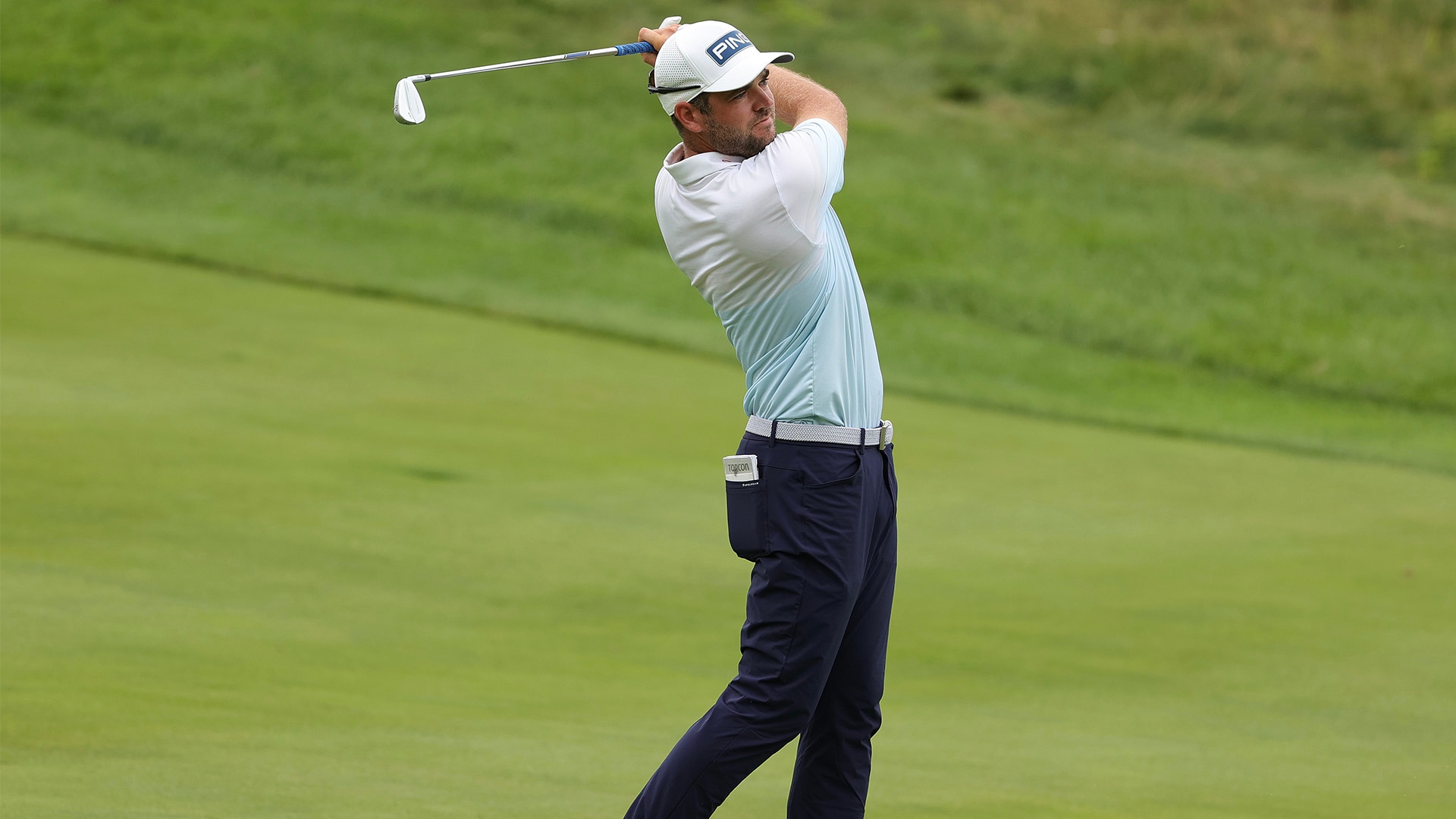 JERSEY CITY, N.J. – In any sport, sometimes the bad can outweigh the good.

However, sometimes is the key word with Corey Conners, who tied the course record at Liberty National with a 9-under 62 in his third round at The Northern Trust. The 29-year-old Canadian jumped 45 spots on the leaderboard and finished his round T-1.

Despite shooting a career-best round, Conners had a chance to end the day with three straight birdies for a 60, but on No. 17 his putt from 20 feet for birdie fell 2 inches short and on No. 18 it was deja vu when a 26-foot putt stopped 3 inches short. But those putts don't sting after career day.

"They are both exciting putts and I thought they both had good chances to go in both of them just ran out of speed," Conners said. "It's hard to complain about them. Would have been nice obviously if they had a little more speed and went in. But hit pretty good putts, so nothing I can be too disappointed about."

Conners shot a 31 on the front-nine and eagled the par-4 ninth, holing from 147 yards out. But on the next hole, he had his lone bogey of the day. Like his final two putts, he didn't let the bogey get too much into his head and he continued to play his way to the top of the leaderboard.

"Yeah, because things had been going so well, but I didn't get too down on myself," he said. "I knew if I kept plugging away, and kept playing my game, things were on today and I was going to give myself a lot more chances to try and get it back."

With playing next week at the BMW Championship a lock, he will continue to be aggressive in his next round as he looks for his first win since the 2019 Valero Texas Open, his only Tour win.

"Yeah, I'm obviously happy with my position now," he said. "Closer to the lead. We'll see what happens with the leaders but I think going to have to continue to be aggressive if you go at some of those pins when I can to try and make some more birdies." 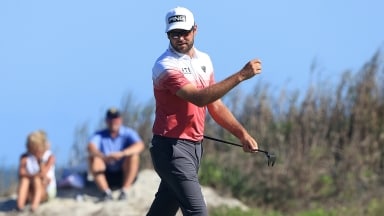 Corey Conners leads after the first day of the PGA Championship, while top golfers struggle to navigate Kiawah Island 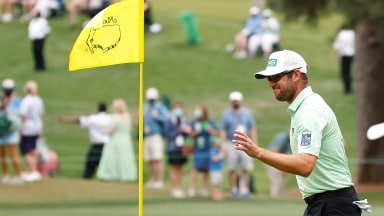 Corey Conners made the sixth hole-in-one in Masters history on the the par-3 sixth, playing at 180 yards on Saturday.