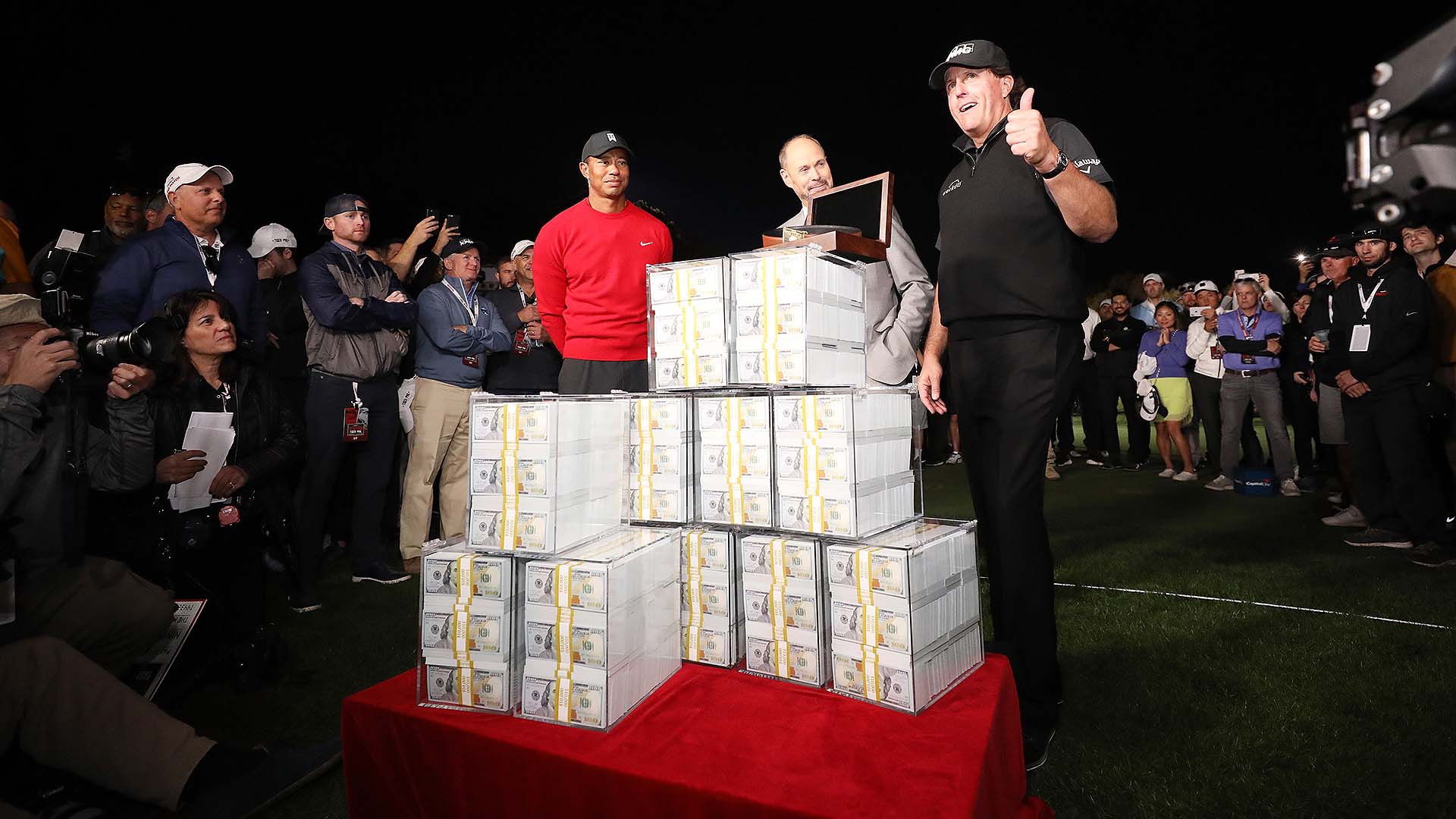 Phil Mickelson has always been known to talk the talk, but this story takes it up a notch, even by Mickelson's standards.

Country music superstar and celebrity golfer Jake Owen sat down with Barstool Sports' Fore Play podcast recently and told a tremendous (and tremendously NSFW) story about running into Mickelson at Jordan Spieth’s wedding in November, which took place the day after “The Match.”

Owen, who has partnered with Spieth in past editions of the AT&T Pebble Beach Pro-Am, confronted Mickelson about getting his money money back for the pay-per-view event, which, by most accounts (including Owens’) didn’t live up to the months-long hype.

Fresh off beating Tiger Woods and taking home $9 million, Mickelson was in no mood to be messed with.

According to the story, which Mickelson later confirmed as true on Twitter, the five-time major champ pulled a $100 bill out of his pocket and told Owen he had won 90,000 of them a day earlier before handing it to him telling him (in a very NSFW way) to keep the change.

The story is a much better listen than read, but seriously, the language is pretty explicit, so put your headphones in:

This @jakeowen story about going up to Phil Mickelson at Jordan Spieth’s wedding is just a taste of maybe the best interview we’ve ever done. Just unbelievably good stories from this legend.

Out tomorrow. Subscribe here so you don’t miss it: https://t.co/iWCoCjTnGo pic.twitter.com/3dhWFtloat

So, in case you were wondering if Mickelson was feeling himself after taking down his longtime rival and pocketing a small fortune in the process, there's your answer.