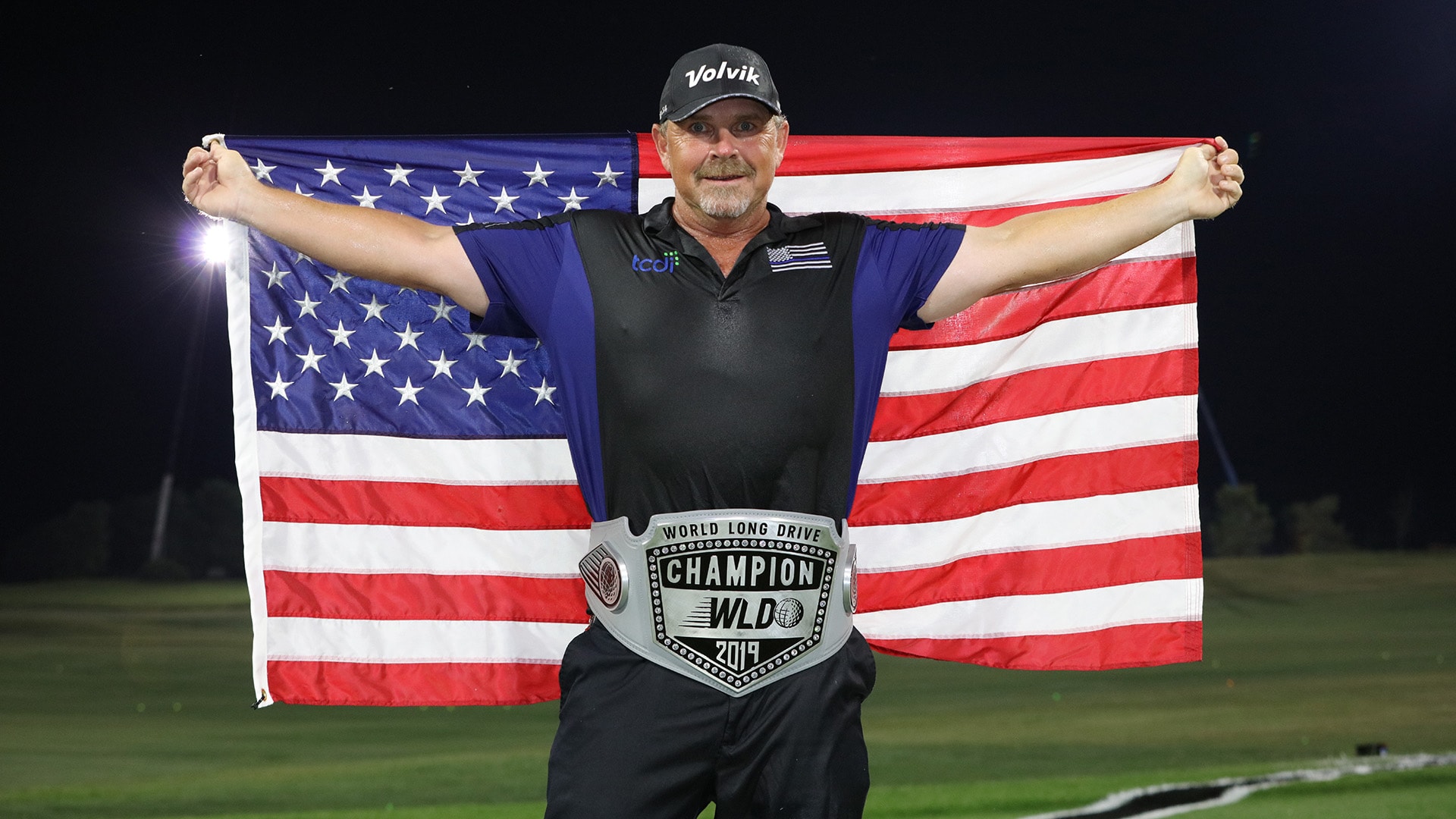 THACKERVILLE, Okla. – Tuesday’s clash between two past champions in the Masters Division saw Jeff Crittenden claim his second world championship title belt in three years. He took down defending world champion Eddie Fernandes with a 388-yard blast on the final ball of the evening.

“This feels better than the first one,” Crittenden said. “Coming out of a strong field, I hit some good shots and had some luck on my side. I know Eddie didn’t hit his best ball, [but] I hit a good one. As soon as I hit it, I knew it should be by him.”

Eight men and four women also advanced from the Open and Women’s Divisions. They’ll reconvene on Wednesday, when they’ll try to join Crittenden as the World Long Drive champions. Wednesday’s matches include:

In the Open Division, Kyle Berkshire provided some early drama when he waited until his eighth and final ball to find a winning number of 426 yards in his match with Tommy Hug. The No. 1-ranked Berkshire didn’t appear to fear the moment and found the form that has carried him to two straight wins entering the world championship: the ROC City Rumble and Tennessee Bash for Cash.

Mark Costello set the high mark for the longest ball of the night with a 455-yard bomb in his match against Wes Patterson.

In the Women’s Division, Phillis Meti connected on a 348-yard drive in her quarterfinal match against Alex Phillips (333 yards). Meti is looking for her fourth World Long Drive Championship and third in four years.