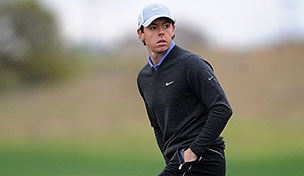 With world No. 2 Rory McIlroy still facing questions surrounding his decision to overhaul his equipment for the 2013 season, one former major winner feels such criticism is unfounded.

'I don't think clubs have anything to do with it at all ... switching clubs is no big thing,' explained Curtis Strange, a two-time U.S. Open winner and current broadcaster as part of a Reuters report. 'I switched three or four times in my career and it took me a day to get used to them; it's all overblown. I think all the top clubs are virtually identical.'

Strange, who won 15 times on the PGA Tour in addition to his U.S. Open titles in both 1988 and 1989, also had some pointed words for two of his fellow announcers that have questioned McIlroy's decision to switch clubs this past offseason.

'(Nick) Faldo and (Johnny) Miller have been somewhat critical of it – they are so far out of line, so out of touch with club manufacturers now,' said Strange, who first began working in the broadcast booth in 1997. 'All the clubs these days are top line, top shelf, perfectly fitted for each player. Faldo and Miller caused a stir when there was no reason to.'

Earlier this year on Golf Channel's 'State of the Game,' Miller called McIlroy's decision to move from Titleist to Nike this past December 'a gamble,' while Faldo termed it 'a very dangerous time.'

According to Strange, the issues McIlroy currently faces have more to do with his motion than with his equipment.

'Rory's problems are not with his clubs,' said Strange, who was elected to the World Golf Hall of Fame in 2007. 'His troubles of late have been more with the swing than anything else.'

Though he admits that the Ulsterman is struggling currently, Strange notes that a return to form could be imminent for the 23-year-old.

'I love watching Rory play, I love his swing and I don't think it's time to panic or worry too much about him,' he added. 'He's not playing well right now, but he can be explosive overnight and he's proved that.' 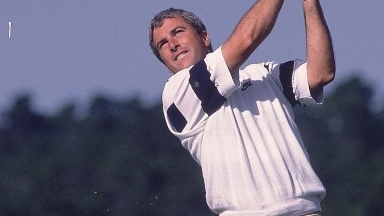 Curtis Strange, in 1988, became the first player to cross $1 million in a Tour season. Here's a look at some money milestones, and every money champ, since then. 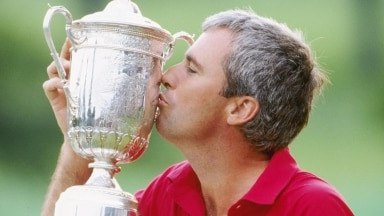 Brooks Koepka is the seventh player to successfully defend his title at the U.S. Open. Here's a list of the players to accomplish that feat.