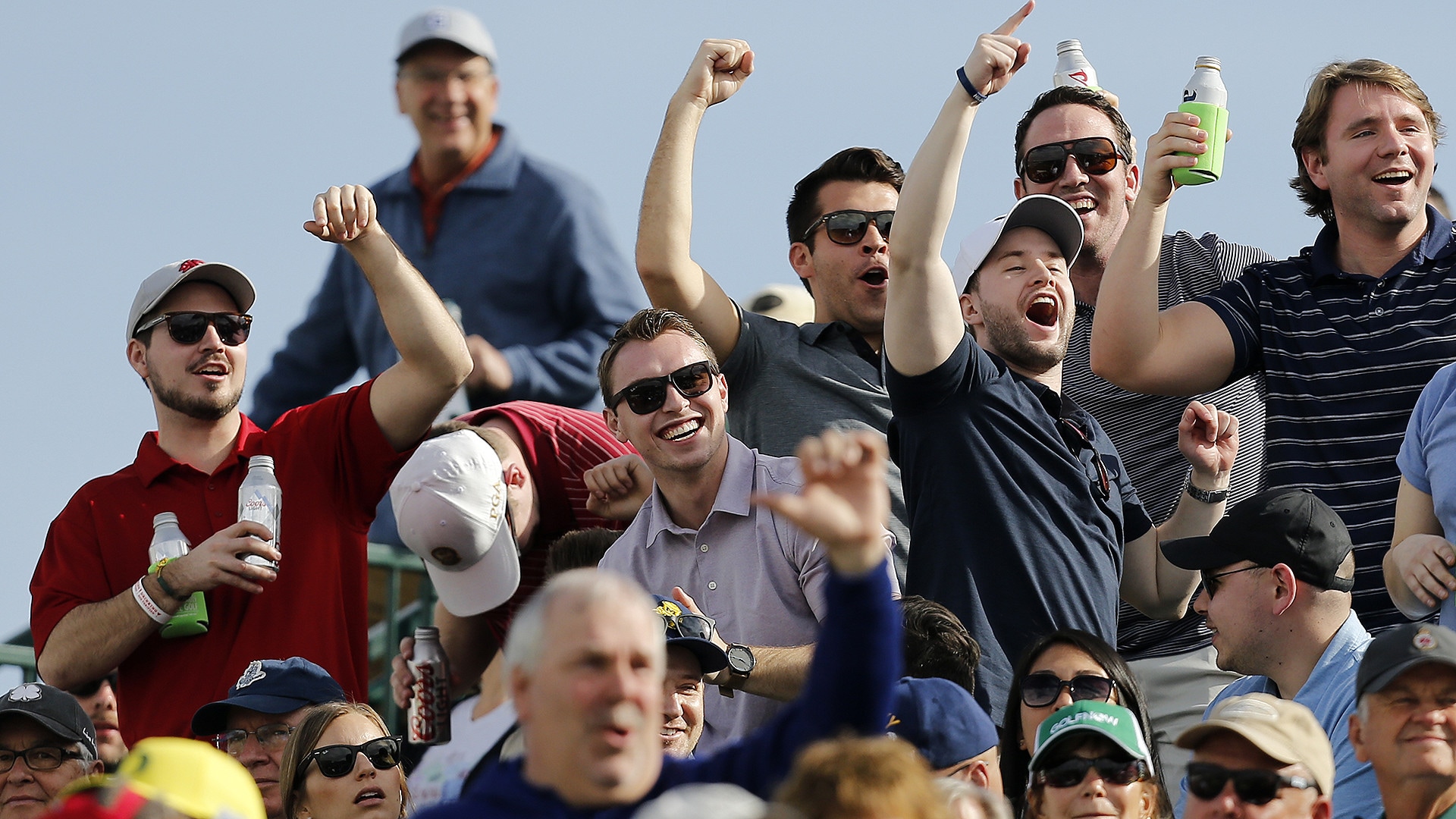 In this week's edition, we celebrate the game’s largest and loudest cocktail party; consider the new World Golf Hall of Fame standards; and question the rule - as well as the rule makers - following an untimely, and ultimately unfair, penalty last week in Dubai.

The Greatest Show on Grass. The mayhem that defines this week’s Waste Management Phoenix Open is not for everyone and a weekly dose of the madness is probably not in the cards, but it’s certainly entertaining.

Few, if any, events could replicate TPC Scottsdale’s 16th hole and the atmosphere officials have created, but the scene does stand as an example of how officials can turn a golf tournament into an event.

Although at different scales and for vastly different reasons, other events, most notably the Ryder Cup and last year’s PGA Championship, have produced similar scenes that should stand as a benchmark for other tournaments.

Maybe the bedlam of the 16th hole isn’t a perfect fit for other events, but in a business that’s all about competition, both on and off the course, it’s a standard that should be the goal for every event.

Keeping pace. Byrson DeChambeau’s sluggish pace of play last week on his way to victory at the Dubai Desert Classic ignited an old debate on pace of play at the game’s highest level.

“Guys are already so slow it’s kind of embarrassing. I just don’t get why you enforce some things and don’t enforce others,” Brooks Koepka told Golf Monthly.

While the mad scientist’s endless calculations before hitting each shot can be, well, maddening, this isn’t a Bryson problem. This is a policy problem. Under the European Tour’s pace-of-play policy DeChambeau didn’t violate any rules.

The PGA Tour’s pace-of-play policy is riddled with similar loopholes that make any real progress on this front unattainable. DeChambeau, and many others, might be the face of slow play in professional golf, but don’t blame the player, blame the policy.

Hall Worthy. The 2019 World Golf Hall of Fame class will include Retief Goosen, Billy Payne, Jan Stephenson, Dennis Walters and the late Peggy Kirk Bell. Debating who is worthy of induction is always good fun, but this year’s class is more compelling because of the standard it sets.

Goosen won seven times on the PGA Tour and collected two majors (the 2001 and ’04 U.S. Opens). By comparison Al Geiberger won 11 times on Tour, lapped the field at the 1966 PGA Championship and also won the ’75 Players Championship. He was also the first player to shoot 59 in a Tour event and yet he is not in the World Golf Hall of Fame.

It’s not worth debating whether Goosen should be in the Hall because he soon will be. What is worth revisiting is the standard the South African’s induction has created.

Although the World Golf Hall of Fame doesn’t seem to have any interest in including caddies in the mix it’s always a great argument. There are journalists, advocates and soon a former chairman of Augusta National in the Hall. Why not a caddie?

A line in the sand. The European Tour’s maiden voyage to Saudi Arabia has tripped a political wire that golf and golfers normally avoid.

The death of Washington Post columnist Jamal Khashoggi in October and a CIA assessment that claims that Saudi Crown Prince Mohammed bin Salman ordered the journalist’s killing has turned this week’s Saudi International into much more than just another tournament.

At issue is whether golf, in this case the European Tour, and the game’s best players, a list that includes the world’s top three (Justin Rose, Brooks Koepka and Dustin Johnson), should align themselves with a regime that finds itself under growing pressure from the international community.

“I'm not a politician, I'm a pro golfer,” Rose said on Sunday before departing for Saudi Arabia. “There's other reasons to go play it. It's a good field, there's going to be a lot of world ranking points to play for, by all accounts it's a good golf course and it will be an experience to experience Saudi Arabia.”

Rose’s point is valid and the European Tour is in the business of hosting events, not making political statements, but on this front golf seems to have come up short.

Faced with a similar decision to play a lucrative tennis exhibition in December in Saudi Arabia, Roger Federer turned down the invite and the event was eventually cancelled. For tennis, the easiest thing to do was nothing.

Penalty box. Golf’s efforts to streamline and simplify its rules took an unexpected and unfortunate detour last week when European Tour officials penalized Haotong Li two strokes during the final round of the Dubai Desert Classic.

The penalty, which dropped him from third into a tie for 12th place and costs him $98,000, occurred when Li was lining up a birdie putt on the 72nd green and his caddie appeared to help with his read before stepping out of the line as Li built his stance.

“I have spoken personally to R&A chief executive Martin Slumbers to voice my opposition to the fact there is no discretion available to our referees in relation to this ruling, and I will be making additional representation to the R&A in the near future to discuss the matter further,” European Tour CEO Pelley said.

While the ruling was grossly outrageous and patently unfair, for Pelley to chide the R&A is misguided. The European Tour, as well as the PGA Tour, had representatives at the rulemaking table throughout this entire process. If Pelley felt so aggrieved by the language of the new rule he should have gone to the mat before it became the new law of the land.