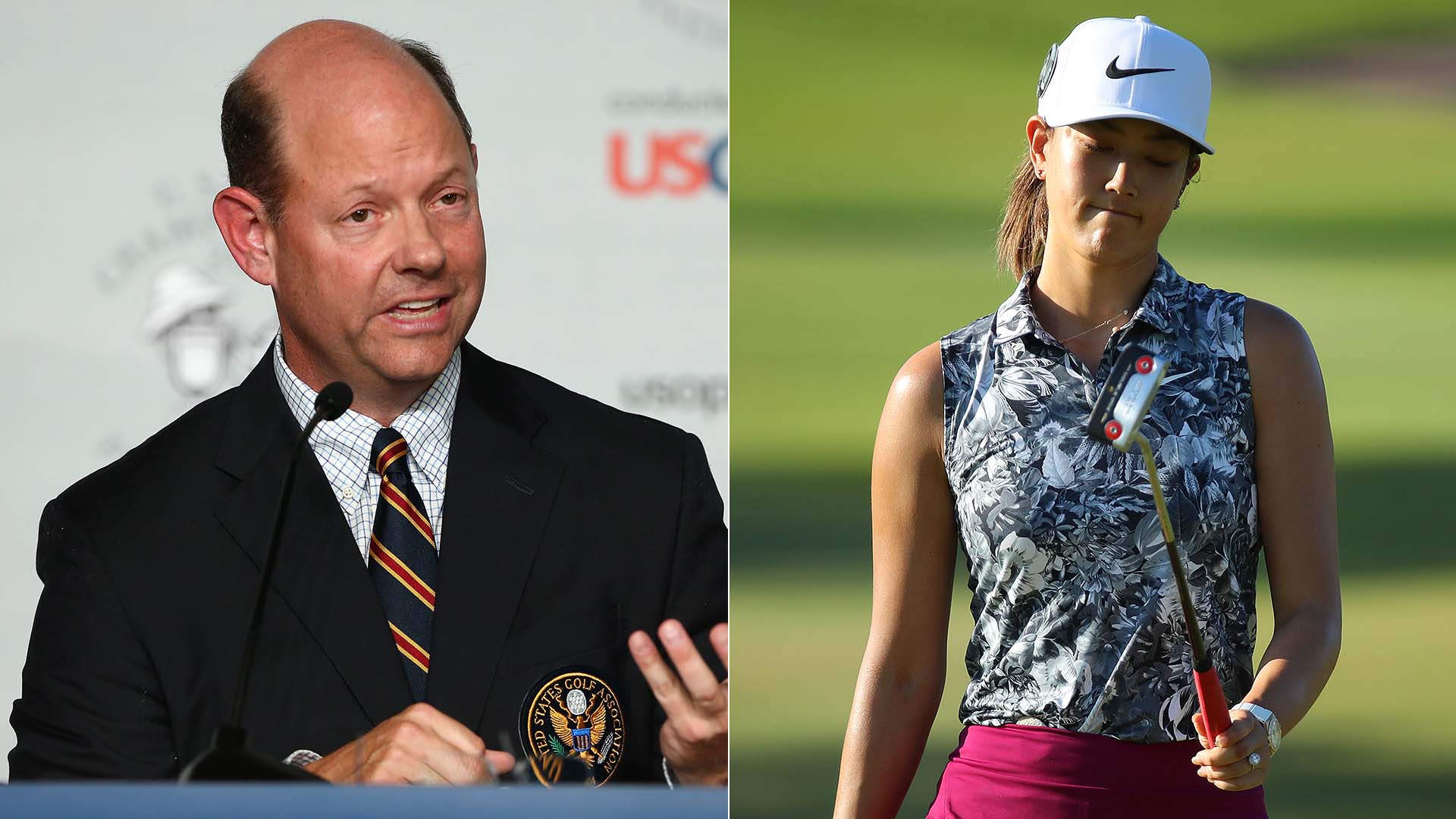 In this week’s edition we celebrate a U.S. Open for all the right reasons, lament all the reasons Michelle Wie’s career has been undermined and question how a name change for the PGA Tour’s secondary circuit stretches the bounds of reason.

USGA. Mike Davis gazed out over the 18th green at Pebble Beach early last Sunday morning with a serene look of satisfaction. For most, the USGA’s executive director had been gleefully missing from the public spotlight for most of the week.

It was just what Davis wanted and what the USGA desperately needed.

Following his traditional Wednesday press conference, Davis wasn’t asked about a single ruling and not once was he pressed to defend a hole location or explain how wind and sunshine had pushed a green over the edge.

There was none of the hand-wringing that has come to define the U.S. Open, just a dramatic finish and a worthy champion thanks in large part to new set-up man John Bodenhamer and the addition of former Tour winner Jason Gore to the USGA’s staff.

Cut Line has repeatedly used this space to criticize the USGA over an assortment of issues, from rule snafus to golf course set-up gaffes. It’s only fair that we applaud the most successful championship in recent years with the same zeal.

Even with soft, scoreable conditions because of the marine layer, 7,075-yard Pebble Beach proved to be one of the year’s most demanding tests. The layout ranks as the second-hardest course this season behind only 7,459-yard Bethpage Black.

Second-ary guessing. In recent years the PGA Tour’s secondary circuit has been elevated to the primary avenue to a Tour card and the ultimate judge of potential talent and success.

What’s also transpired over nearly two decades is a profound identity issue. This week’s announcement that the circuit will now be called the Korn Ferry Tour – that’s a thing, look it up – is the tour’s sixth name change since 1990.

There’s no doubt that Korn Ferry provides the financial stability the secondary circuit needs just as Web.com, Nationwide, Buy.com, Nike and Ben Hogan did before the global consulting firm signed a 10-year deal, it just seems the tour has outgrown the need for this kind of umbrella hand-holding.

An argument can be made that the secondary circuit is the world’s third-best tour, behind the PGA Tour and European Tour, and it annually produces the next generation of stars. Unfortunately, another name change will only lead to more identity issues.

Cautionary tale. Michelle Wie opened with an 84 on Thursday at the KPMG Women’s PGA Championship, a total that left her tied for 146th out of 152 players, and she offered an emotional assessment of her career afterward.

“It’s just one of those situations where I’m not, you know, I’m not entirely sure how much more I have left in me,” Wie said. “Even on the bad days I’m just like trying to take time to enjoy it. But it’s tough.”

After entering the game as one of the most celebrated athletes of her generation, Wie’s career has been repeatedly set back by a collection of injuries and pedestrian play. Perhaps this won’t be Wie’s final act but it does offer a stark example of how fleeting stardom can be.

Three-putt train. Every player has a horror story when it comes to a bad day on the greens, but Jason Kokrak’s start to his week at the Travelers Championship may be an all-time low for Tour types.

Kokrak began his week on the 10th hole at TPC River Highlands with a three-putt from 30 feet. Things only got worse from there. He three-putted from 3 feet at the 11th, 21 feet at the 12th and 85 feet at the par-5 13th hole (where he made par).

Kokrak finished his round with 38 putts and lost 6.94 shots to the field in strokes gained: putting. On the bright side, Kokrak didn’t have any three-putts on Friday so, you know, progress.

“Phil Kenyon taking money from Gary Woodland to coach putting is more egregious than me selling sports advice. It’s a battle of chicken between which one of us will become honest with ourselves first.”

DeMartino, whose profile explains he’s a “social media hater” and a PGA Tour putting expert, sent that tweet on March 23 after Woodland had missed the cut at the Valspar Championship. It’s the U.S. Open champion’s only missed cut this season and Kenyon, who has never been one to suffer trolls, fired back from Pebble Beach with Woodland’s stroke gained: putting stats (he was up 8.29 shots on the field at the time). Woodland finished the week with 7.16 strokes gained on the field and his first major victory. 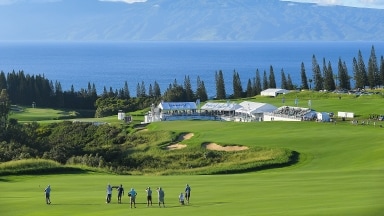 Cut Line: TOC gets the respect it deserves

In a New Year’s edition, we celebrate Maui as a can’t-miss event and question a new rule on green-reading material.

In this week’s edition, Tiger Woods appears to be progressing and Rory McIlroy and Billy Horschel dig in for the PGA Tour.