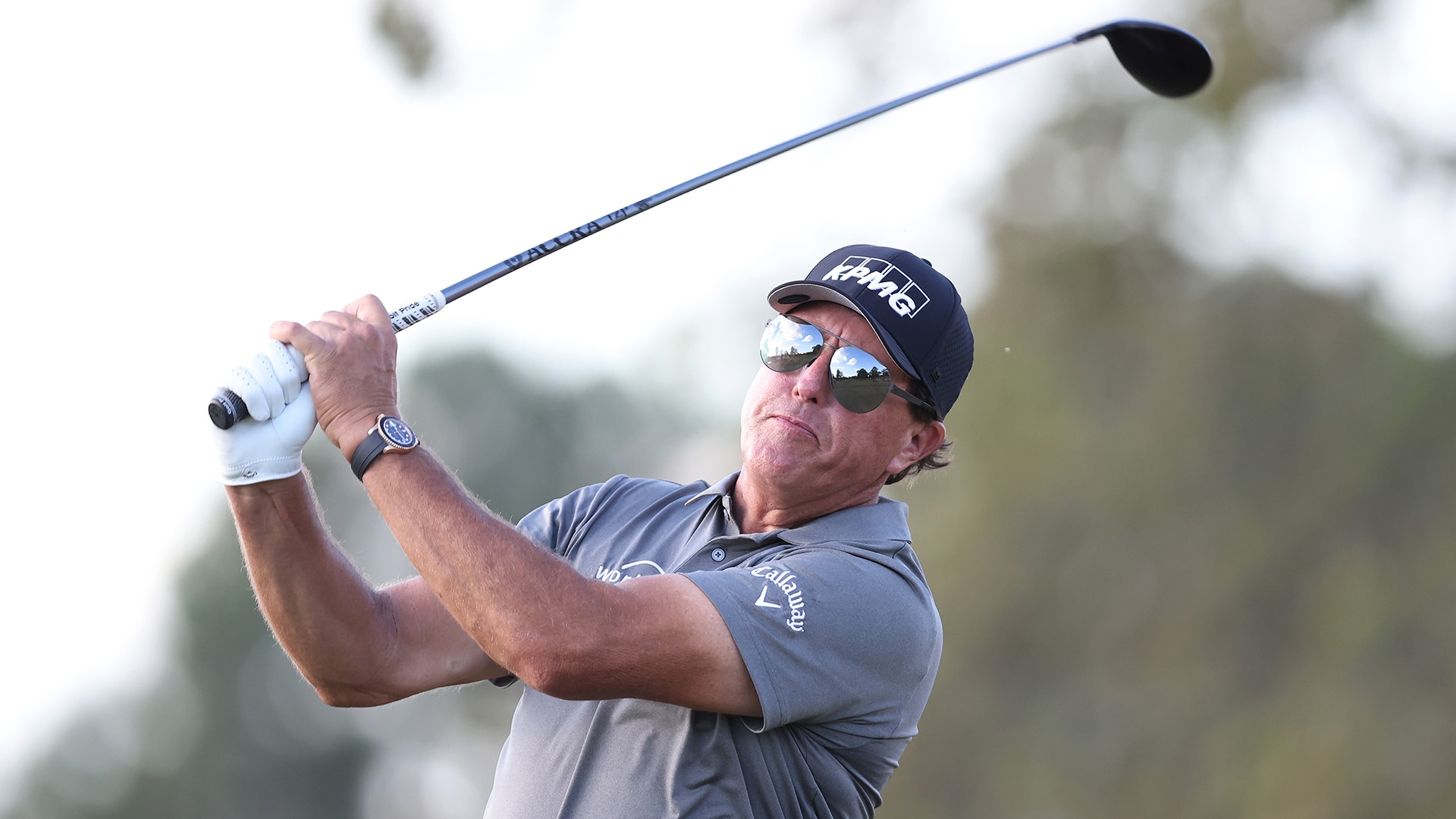 In this week’s pre-Masters edition of Cut Line, we welcome the softer side of Brooks Koepka, the return of fans to the PGA Tour and the end of 2020.

By design. Koepka continues his slow return from injury this week at the Vivint Houston Open, where he started with a 2-over 72 and is in danger of missing the cut. But it was Mr. Chill’s full-throated embrace of his role as player consultant that warms Cut Line’s heart.

Koepka can often seem aloof when it comes to the nuances of golf, and he hasn’t exactly projected the imagine of someone with an unconditional interest in the game. That is until this week, when he spoke about working with course architect Tom Doak to redesign Memorial Park for this week’s event.

“I mean we walked around this place you could see the undulations on the greens. The greens were kind of built up. They had all the dirt basically, all they had to do was lay sod and it was quite interesting,” Koepka said. “I thought 15, 16, 17 was going to be quite an interesting stretch. [No.] 15, I told Tom I really just wanted a short par 3 that was very brutal where if you miss the green you could make double, definitely making bogey.”

Nice to see Brook’s inner golf nerd getting some airtime.

Welcome back. Visually, it was a stark image that flashed during the opening round in Houston: Fans mulling about at Memorial Park. This week’s event is the first domestic tournament on the PGA Tour to allow fans since March.

While the footprint has been kept to just 2,000 fans per day, the difference was immediately noticeable with the awkward silence that has become the norm on Tour replaced with cheers, however limited they might be.

“We’re really following the guidelines of the state and city. We’ll keep everybody spread out and abide by all the protocols. It’s a huge piece of property and having a few thousand fans out there aren’t going to put a dent in it,” Houston Astros owner Jim Crane said on this week’s Golf Central Podcast.

It was surprisingly easy to adjust to pandemic life on Tour and the absence of fans, but Thursday’s reintroduction of crowds reminded everyone how much better golf is with cheers.

Tweet of the week: Those of a certain age will likely appreciate this more than others, but the flawless execution of Michael Jackson’s “Thriller” video by Finau and his wife, Alayna, was the highlight of the Halloween weekend.

Masters on his mind. Speculation over what players should expect next week at a November Masters has gone into overdrive the last few days, and Phil Mickelson found himself on the front lines on the Callaway Golf Podcast.

“It is a concern that if it rains, when your ball is landing into the grain the way that it is on every fairway, it’s going to dig into the ground much more than if it were landing down grain, where the ball would skid. And that allows mud to get on your ball, and that could be a big factor if there is any type of rain or dampness this week,” Mickelson said.

Lefty also added his voice to the distance debate and how the dogged pursuit by some to hit the ball as far as possible (we’re talking to you, Bryson DeChambeau) could impact the outcome.

“You really want to fly the ball 315-320 [yards] minimum and that seems like a lot, and it is a lot. It’s just that if you can fly it [that distance] there you have a chance to take advantage of some of those holes,” said Mickelson, who plans to use a 47 ½-inch shaft on his driver next week.

If early chatter is any indication, the annual “putting contest” at Augusta National will be replaced by a long-drive competition this year. Stay tuned.

2020. Yes, we could all run through a list of grievances when it comes to this strange year – and no one wants a “who had it tougher” competition – but in the arena of elite players, it’s tough to overlook Adam Scott’s tale of woe.

Scott returned home to Australia when COVID-19 halted play in March to be with his family and decided to remain there until the PGA Championship in August because of the uncertainty of travel and the possibility of quarantine.

Scott’s plans for the Masters included the Zozo Championship as a tune-up, but that was dramatically altered when he tested positive for COVID-19.

“What I had planned in preparation was to kind of peak at the Masters and Houston’s a big part of that,” Scott said this week. “It’s even more important since I tested positive and had to kind of not play in Zozo and not really get practice in and make sure I got healthy again. So, this is an important week for me. There’s a lot to take out of it.”

Everyone has been impacted by the pandemic, but that doesn’t make the individual challenges any easier.