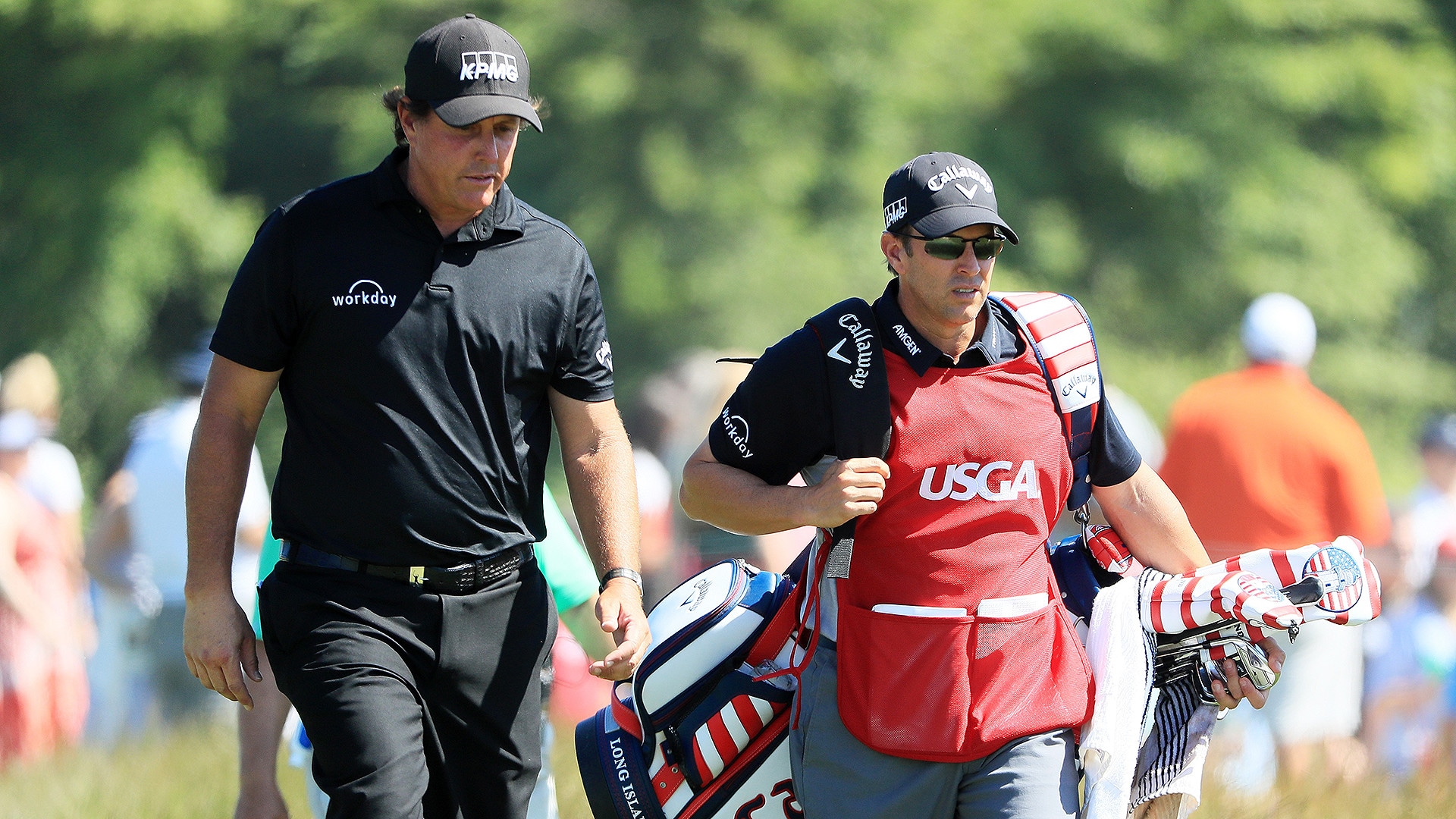 In this final look back at the U.S. Open, Phil Mickelson offers a curious mea culpa, the USGA endures another setup snafu and some take the “Lefty Loophole” to a logical extreme.

Strength in numbers. When the PGA Tour introduced a strength-of-field regulation for the 2016-17 season, the results were almost immediately favorable.

Essentially, the rule required players who didn’t have at least 25 starts in the previous season to add an event to their schedules that they hadn’t played in the last four years.

Fields at events that often struggled to attract star players widely improved, but the rule has also had a carry-on impact, as the tee sheet for this week’s Travelers Championship proves.

Five out of the top 10 players in the Official World Golf Ranking are in this week’s field at TPC River Highlands, including world No. 2 Justin Thomas, No. 4 Brooks Koepka, No. 5 Jordan Spieth, No. 7 Rory McIlroy and No. 9 Jason Day.

Many of these stars added the event to their schedules to fulfill the strength-of-field requirement and liked it, making it a regular stop on their dance cards.

It’s often easy to criticize the Tour and forget the myriad constituents the circuit serves, but on this complicated front they got it right.

Mea culpa. As apologies go, Mickelson’s statement this week regarding his actions during the third round of last week’s U.S. Open touched all the right points, albeit a tad late for some.

“I know this should've come sooner, but it's taken me a few days to calm down,” Mickelson said in a statement regarding his decision to hit a moving golf ball on the 13th green at Shinnecock Hills. “My anger and frustration got the best of me last weekend. I'm embarrassed and disappointed by my actions. It was clearly not my finest moment and I’m sorry.”

What’s still unclear, however, is exactly what Lefty is apologizing for. In the heat of the moment on Saturday, Mickelson told reporters that those offended by his actions should “toughen up,” and that he fully understood the Rules of Golf on this front and had been thinking about doing something similar to this before.

However, Mickelson’s reconciliatory tone suggests he finally understands the extreme nature of his actions, or maybe he just realized he’s on the wrong side of public opinion.

Here’s a scenario. Thoughts everyone??? here you go..... over the back on 15 at Augusta. Chip it too hard, run over before it gets to the water and knock it on the green so you don’t have to hit it again or go the drop zone!@USGA ?

Mickelson cited a similar scenario on Saturday when asked if he’d ever thought of hitting a moving golf ball. The USGA is deep into what has been billed as a rules modernization. Let’s hope the association, along with the R&A, uses the “Lefty Loophole” as a reason for more tinkering. Players blatantly batting moving golf balls around is a bad look.

Houston, we have a solution. News last week that the Houston Open would remain on the Tour schedule was encouraging on many fronts.

The event will transition to the fall portion of the schedule and will be run by the Astros Foundation and Houston Astros owner Jim Crane.

According to various sources, the event, which lost its title sponsor after the 2017 event, will be supported by a consortium of local sponsors and is looking to relocate to Memorial Park in 2019.

Lost in all this good news, however, is the Houston Golf Association’s role in the event. The HGA had run the event for 72 years and is a staple to the Houston golf community via its First Tee program and amateur events.

Change may be inevitable for the Houston Tour stop, but given the HGA’s commitment for over seven decades let’s hope some things remain the same.

Shinnecock sequel. After years of telling the golf world that this Shinnecock Hills Open would be different, the déjà vu that descended on the championship for Round 3 was beyond baffling.

The USGA had 14 years to figure out how to keep what is largely considered one of the best layouts the championship uses from slipping over the setup abyss, and yet as a warm afternoon turned to early evening here we were again.

“What happened is we simply got higher winds than we anticipated,” USGA CEO Mike Davis said on Saturday after some Round 3 hole locations became unplayable. “The grass really began to dry out. In fact, if you looked at it at the end, it was almost wilting around there, and it just didn't have enough grass to hold the ball up.”

For many, the moment of truth came about midway through Davis’ press conference on Saturday.

Question: “Mike, are there any regrets about putting the course this close to the edge? And can you really be surprised by the wind on Long Island in June?”

Davis: “Surprised by the wind in Long Island, I think no. Point made on that. We got, essentially, the wind from the direction, the prevailing wind today, but it was simply at a rate that was a good bit more than what we had anticipated and our meteorologist had thought.”

For the record, Saturday’s forecast called for sustained winds of about 15 mph with gusts to 20 mph around 4 p.m. Maybe the USGA got more than they bargained for from Mother Nature, or maybe they just got it wrong – again.