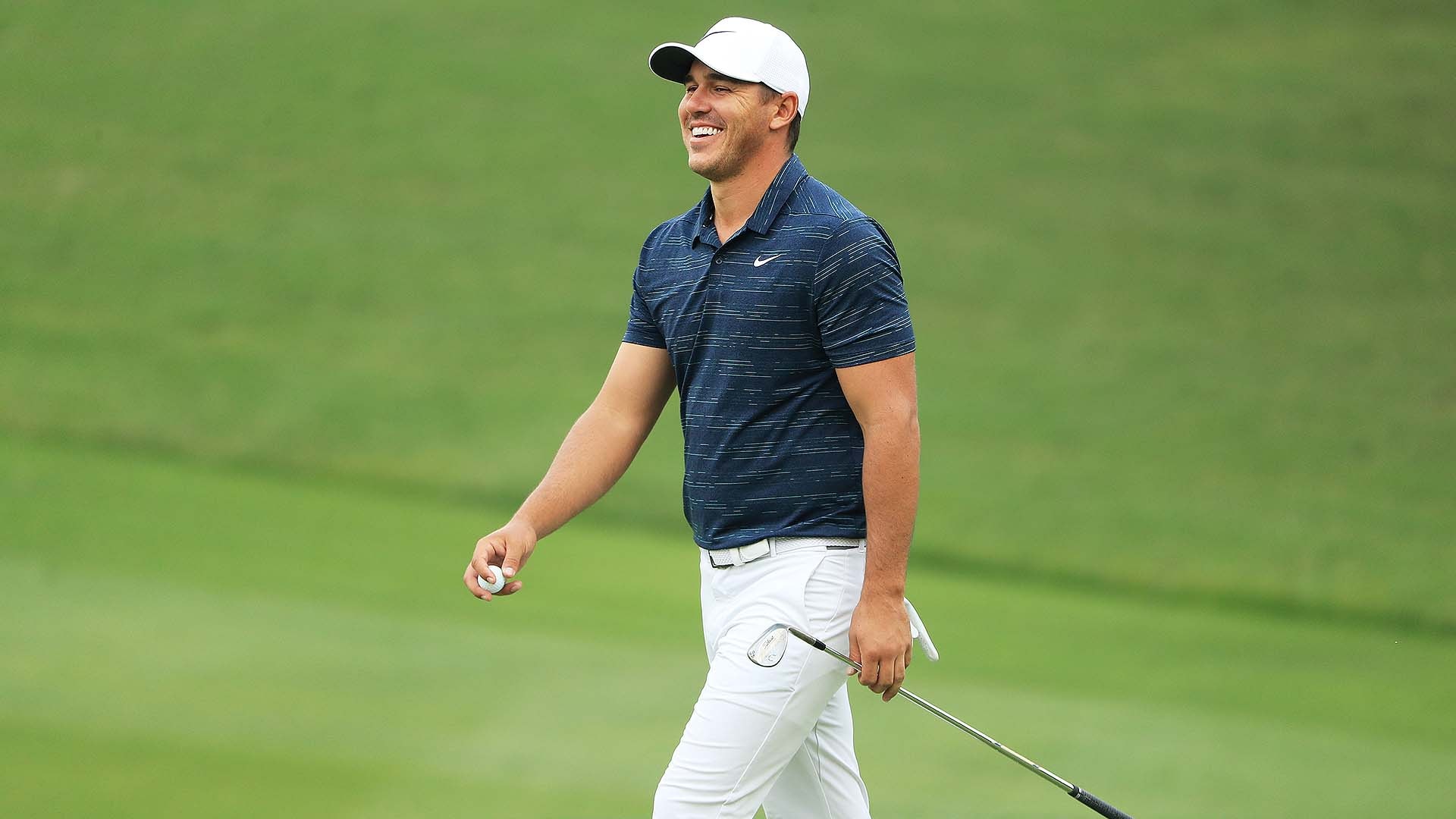 The Year of Brooks. Koepka continued his brilliant play last week when he won the CJ Cup by four strokes and moved to No. 1 in the Official World Golf Ranking for the first time in his career.

It was Koepka’s third victory since June and the world ranking math, which can often be confusing and convoluted, tells a clear story here. No player earned more ranking points in 2018 than Koepka (358), not Tiger Woods (237), not Dustin Johnson (335), not Bryson DeChambeau (347).

That Koepka’s victory in South Korea came only days after being named the PGA Tour Player of the Year was only apropos and a clear sign that he has no plans of slowing down.

Analytics. The science of crunching numbers took a few body blows this month, first when Dallas Cowboys head coach Jason Garrett put his trust in math and failed and now with Los Angeles Dodgers manager Dave Roberts, who sat four of his best sluggers for Games 1 and 2 of the World Series.

Analytics are all about probabilities and in sports there are no guarantees, but more than any other sport the numbers don’t lie when it comes to golf.

Keeping pace. News last week that Corey Pavin was hit with a slow-play penalty during the final round of the PGA Tour Champions’ Dominion Energy Charity Classic should have been a reason to applaud those who carry stopwatches for a living, but instead the incident only cast a spotlight on everything that is wrong with the circuit’s pace-of-play policy.

Although Pavin was given a one-stroke penalty for violating the policy, an infraction that nearly cost him a spot in the second postseason event for the over-50 circuit, the reaction focused more on the misguided policy and not a potentially groundbreaking moment.

“I never thought Corey Pavin was a slow player,” Golf Channel analyst Lanny Wadkins said. “All the guys we know are slow players have never been penalized out here. Where has this been for the last 15 years?”

Most agree more penalties like this are needed to speed up play, but when a player like Pavin, who is not considered slow by professional standards, is called out while habitual snails go unpunished it only magnifies the flaws in the policy.

Ames was referring to Bernhard Langer, who is widely considered one of the slowest players on the PGA Tour Champions. To some last week’s penalty was the right result but the wrong guy.

Second chances. Paul Azinger was named NBC Sports/Golf Channel’s lead analyst this week and will replace Johnny Miller in the booth beginning next year, and if Azinger’s first interview as the network’s front man was any indication we should look forward to a lively few years.

On Monday’s “Morning Drive,” Azinger was asked why he never was given a second chance to captain the U.S. Ryder Cup team after leading the American squad to victory in 2008.

“I wanted to do it again, I lobbied to do it again after we won in ’08 but I think I waited a little too long and they had already made a decision,” Azinger said. “The excuse I got was that there are more captains than there are Ryder Cups and I thought that was fair.”

That seemed like a valid point back in 2009, but since that time both Tom Watson (2014) and Davis Love III (2016) were given second turns in the captain’s chair with mixed results.

“But then they asked [Tom] Watson to do it again shortly afterward and I was like, ‘What, uh?’” Azinger said.

Whatever the PGA of America’s reasoning for not giving Azinger a second chance to captain, in retrospect, with the U.S. losing four of the next five matches following the ’08 Ryder Cup, it seems like an opportunity missed.

Political play. Politics have become particularly polarizing in recent years and this week not even golf was immune.

A pair of Chinese LPGA players, Shanshan Feng and Yu Liu, withdrew from the Swinging Skirts LPGA Taiwan Championship. According to Reuters, someone “high up” in the Chinese government told Feng, a former World No. 1, and Liu to skip the event amid growing tensions between China and Taiwan.

On social media Liu said here decision to withdraw was  “not for personal reasons,” and both Feng and Liu had played the last two weeks to kick off the Asian swing of the tour's fall schedule.