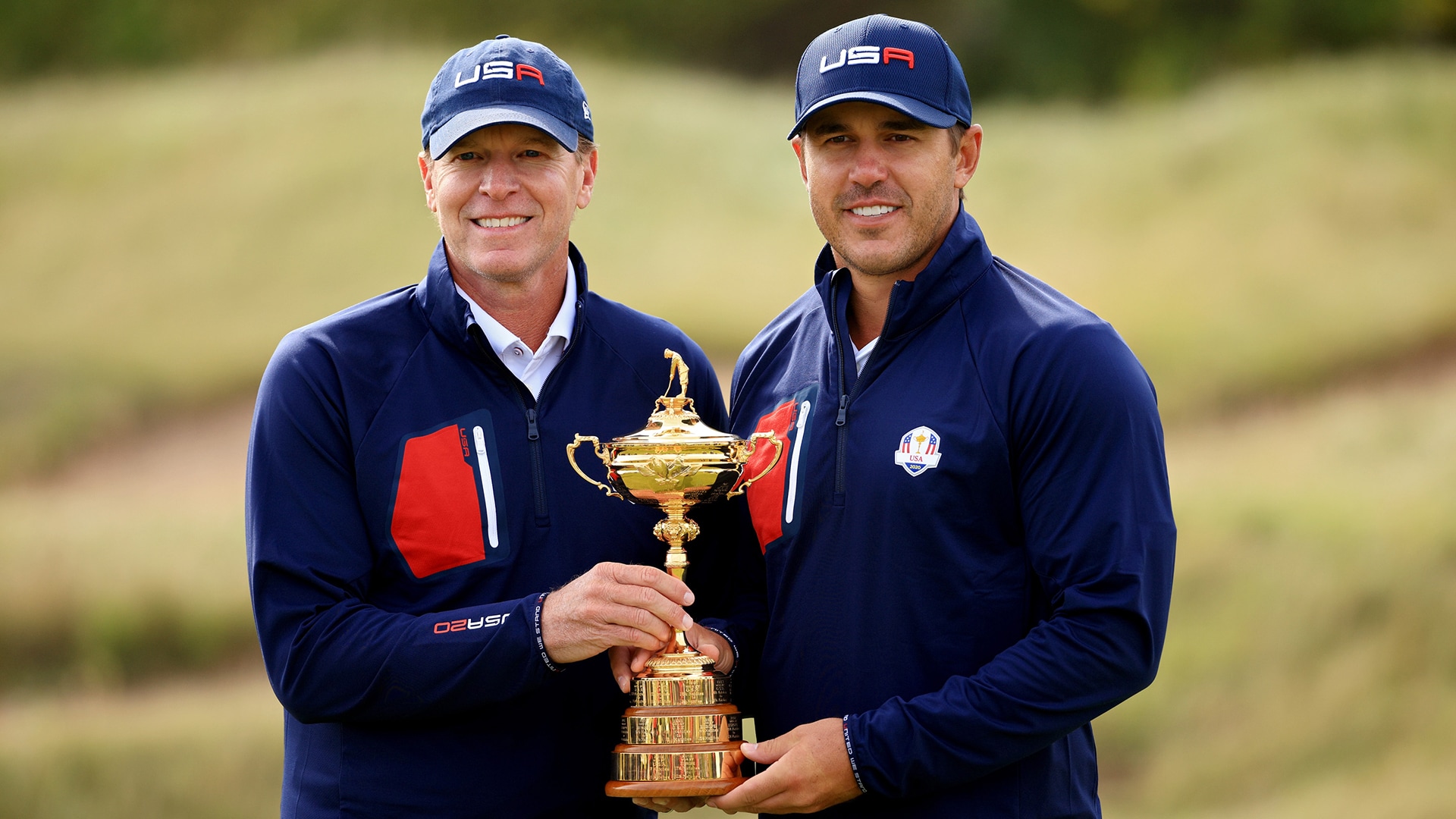 Brooks is back. OK, maybe a spot inside the top 20 after two rounds at the Shriners Children’s Open isn’t exactly a long-term mandate, but the optimism comes from what Brooks Koepka said more than anything he might do this week in Las Vegas.

It’s no secret that the four-time major champion has been slowed in recent years by an assortment of injuries, including an ailing left wrist that forced him to withdraw from last month’s Tour Championship. But as he started his season this week, there were hints of optimism.

“I mean I still in my head think I'm young, I still think I'm like 22, 23, 24 in my head, but realizing that my body can't do the things that I used to do, tend to take it a little bit slower and just be more cautious,” he said. “You don't feel 100 percent every week and you're not going to. But just really trying to minimize the big stuff.”

The litmus test will come in April when the major season begins, but an older, wiser Brooks feels like a good start.

Ryder Cup redux, Part I. Every two years the matches are the gift that just keeps on giving, and the U.S. team’s historic victory has only feed the content machine.

At this week’s Constellation Furyk & Friends, Steve Stricker peeled back the curtain on a few topics, including the Koepka and Bryson DeChambeau man-spat that some thought could be a toxic element in the American team room.

“I reached out to them probably a month, two months prior to the Ryder Cup and asked them both ... Could we take a step back here for the greater good of the team?” Stricker said. “They were both very good; they were both on the same page.”

Stricker also confirmed that the Americans asked to be paired together in the team session (in foursomes, no less) and that he considered the option on Day 2.

“That's how close this team became,” Stricker said. “To have these two guys that, you know, seemed not as very close that ended up giving each other a hug in the press conference at the end, yeah, it was really kind of a magical week and a magical thing that happened with those two guys.”

We knew Stricker was a good captain, but as the curtain is pulled away, it’s becoming clear how good.

Made Cut, Did Not Finish

Imitation. If, as the saying goes, imitation is the best form of flattery, then how is it that the International Presidents Cup team missed the mark?

As part of his Ryder Cup debrief with the media this week, Stricker also talked about the importance of having six captain’s picks and the flexibility it gave him to round out his team with the right players.

It’s a lesson the U.S. Presidents Cup team seems to have noticed with next year’s captain Davis Love III poised to also pick six players to complete his team, and yet the International side will only have four picks.

Maybe giving a captain two extra picks isn’t the ultimate fix for this wildly one-sided event, but given recent history, wouldn’t it be worth the effort to find out?

The Seahawks lost their Thursday bout with the Rams, but on the upside, Dahmen made five birdies for an opening 67.

Ryder Cup redux, Part II. Along with the inevitable deconstruction of the matches comes plenty of blame and second-guessing, and it began quickly for the Europeans.

The Telegraph reported this week that European captain Padraig Harrington was forced to rework his pairings on the eve of the matches when it was discovered that some of his potential foursomes pairings consisted of players playing different golf balls.

According to the report, Lee Westwood and Paul Casey were to play together in foursomes until it was discovered they play a different model of ball. The same issue came up with Matt Fitzpatrick and Viktor Hovland.

The need to assign blame is understandable, and perhaps Harrington was caught off guard a time or two, but none of the mistakes, either real or perceived, was going to change the one obvious truth – the U.S. team was simply better.