Cut Line: TOC gets the respect it deserves; questioning the new green-book rule 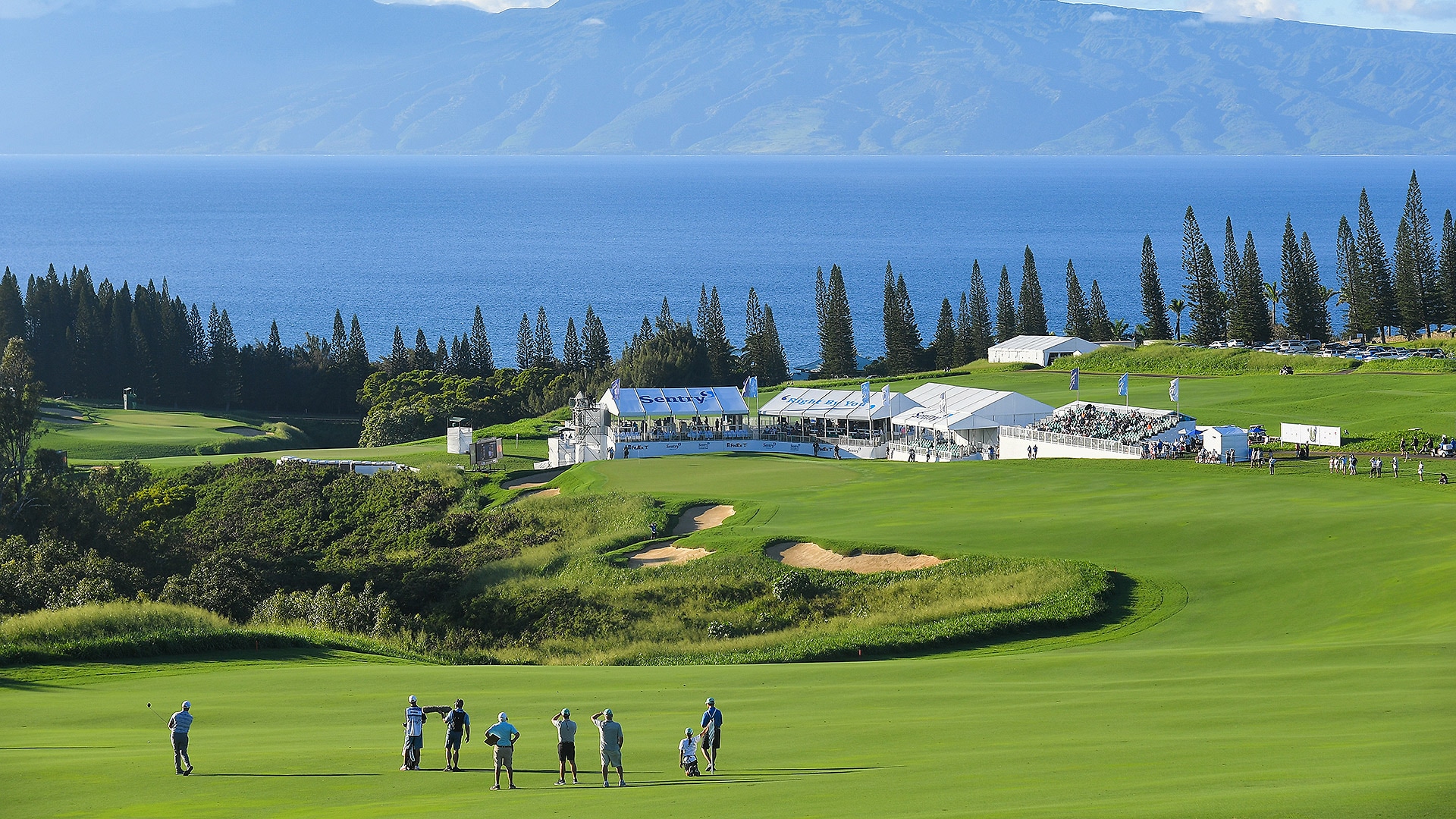 In a New Year’s edition, we celebrate Maui as a can’t-miss event, question a new rule on green-reading material that only creates more questions and join the ongoing debate over whether competition is good for golf.

Maui makeover. There was a time not that long ago that the annual opener in Maui was something of an afterthought for some of the game’s top players, but that’s no longer the case.

Just a single player who was qualified for the winners-only event (Rory McIlroy) passed on the trip to the Sentry Tournament of Champions and whatever the motivations – Phil Mickelson, who is making his first start in Maui since 2001, suggested in a tweet he added the event to qualify for the full Player Impact Program payout – the tournament has become a must-play.

The strength of field according to the world ranking (514) is the event’s best in more than a decade and the tee sheet includes seven of the world’s top 10 players.

Kapalua was always intended to be a reward for winning, not an obligation to be endured. Whatever the motivation to embrace the lid-lifter, it’s encouraging to see the current generation enjoy that reward.

The journey and the destination. Jon Rahm and Collin Morikawa are poised to begin what promises to be a delightfully intriguing give-and-take atop the world ranking for the foreseeable future.

World No. 1 Rahm leads No. 2 Morikawa by a little more than half an average world ranking point and the American can claim the top spot with a top-3 finish this week, depending on how the Spaniard finishes. However this plays out at Kapalua, the duel for the top spot promises to be an ongoing storyline this year.

“It's been a dream my entire life to get to No. 1 in the world, but it's not just about getting to No. 1, it's about sustaining that,” Morikawa said this week. “It's all in my control, all I can do is try and win the tournament and that's all I'm going to focus on. But it's a huge goal.”

In the past, players have been reluctant to acknowledge the importance of being world No. 1. That’s not the case with either Rahm or Morikawa and that’s why the current race promises to be so intriguing.

Book it. If you’re into the inside-baseball stuff, one of the year’s compelling side stories will be how players deal with the new rule that bans green-reading books.

How players like Bryson DeChambeau, who used the green-reading books as much as anyone, adjust to the new rule will likely play out on a much grander scale with the difference between a decent week and a victory often decided by slight degrees on the greens.

“I think I'm going to be fine, just knowing how I use them in the past. I trust my caddie with everything we do anyway, so I'm not too worried but I'm sure a lot of other guys that really rely on it, they - you've got to find another way, right?” Morikawa said.

Our Golf Channel colleague and the former Tour caddie has provided some much-needed insight into the rule change regarding green-reading books and his tweet proves that a clunky rule change can be worse than the habit it’s attempting to regulate.

Those concerns over the $40 million program only grew late last month when Mickelson tweeted on Dec. 29 that he’d won the $8 million PIP bonus, but that doesn’t seem to be the case. At least not yet.

“The five Player Impact Program metrics run through Dec. 31,” the Tour said in a statement. “Additionally, there is lag time in the reporting of several of the metrics, combined with the fact that the final results will then be authenticated by an independent auditor.”

The Tour expects to release the top-10 finishers to the membership around Feb. 15, which makes Mickelson’s tweet curious. Did Lefty really believe he’d won or was he simply trying to game the system with a late social-media spike?

There are plenty of reasons to question the PIP, the most obvious being a general lack of transparency, and Mickelson’s apparently premature announcement only adds to that list.

Competition. Whatever super league concept Greg Norman and his staff at LIV Golf Investments are cooking up, the impact of a potential rival circuit on the PGA Tour is already obvious.

The PIP and rumors of a lucrative fall series for PGA Tour players are both direct responses to the super league, which is rumored to be poised to offer guaranteed paydays to the game’s top players. A potential rival has also created leverage for the game’s best players and an interesting debate – is competition good golf?

“I think certainly it's a threat to the PGA Tour. I think as a player, overall, it will benefit in that I think that the changes that have come from the PGA Tour have been modernized in a way that may or may not have come about if it weren't there,” said Jordan Spieth, one of four player directors on the Tour’s policy board. “From my point of view, I think that it's been beneficial to the players to have competition, and I think the Tour would say that they probably feel that they're in a better position going forward.”

Spieth’s take, as always, is thoughtful and nuanced, and it also creates another conversation – is what’s good for the players also good for the Tour?

Cut Line: For better, for worse or out for No. 1

After a warm and fuzzy start to the year, we offer a contentious edition this week, with lots of self-serving vitriol.