As the ball left the club face, Points lowered his club in disgust, put his hand on his hip and immediately told the ball to “Go!,” thinking he left it short. The ball landed just over the bunker and released about 20 feet and rolled in the hole for an ace.

The ace got Points to 2 under on his round and he finished with an even-par 72. Afterwards, he explained his reaction.

For the record I miss hit my 6 iron off the toe. I was begging for it to get over the bunker. It did and rolled in. Completely lucky and I am grateful for it! Haven’t had much luck recently, sign of good things to come. Sorry if my celebration wasn’t boisterous enough for everyon

Franceso Molinari also aced No. 7 in the morning wave on his way to a first-round 69. 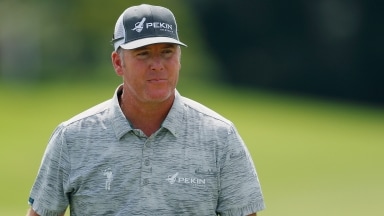 D.A. Points has missed 16 of 17 cuts this season while playing with a herniated disc that causes numbness in his fingers. 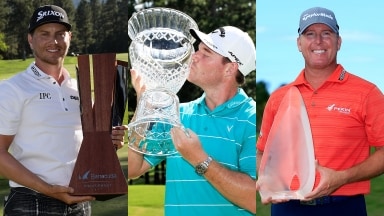 Chris Stroud, Grayson Murray, and D.A. Points all qualified for the PGA via opposite-field Tour victories, and they all shot 68 Thursday.