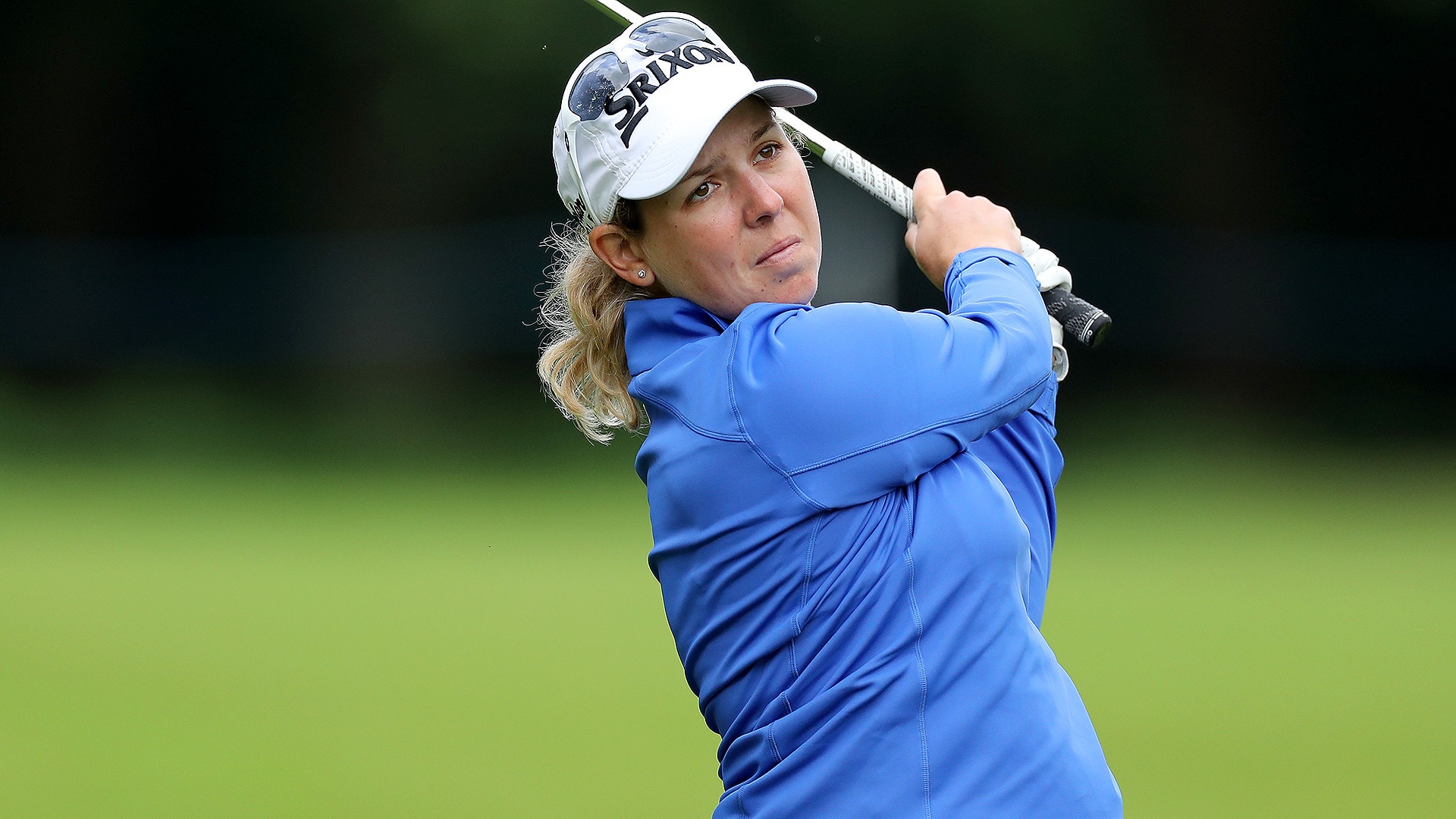 MILTON KEYNES, England – Ashleigh Buhai shot a 7-under 65 to take a one-stroke lead in the first round of the Women's British Open on Thursday.

Buhai finished just ahead of Hinako Shibuno and Danielle Kang, who each had a bogey in rounds of 66.

Top-ranked Jin Young Ko, seeking her third major title of the year after winning last week's Evian Championship in France, was well positioned after a 68.

Buhai, who has never won on the LPGA, made her only bogey on the par-5 11th but responded with three straight birdies on Nos. 14-16. Her best previous British Open finish was a tie for 30th in 2017.

Lexi Thompson, whose wayward passport after the Evian Championship caused a delay for a van carrying golf bags for nearly 40 players to Woburn, opened with a 71.