Moore tells MSNBC 'I'm a member, not an advocate' 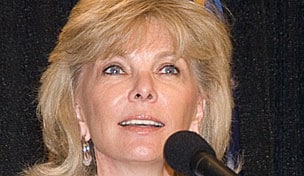 Getty Images
LOUISVILLE, KY - SEPTEMBER 20: Ian Poulter of the European team holes a birdie putt on the 18th green during the afternoon four-ball matches on day two of the 2008 Ryder Cup at Valhalla Golf Club on September 20, 2008 in Louisville, Kentucky. (Photo by Sam Greenwood/Getty Images)  -

'It was a lifetime honor,' Moore said of her invitation to become an Augusta National member. 'It was humbling, exciting; it was a very big deal in one's life.'

While the 17-handicap Rice played a practice round on Sunday with three-time Masters champion Phil Mickelson, Moore, interviewed by Craig Melvin at the 300-acre plantation-turned-farm in Lake City, S.C., that has been in her family for six generations, admitted with a laugh that 'my golf game needs work. Let's say that.'

Moore, 58, said her purpose in life 'is to be a change agent – to effect change for the positive.

But asked if she would push for more female members at Augusta National, she said no.

'I wouldn't think that would be something I would do,' she said. 'I'm very happy and very honored to be one of the first (female) members. That wouldn't be my role there. I'm a member. I'm not an advocate, I'm a member.'