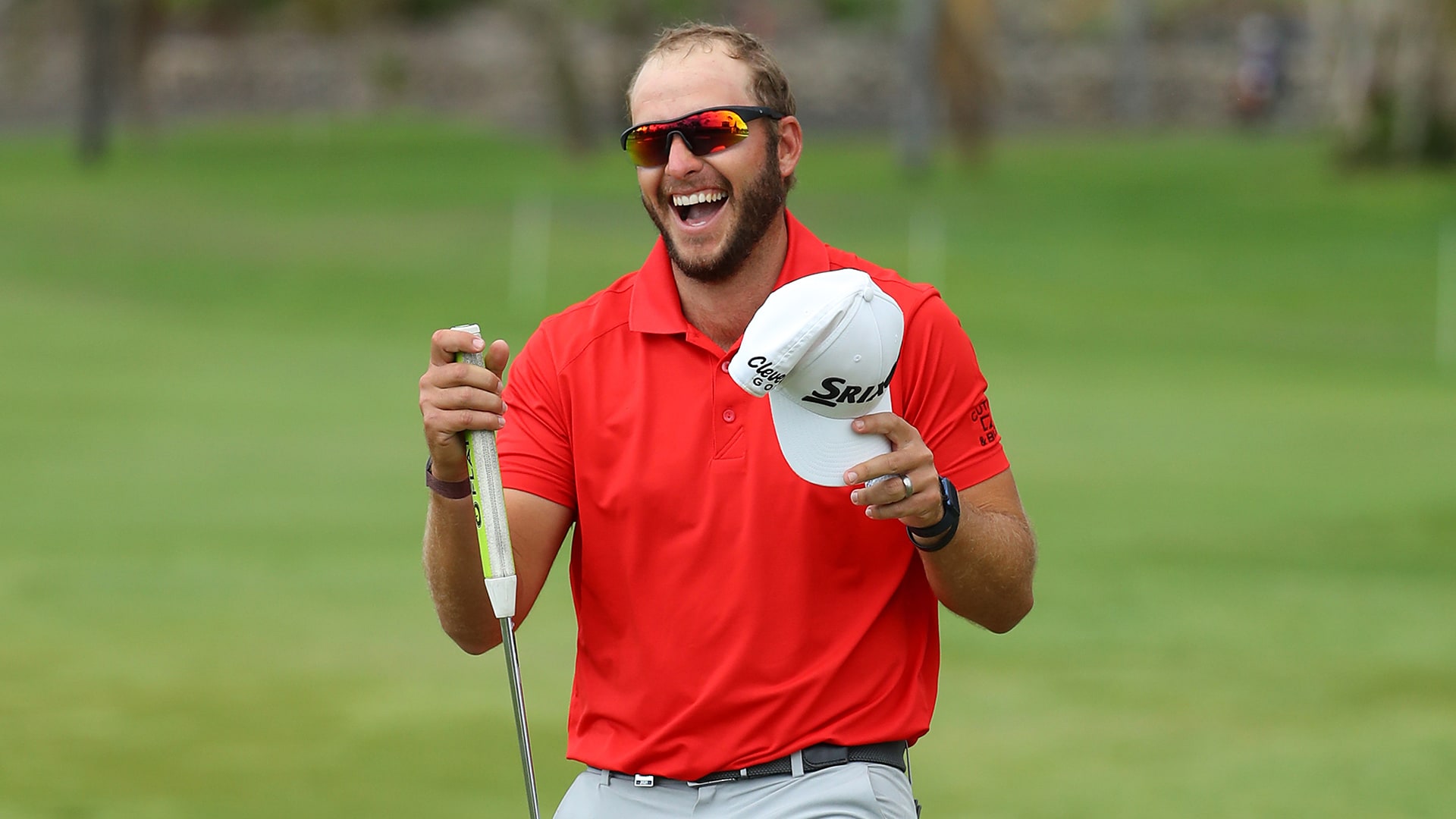 TENERIFE, Spain — Dean Burmester ended a four-year winless streak in style with a five-stroke victory at the Tenerife Open on Sunday.

The South African closed with a bogey-free 9-under 62 that left him at 25 under for the tournament and secured his first victory since the Tshwane Open in 2017.

The 31-year-old Burmester said it had been “four years of struggle, of hard work.”

Kalle Samooja of Finland and Adrian Meronk of Poland tied for third at 19 under, one stroke ahead of American John Catlin.

The European Tour stays in Spain for the Canary Islands Championship.