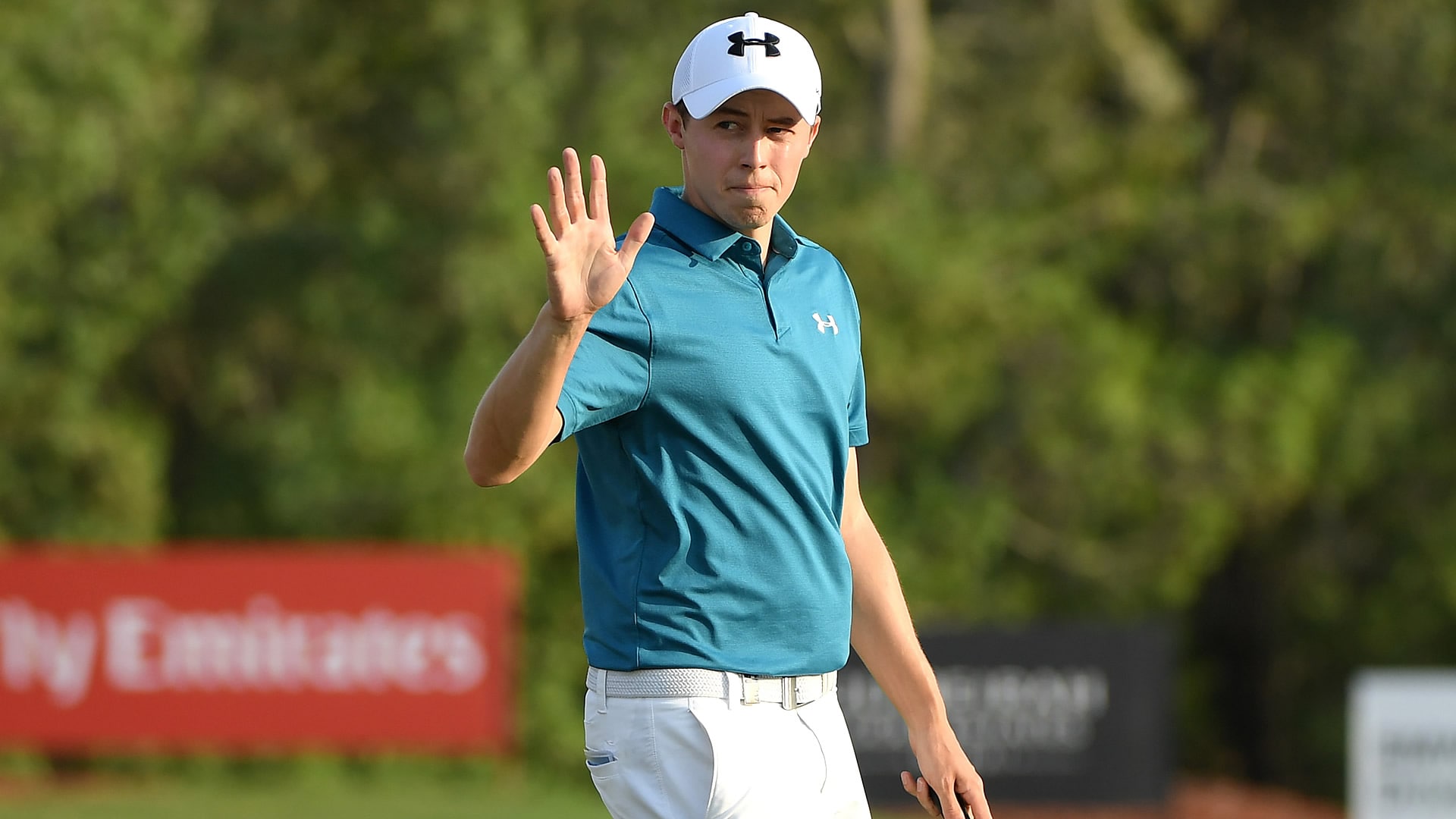 At 10 under after two rounds on the Earth course of Jumeirah Golf Estate, Fitzpatrick leads English compatriot Tyrrell Hatton, whom he beat by one shot to win the title last year.

Hatton moved into contention with a brilliant 9-under 63, a round soured only by a closing bogey on the par-5 18th hole.

In the Race to Dubai, main protagonists Tommy Fleetwood and Justin Rose experienced contrasting emotions to their opening rounds. Fleetwood boosted his chances by rising into a tie for 11th at 6 under after a 65. Rose endured a three-putt bogey on the 18th to finish with a 70, and dropped on the leaderboard so he's just two shots ahead of Fleetwood.

Masters champion Sergio Garcia, the only other player with a chance to win the Order of Merit, stayed in contention by adding a 69 to his opening 70 to be one shot behind Fleetwood.

Fleetwood needs to equal or better Rose's finishing position to claim the title. If Rose doesn't finish in the top five and Garcia doesn't win, Fleetwood will have done enough.

Fitzpatrick made two bogeys but eagled the 14th, and five birdies contributed to his 67.

Overnight leader Patrick Reed is now three back following an even-par 72. Reed is in the field thanks to a European Tour regulation that allows the Presidents Cup to count as an official event, thus allowing him to meet his quota of tournaments played.

Fitzpatrick was helped immensely also by the 18th, where Hatton, Rose, and Reed all made bogeys. Fitzpatrick birdied the hole for a second straight day with a 25-foot putt.

''I said to my caddie, we were putting really, really well all week so far,'' Fitzpatrick said.

''The thing is, you get so many fast putts around here, even uphill into the green, they are still running at 12, 13 (on the stimpmeter) even. You've just got to be really sort of careful. Every putt is effectively a two-putt. You've got to control your pace well and limit your mistakes, because it's easy to three-putt out here.''

Rose, hoping to win a third straight tournament after triumphs in China and Turkey, was disappointed with his finish despite playing solid golf from tee to green.

''To make six (on 18) just ends the day on the wrong note, but other than that, I played really well on the back nine,'' Rose said.

''I was aware of the scores and who had done what today. But listen, halfway stage, I'd probably have signed up for that if somebody said on Wednesday you would be in this position after two rounds. It's a position you can build on the weekend.''

Fleetwood resurrected his chances of winning the Order of Merit with a 65, eight shots better than his opening round. His only bogey of the day came on the seventh after an errant drive, but that was the only mistake on a solid day that saw him make eight birdies.

Fleetwood spent hours on the putting green after his first round.