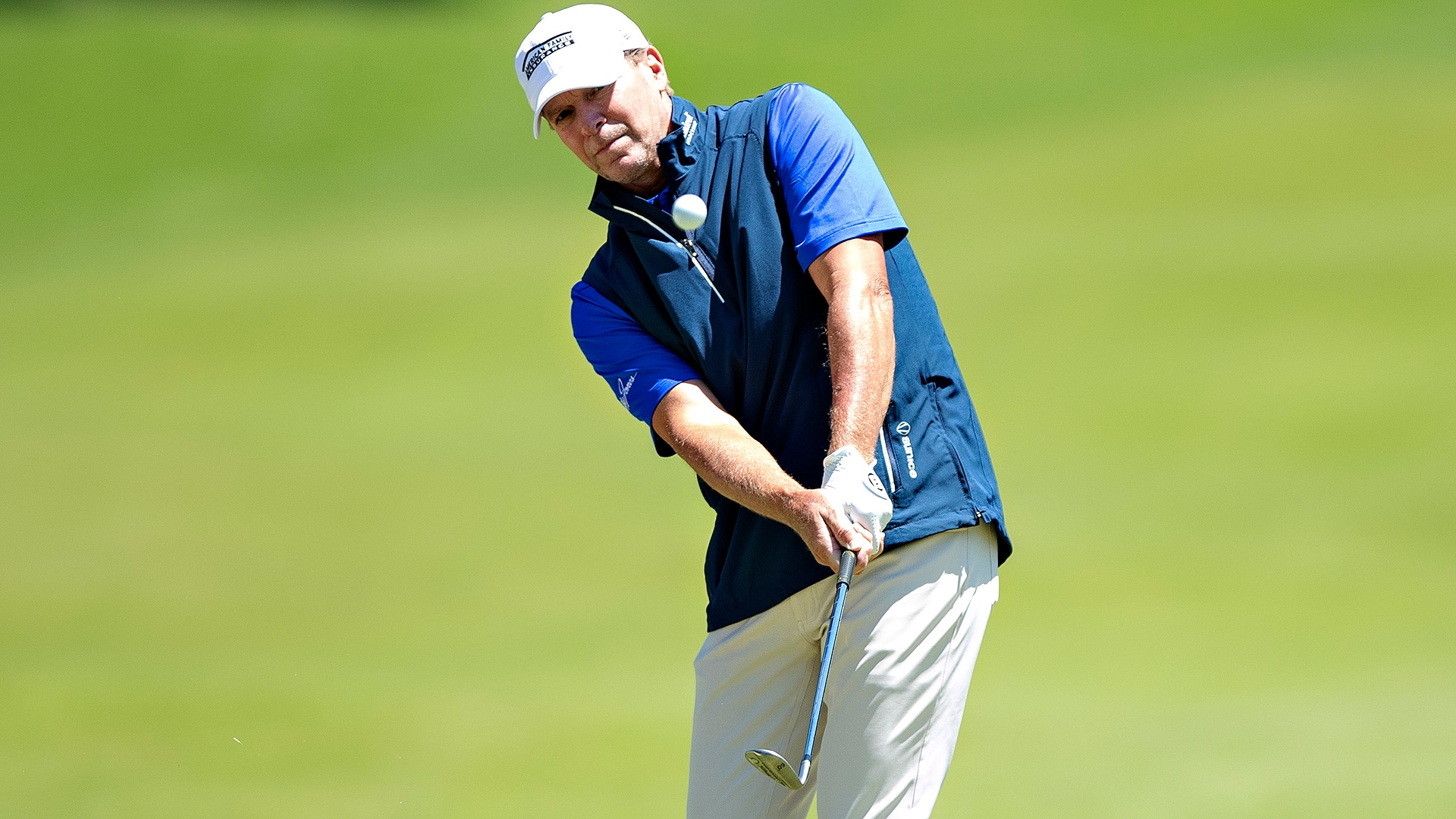 BIRMINGHAM, Ala. – Defending champion Steve Stricker birdied the final hole Friday for a 3-under 69 to move into a four-way tie for the lead halfway through the Regions Tradition.

Cejka, who made the field as the first alternate when Jay Haas withdrew, followed his opening 68 with a 69 at Greystone Golf & Country Club. Kelly had a 70 and Clarke shot 71 to get to 7 under.

"I'm just grateful for every start I get," said Cejka, who was born in Czechoslovakia and grew up in Germany. "I know it's tough. There's only 80 guys every week in the field. So many old great players who are privileged out here to play. And I got to prove myself. And if I have to go back to Monday qualifier or do a top 10 to get me in next week, I will do whatever (it) is necessary to do."

Stricker had four birdies and a bogey. In 2019, he pulled away for a six-stroke win and his first senior major title. The event was canceled last year.

"I didn't do anything dumb today, just hung around," Stricker said. "We're only halfway home, so we have a weekend to go.

"Someone's going to probably bust out of this pack, I would imagine. The wind is supposed to switch directions for the weekend, so that will shake thing up probably a little bit, too."

Cejka tied for second at the Chubb Classic after winning the Monday qualifier.

It was a huge turnaround from a rocky PGA Tour Champions debut in February when he closed with a 78 in Arizona.

Four players were one stroke off the lead, including World Golf Hall of Famer Ernie Els. He and Dicky Pride both carded their second straight 69. Stephen Ames had a 71.

Two-time champion Bernhard Langer's 69 put him only two strokes back in pursuit of his 12th PGA Tour Champions major title.

Ames, who started on No. 10, held the lead going into the final two holes. He fell back with a double bogey on the par-4 eighth hole after making only one bogey on the first 34.

"Scoring was really tough today, with the wind blowing around and stuff like that," Ames said. "But I had an unfortunate break on 8, where my ball ended up on top of one of those acorns and it ricocheted and made double."

Pride, who lives about an hour away in Tuscaloosa, hasn't finished better than 12th in nine PGA Tour Champions events.

He cycled through an adventurous round to move into contention. Pride, son of former University of Alabama golf coach Dick Pride, had four bogeys and five birdies.

He sandwiched two of the bogeys around an eagle on the par-5 No. 2 hole and finished with another misfire. Pride had struggled on the PGA Tour's developmental Korn Ferry Tour in 2019, finishing 62nd in the only tournament he completed and earning $1,588.

"I need to cut out the bogeys," Pride said. "I need to play a little bit more consistent." 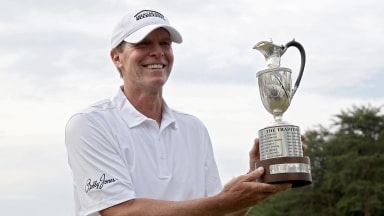 After illness, Stricker gets major win at Tradition

Stricker's second Tradition win came in his third event since returning from a six-month absence for health reasons.

Steve Stricker takes a three-stroke lead into the final round of the Regions Tradition.