Kang grouped with world No. 1, USWO champ at KPMG 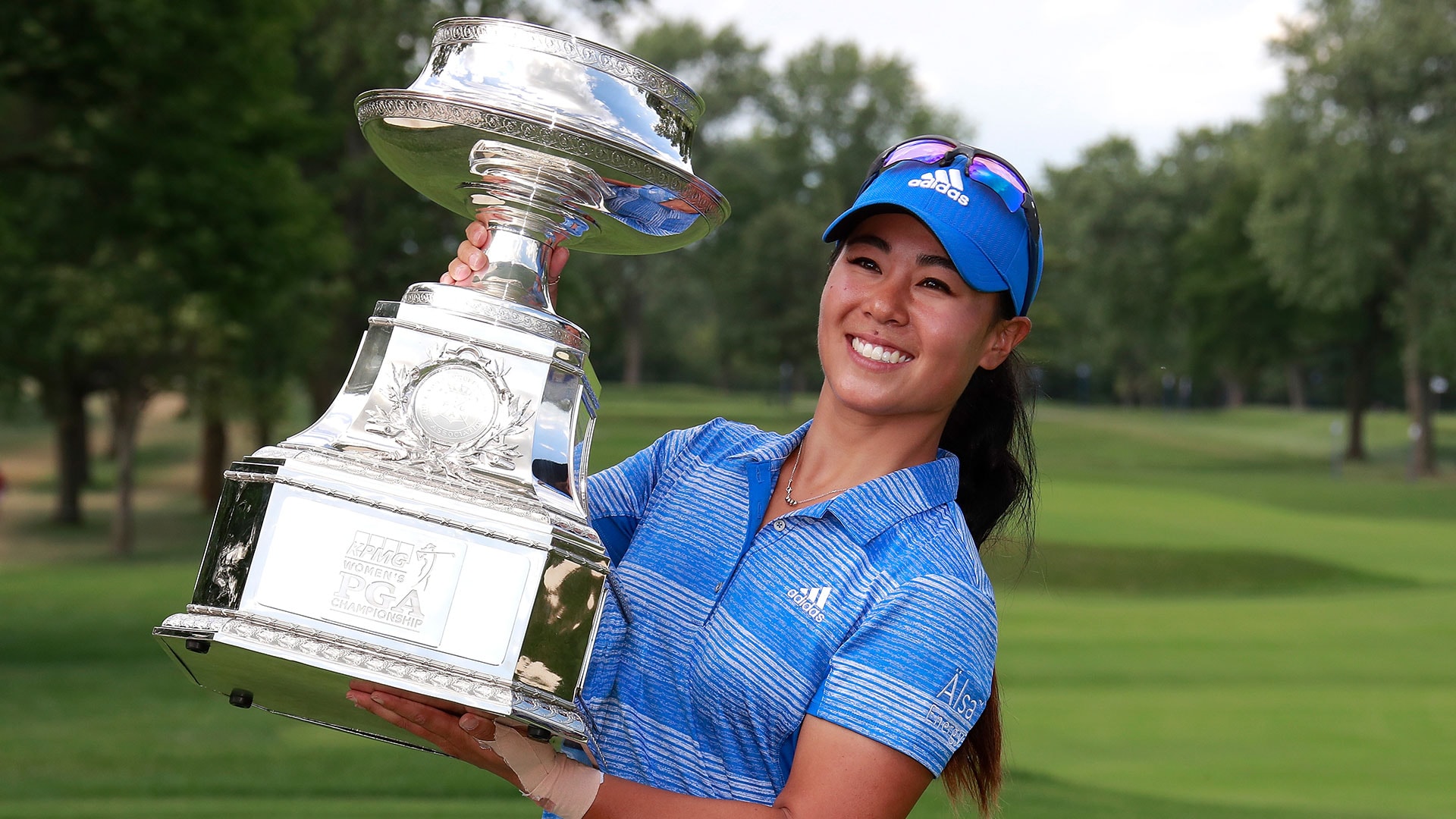 Here’s a look at some of the notable groupings (all times ET):

Kang broke through to win her first LPGA title at Olympia Fields last year and is looking to join Se Ri Pak and In Gee Chun as the only players to claim major championships as their first two LPGA titles. Park is aiming to win this major for the fourth time. She is the last player to win it back to back. (Actually, she won it three times in a row, 2013-15). Jutanugarn is looking to win back-to-back majors after claiming the U.S. Women’s Open a month ago.

Thompson is seeking her first victory this year, but she arrives in good form. She tied for third Sunday at the Walmart NW Arkansas Championship, her third consecutive top-10 finish. Ko won the LPGA Mediheal Championship in April and also is coming off a top-10 finish last weekend, her fourth in her last six starts. Ryu won the Meijer Classic two weeks ago.

Wie won the HSBC Women’s World Championship in March and has been flirting with another victory ever since. She has six finishes of T-15 or better this season, including a T-10 finish at the U.S. Women’s Open. Hull’s first LPGA title felt like a major at the season-ending CME Group Tour Championship in 2016, but she’s looking to claim a real one this week. She finished top 10 in both of the women’s majors played so far this year. She was T-6 at the ANA Inspiration and T-10 at the U.S. Women’s Open. Korda would like to follow Kang’s lead and become another first time LPGA winner at the Women’s PGA. She tied for 10th at the U.S. Women’s Open a month ago and followed that up with a T-9 finish at the Meijer Classic two weeks ago. 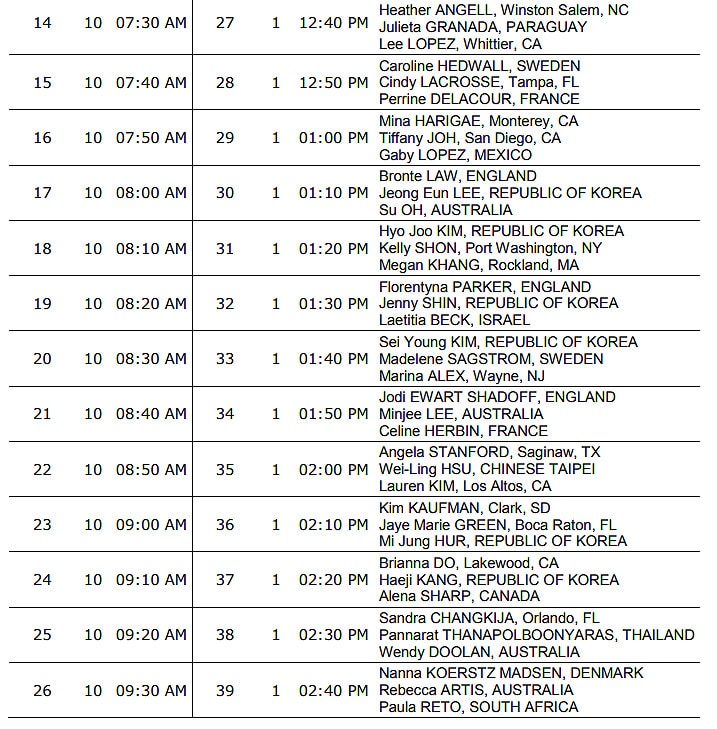 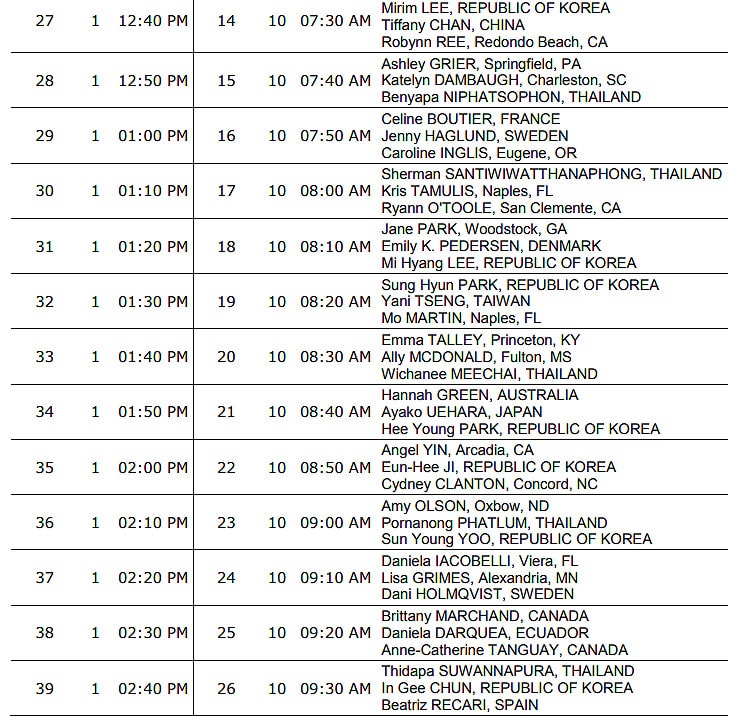 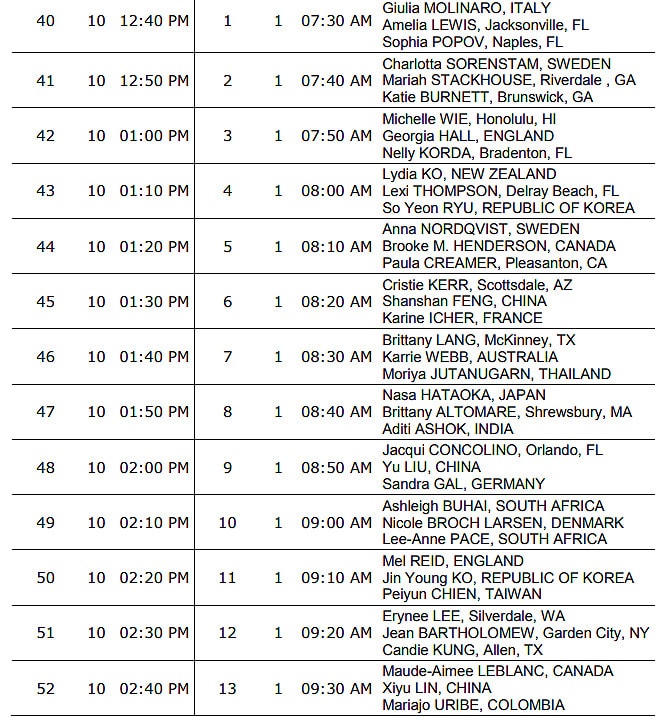