Déjà vu all over again: Fowler back in major hunt 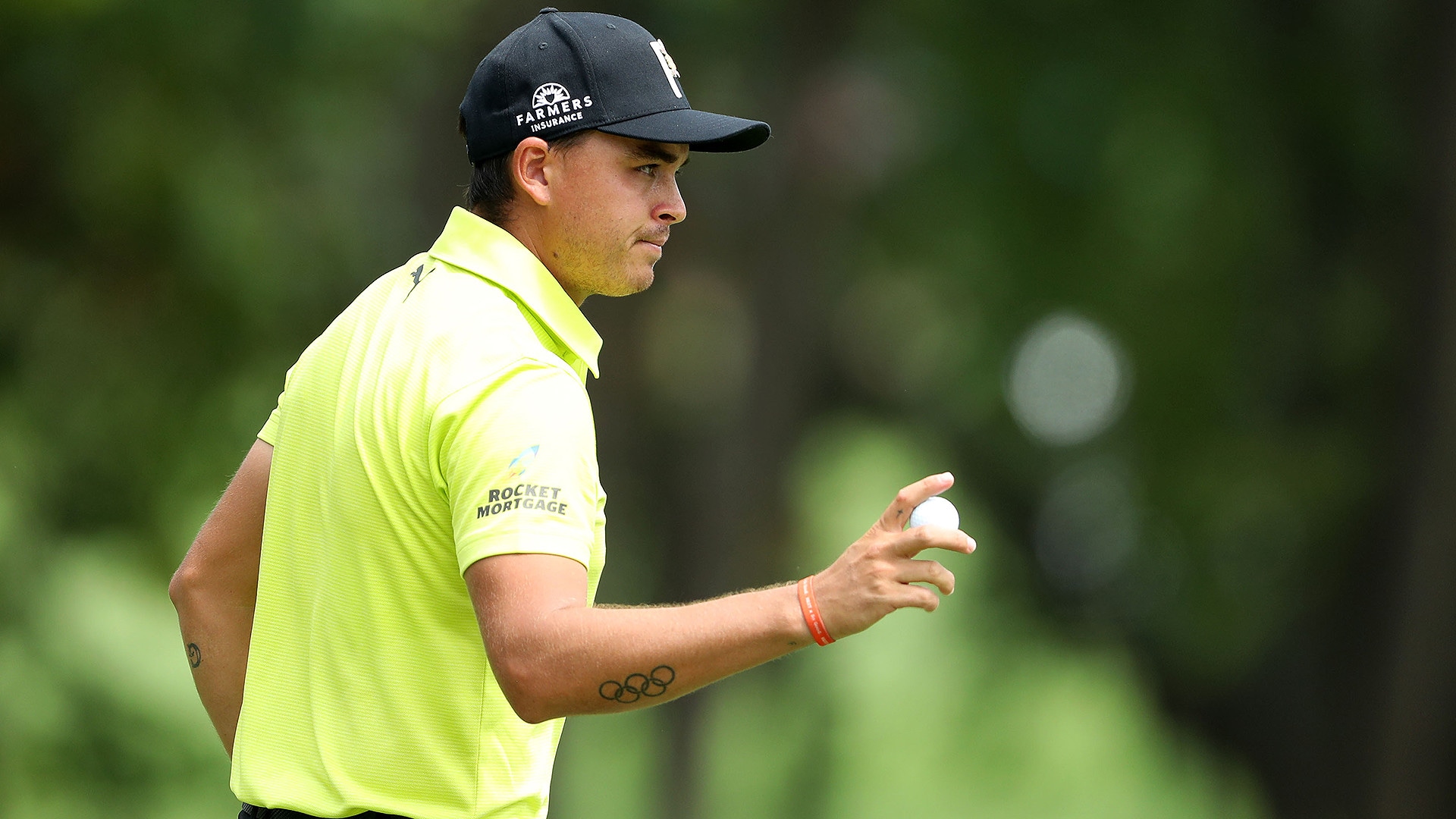 ST. LOUIS – It’s like Grand Slam clockwork. Rickie Fowler goes out and does Rickie Fowler things, moves into the hunt at a major, and then waits patiently for the inevitable.

Question: Are you aware of how many majors it took Phil Mickelson to win [his first] major and, if so, does that inspire you and give you hope?

Answer: I always have hope.

If that sounds prepared, maybe even rehearsed, Fowler should be forgiven. He’s fielded the same give-and-take for the better part of his career.

In 2014, when he completed the Top 5 Slam with top-5 finishes in each of the year’s four majors, Fowler endured the ever-present slings and arrows of a public that celebrates victories, not near-misses.

In 2017, when he entered the final round of the U.S. Open just two strokes off the lead, his long-awaited Grand Slam tilt seemed like a fait accompli, a foregone conclusion. It was all there, the talent, the determination, the experience, every piece of the complicated major puzzle dropping neatly into the proper order.

“Yes, but he still has to do it,” warned Fowler’s swing coach, Butch Harmon, at the time.

Fowler would tie for fifth at Erin Hills.

Fowler’s most recent brush with the Grand Slam ceiling came in April at the Masters, when he closed his week with a birdie at the last hole to move to within a stroke of Patrick Reed.

The PGA Championship is Fowler’s 36th major start and he remains winless in the game’s biggest events. In his defense, sometimes you lose a major and sometimes you get beat; this year’s Masters qualifies as the latter for Fowler, after Reed played flawlessly down the stretch for victory.

“It wasn't something that I needed to get over, it was definitely a great week, I left everything out there on the golf course so it wasn't necessarily like, ‘Oh, man, what if I would have hit this shot instead of this shot,’” Fowler explained on Thursday at Bellerive. “The back nine I executed nearly perfect. After I birdied 12, I really thought I could birdie in.”

Fowler is back at it this week at the PGA Championship, opening the year’s final major with a ball-striking clinic, hitting 11 of 14 fairways and 16 of 18 greens in regulation for a 5-under 65.

Fowler was two strokes clear of the field when he walked off a steamy golf course [he finished the day one back of Gary Woodland] and his lone bogey was a testament to how well played. For nearly any other player, that kind of round to begin a major would be a reason to celebrate. For Fowler, it was a reason to answer those all-too-familiar parade of questions.

Question: Are there times when you sit back and wonder to yourself, when is my time going to come?

Answer: You can't force the issue. It relates to some of our game plan and how we're going about this week as far as just trying to play within ourselves and not do anything extra special. I don't have to play special to win.

Fowler’s plight is a curious one. His four PGA Tour victories are a tribute to his talent, and his triumph at the 2015 Players Championship would qualify in many circles as a “major light.” But when compared to his celebrity, however unfair that might be, there is a conversation to be had regarding unfulfilled potential.

The 29-year-old is pretty good at building firewalls between himself and the noise. He knows what will be said about his opening 65 and his chances to end his Grand Slam drought, and he’s also learned, through a decade of trial and mostly error, that nothing good comes from those types of goal-based expectations.

“I'm looking forward to the days to come and like I mentioned a few times, really all we can do is take care of each day,” he said. “It sounds cliché, hole by hole, shot by shot, but Thursday you can check the success box and move on to Friday.”

Fowler isn’t hiding behind the platitudes, he’s living by them. He may still be unsure exactly what it takes to clear the Grand Slam hurdle, but fixating on the outcome certainly isn’t the answer.

Fowler explained he still hasn’t watched the highlights of the final round from this year’s Masters, whether if that’s by design or accident is unclear, but he has a general idea of what transpired on that Sunday.

“Jordan [Spieth] told me Patrick had a long putt on 17 from off the green, it hit the pin to kind of stay on the green type of thing. Saying that's a good break or not, don't know,” said Fowler, whose 65 on Day 1 matched his lowest round in a major. “Sometimes that's something you need to get over the hump to get the job done that week.”

Perhaps that kind of break is exactly what Fowler needs to summit the only mountain in golf that remains for him, maybe this is the week he gets his break. Of all the predictable questions that come his way at majors, it’s the one answer that continues to elude him.