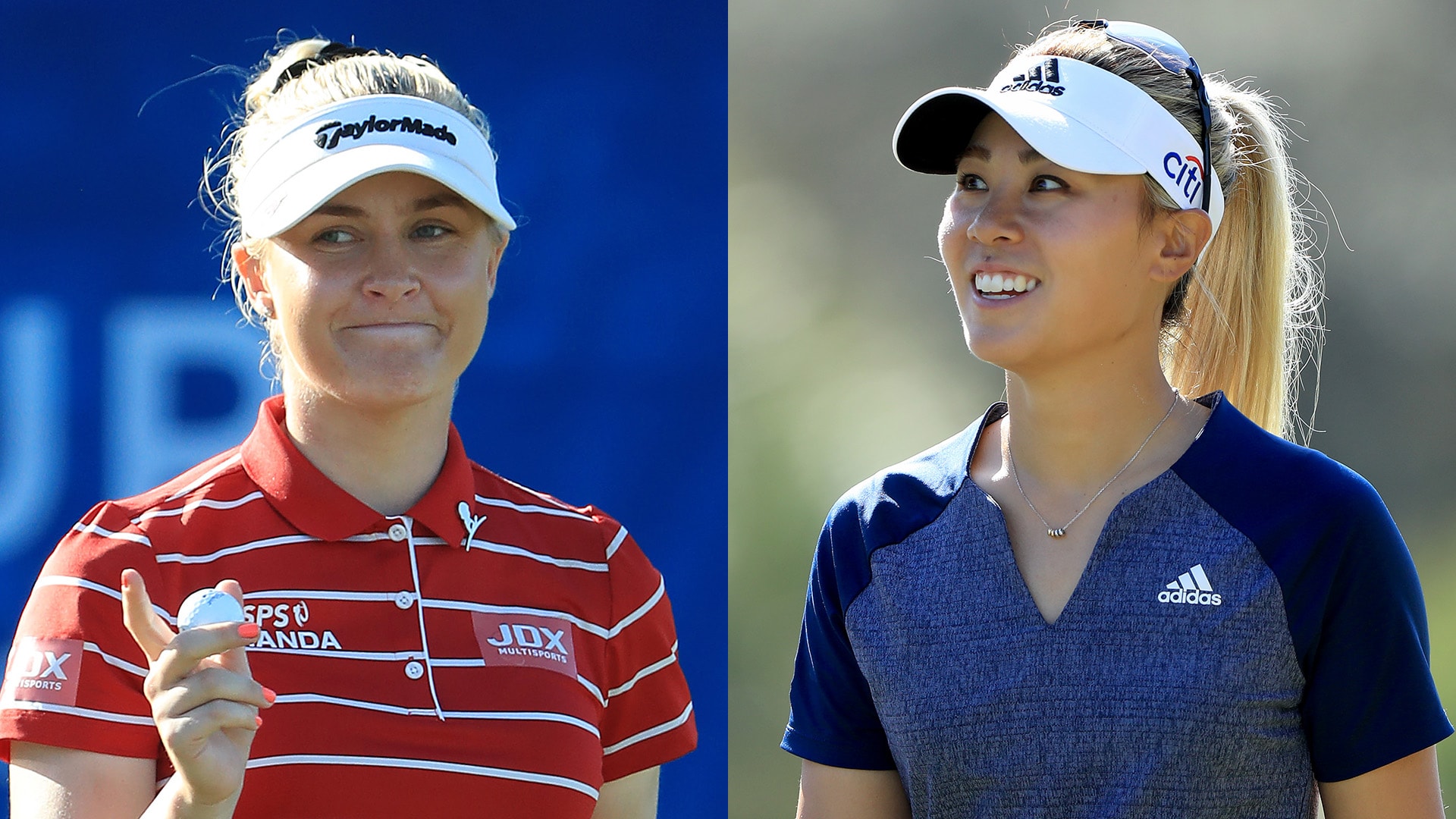 NAPLES, Fla. – Sei Young Kim’s victory Sunday at the CME Group Tour Championship wouldn’t have been as dramatic without all her co-stars.

While Kim took home the $1.5 million winner’s share, the largest in the history of women’s golf, Hull took home a nice check, too. With three consecutive birdies to close the championship with a 6-under-par 66, Hull forced Kim to make that last putt to beat her. Hull’s solo second-place finish was worth $480,000, more than the winner’s check in 28 of the LPGA’s 33 events this year.

Hull, 23, got married the week after the Solheim Cup in September, but she and her husband, mixed martial arts champion Ozzie Smith, still haven’t taken their honeymoon yet.

“Going on my honeymoon next Friday,” Hull said.

“Going to Dubai for two days and Maldives,” she said.

Danielle Kang put a lot of excitement into Sunday, charging from seven shots back at day’s start to within a stroke on the back nine with a 65. She eagled the 17th and then left a birdie chance at the last a half revolution short.

“I’m definitely proud of how I played,” said Kang, who tied for third with Korda (71), two shots behind Kim. “I gave myself a lot of opportunities, and I think that's what I'm mostly proud of.”

Korda, one of the best drivers in the game, battled to give herself chances despite an uncharacteristically wayward ball-striking round. She hit two balls in penalty areas and knocked three drives into the trees but managed to limit that damage.

“I was hitting it really bad today, especially with my driver,” Korda said. “I think I had three penalty strokes. I hit it twice in the water, and then I took an unplayable on one of the other holes.”

She scrambled to give herself chances until the end.

“I was fading my ball, and I never fade my ball,” Korda said.

“Really happy with how 2019 went,” Henderson said of her two-victory season.