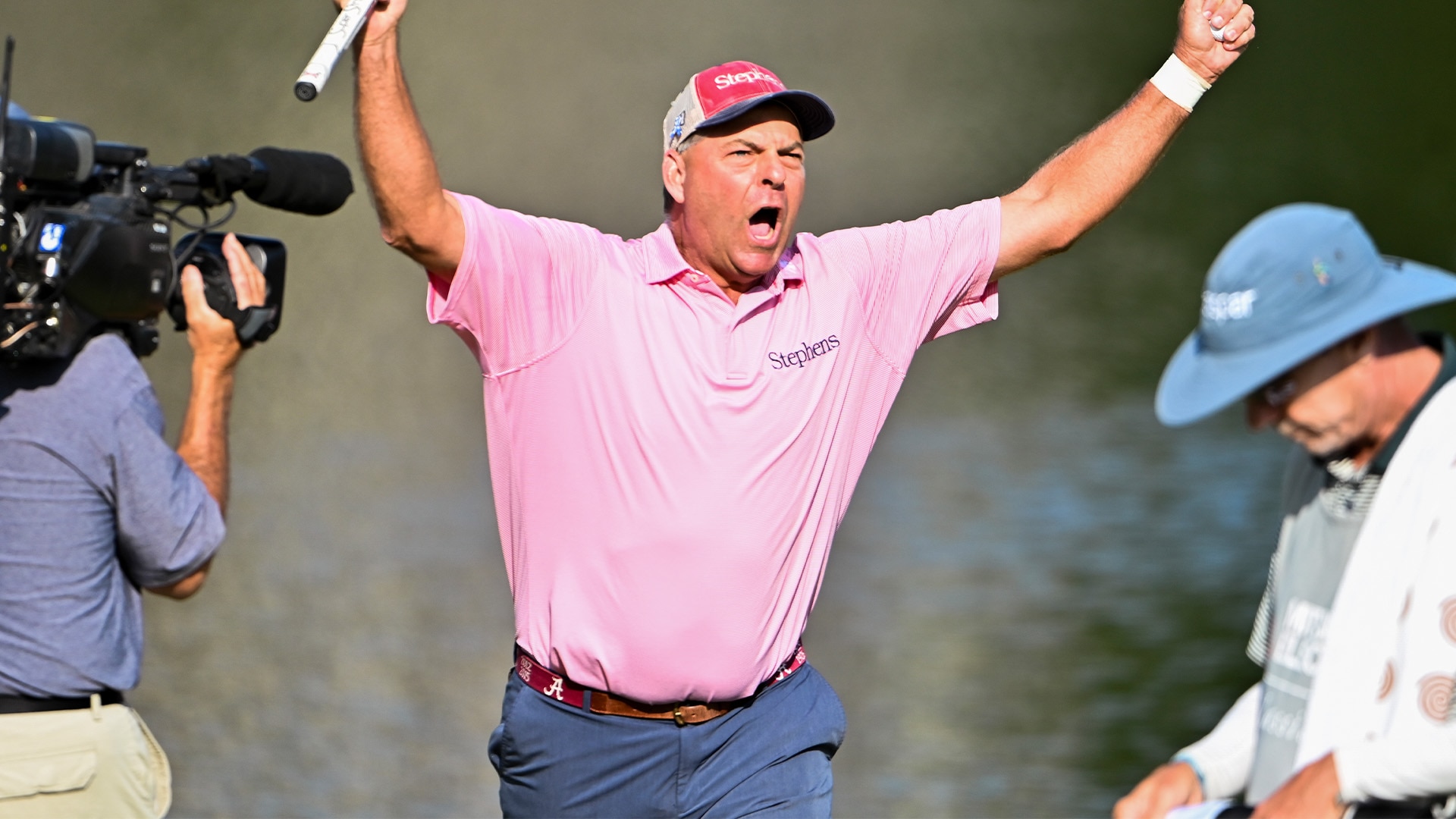 DULUTH, Ga. – Monday qualifier Dicky Pride won the Mitsubishi Electric Classic on Sunday for his first PGA Tour Champions title, closing with a 5-under 67 for a three-stroke victory.

Making his 11th senior start, the 51-year-old Pride had six birdies in an 11-hole stretch before dropping a stroke on the par-4 15th. He parred the final three to win at TPC Sugarloaf a week after contending in the major Regions Tradition in his home state of Alabama.

“I am just thrilled. I am so excited,” Pride said. “Last week was really disappointing with a horrible final round in Birmingham, my home state. I really put a lot of pressure on myself to play well and really didn’t. So I came this week, was able to qualify and played really flawless over there. Then to put three rounds together.”

Pride is the 14th open qualifier to win on the tour and the 18th player to win at least once on the PGA Tour, PGA Tour Champions and Korn Ferry Tour.

Stephen Ames and Kirk Triplett each shot 70 to tie for second with second-round leader Paul Goydos (72). Brett Quigley (68), Doug Barron (69) and Billy Andrade (72) were another stroke back.

After an opening 71, Pride had the best scores in the field the last two days, also shooting a 67 on Saturday to pull within two strokes of Goydos.

“I played the first day with Stephen Ames and Paul Goydos and I shot 1 under and I felt like I was playing terrible,” Pride said. “They’re like, `No, you’re tied for 12th.’ So, I really played well all week and just kept focused on trying to get more birdies.”