From distance to putting to pace of play, stats tell part of the story 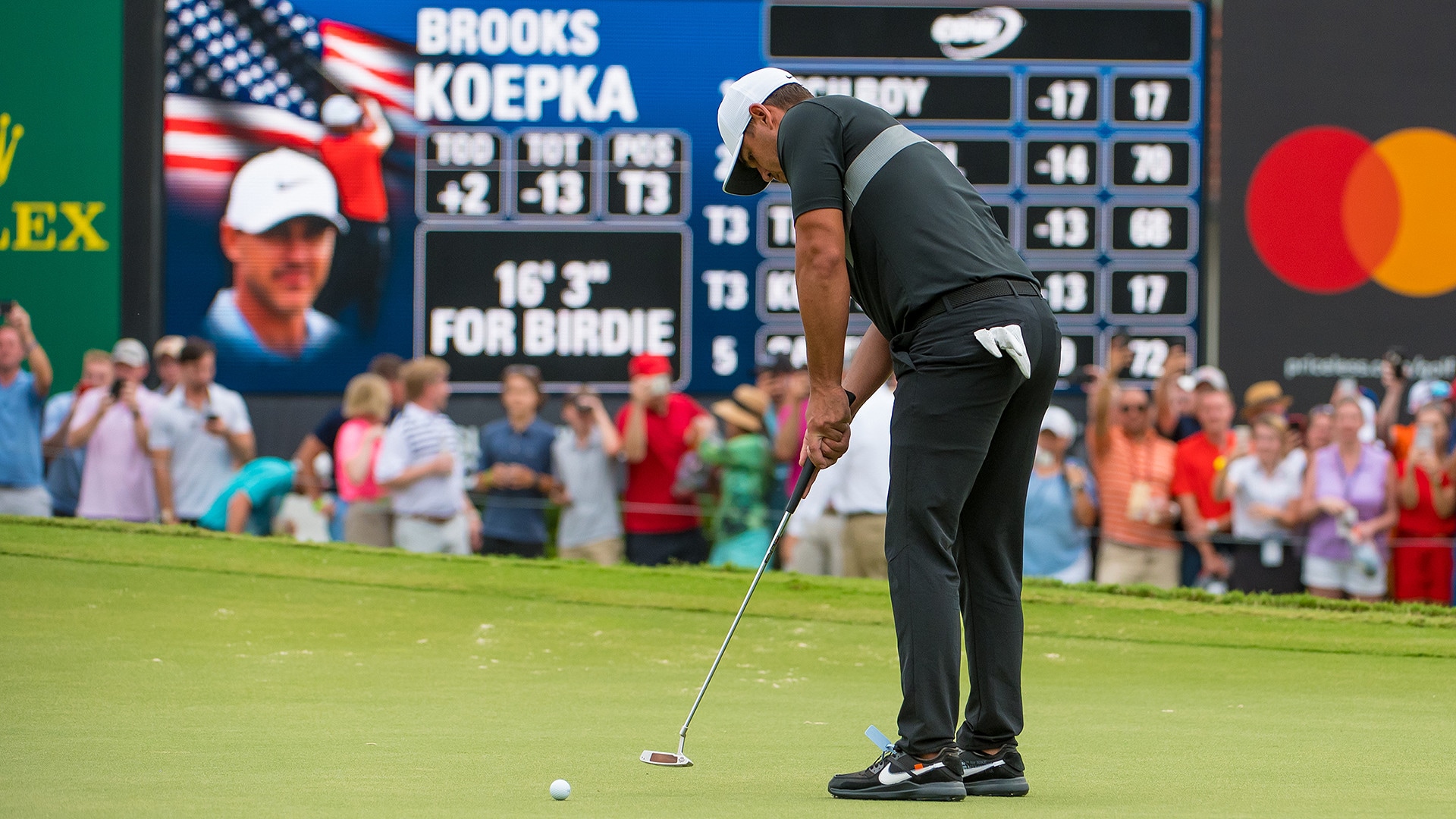 Mark Twain, among others, said it best, “There are three kinds of lies: lies, damned lies, and statistics.” But in golf you are what your scorecard says you are and before the new season kicks off next week at The Greenbrier it’s worth taking a deep dive into the 1.22 million strokes that were played during the 2018-19 PGA Tour season.

Designated driver. How far the modern athlete is hitting the ball is always a hot topic, and the USGA and R&A published a distance report earlier this year that has generated even more chatter.

“Golf is a game of skill, and long may it remain being a game of skill,” said R&A chief executive Martin Slumbers at The Open in July. “We started the distance report three years ago, driven entirely because I believe that we needed to get transparency, and there was too much Chinese whispers around what data we were looking at, so we published it.”

That conversation took a slight turn this year when the average drive on Tour dropped for the first time since 2013. The average fell from 296.1 yards in 2018 to 293.9 and seems to support theories that distance spikes in 2017 and ’18 were driven, at least partially, by new venues like the WGC-Mexico Championship and particularly dry conditions at other events.

The numbers may go down again, as this year’s schedule change pushed The Players back to March, when it played longer than it does in May, and the PGA Championship to May which brought cool and wet conditions that also impacted driving distance.

Mark Broadie's best. The Columbia Business School professor and strokes-gained guru would have been impressed. Although it wasn’t a historic performance, Rory McIlroy’s strokes-gained line for the season was eye-catching.

“The Holy Grail is [strokes gained: total of 3.00]. I'm not going to stop until I get to three because Tiger has done that multiple seasons, and when you get to three strokes gained, you're just in another league,” McIlroy said at the Tour Championship. “One of my goals every year: plus-three. I'm getting closer. It's been my best season to date.”

To prove how dominant McIlroy was, the other three strokes gained leaders were Henrik Stenson (approach-the-green, 1.14), Byeong Hun An (around-the-green, 0.63) and Denny McCarthy (putting, 0.92).


Pace problem. The Tour announced last month a plan to reevaluate the circuit’s pace-of-play policy using data collected from ShotLink, which has been used in the past to monitor how long players take over particular shots.

Under the current policy, players are allowed 40 second to hit when it’s their turn. But according to the data that’s already available, that’s probably not the best guide. The Tour average to hit a shot was 38 seconds, but that average climbs to 43 seconds for tee shots and 50 seconds for shots hit around the green.

To prove the point, your scribe timed McIlroy during the third round at the season finale at East Lake. Although the timings were wildly unscientific the Northern Irishman, who is among the game’s fastest players, took well below the allotted time for tee shots and shots from the fairway, but needed more than 50 seconds for shots around the greens.

Whatever comes from the pace-of-play study, the current data proves that not all shots are created equal.

Going the distance. While the powers-that-be continue to study distance gains, there are always anecdotal examples of why longer courses aren’t the answer.


Accuracy gap. The correlation between driving distance and success on Tour is impossible to ignore. The top three players in the world – Brooks Koepka, McIlroy and Dustin Johnson – also ranked inside the top 10 in driving distance.

The exception to this rule is Chez Reavie, who finished the season 158th in driving distance - 6 yards below the Tour average - but first on Tour in driving accuracy (75.7 percent). That Reavie advanced to the Tour Championship and is ranked inside the top 30 in the world is a testament to the throwback idea that accuracy matters.

Putting potpourri. McCarthy led the Tour in strokes gained: putting, but there are so many other benchmarks when it comes to notable putting performances this season: