If the Golfchannel.com series “1912: A Year That Changed the Game” whet your appetite for wanting more stories about Ben Hogan, Byron Nelson and Sam Snead, there is a new book out this week documenting their lives and times.

James Dodson’s “American Triumvirate: Sam Snead, Byron Nelson, Ben Hogan, and the Modern Age of Golf” is a sweeping, insightful look at the rise and reign of this golf trinity.

Dodson details how these three players rescued the American game with their popularity and star power and how they changed the game with their innovative approaches. The book represents more than a decade of research and interviews.

“They really did create a new age,” Dodson said in a telephone interview. “They were so dominant. There has never been a sport so dominated by three players at one time.”

Factor in the sharp contrast in the triumvirate's personalities, and there’s a rich plot to be explored.

“In Hogan, Snead and Nelson, you have arguably the three most distinct types of stars you could have,” Dodson said. “They couldn’t have been more different men.”

Dodson details how the trio's star power elevated the profile of a sagging American game, and how their unique and new approaches shaped future competition.

Nelson was the first real upright swing with steel shafts replacing hickory. He grooved a big-muscle swing so admired the U.S. Golf Association named its robotic ballstriker “Iron Byron.” Many consider Nelson the father of the modern swing.

Hogan changed the nature of the practice tee with his devotion to mechanics, and he changed the nature of course management with his meticulous planning in dissecting the courses he played. Snead brought athleticism and the importance of fitness to the game, and a country charm that took promotional star power to another level in golf.

While Dodson says these men respected each other, he details how the pressure competing for important titles created natural conflicts. The intensity of the competition went beyond the ropes. Nelson once beat out Hogan for a prestigious club professional job at Inverness.

About Nelson and Hogan, Dodson quotes Snead: “I think Ben had some resentment about their early years together, due to Byron’s early success. And I always heard that Ben really wanted that job up at Inverness that Byron got. Tournament golf will only magnify that sort of thing. Some fella you think is your best friend one day, well, you’d cut his throat and he yours the next day to have half a chance of winning a golf tournament. It’s just the nature of the game. Nothing personal.”

Snead wasn’t spared. In 1950, he won 11 times but watched Hogan win Player of the Year honors with just two titles, one of them Hogan’s dramatic U.S. Open victory at Merion in the year of his return to golf after a bus crash nearly killed him. That hurt Snead.

Dodson documents how these three survivors of hard times in the Great Depression came to power.

“They were creatures of a different age, when people used wits and passion to make something of themselves,” Dodson said. “They each dug their games out of the dirt, and they were three champions worthy of our admiration.”

For more on Ben Hogan, Byron Nelson and Sam Snead, see below:

• Mell: Hogan, Nelson and Snead: The Sultans of Swing 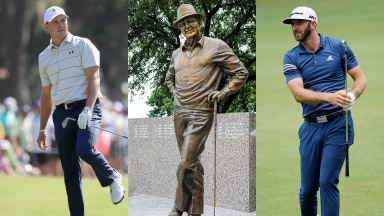 Before the Tour moves to Trinity Forest, there's a mad rush to make it to the wall of champions that sits behind Lord Byron. 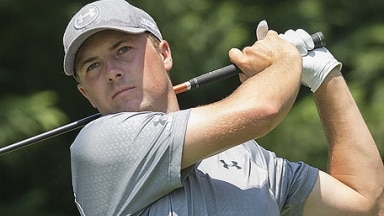 Jordan Spieth celebrated a big birthday with friends in Las Vegas, had a two-week stretch at Firestone and the PGA Championship. 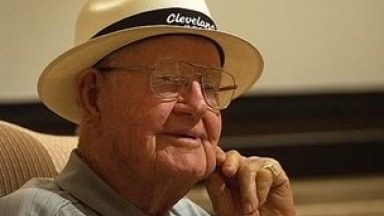 Since Byron Nelson's death, the tournament field in Dallas has gotten weaker by the year. Nelson's legacy deserves better.