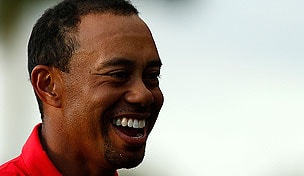 Dominant from start to finish, Tiger Woods shot a final-round 71 Sunday to win the WGC-Cadillac Championship by two strokes. Here is the skinny on the final round at Doral:

What it means: It’s the second victory of the season (Torrey Pines) for Woods, but perhaps more importantly it was his first World Golf Championships title in nearly four years. These events, of course, are as close as it gets to a major during the “regular season.” Remember, he used to own the WGCs, winning 16 of the first 30 that he played, but had endured a dry spell since Firestone in 2009. This was vintage Tiger, from the fist pumps to the putts poured into the middle of the cup. It was his fifth victory in his last 19 stroke-play events, the 76th of his career, and he can reclaim the No. 1 spot in the Official World Ranking for the first time since October 2010 with a victory in his next start, at Bay Hill. “It was one of those weeks where I felt pretty good with how I was playing,” Woods said. “I made some putts and really got rolling.”

Round of the day: Sure, Adam Scott’s final-round 64 was the low round of the week, vaulting the Australian to a T-3 finish. But Rory McIlroy’s closing 65 created the most headlines. Beginning the day 15 shots behind Woods, the world No. 1 eagled his opening hole Sunday en route to his first bogeyless round of the week. Doral was his second-to-last start before The Masters, so consider his 65 (and T-8 finish) a much-needed confidence boost before Houston in a few weeks.

Best of the rest: Woods was never seriously challenged in the final round, but the semi-retired Steve Stricker cashed a sizeable WGC paycheck ($869,852) by carding a bogey-free 68 Sunday. He shot all four rounds in the 60s to continue his terrific form this season. In three starts, he has two runners-up and a quarterfinals loss at the WGC-Match Play, all while earning more than $1.8 million.

Biggest disappointment: Take your pick – Phil Mickelson missed several short putts during a final-round 71 that left him six shots behind; erstwhile Woods nemesis Graeme McDowell never mounted much of a challenge Sunday; Bubba Watson shot 71-75 on the weekend when he was in contention through 36 holes; and Charl Schwartzel bombed out with a final-round 75, tumbling from T-5 to T-16. “The last time I really thought I had a chance to catch (Tiger) was probably yesterday,” McDowell said.

Shot of the day: Needing to set the tone early, Woods buried a 25-foot birdie putt on the second hole, then stuffed his tee shot on the par-4 fourth hole to 4 feet. After that, he turned on the cruise control.

Quote of the day: Stricker, when asked whether he regretted giving Woods a putting tip Wednesday: “At times you kind of kick yourself. But no, he’s a good friend and we talk a lot about putting. It’s good to see him playing well.”