Down but far from out: Spieth refreshed, refocused for 2019 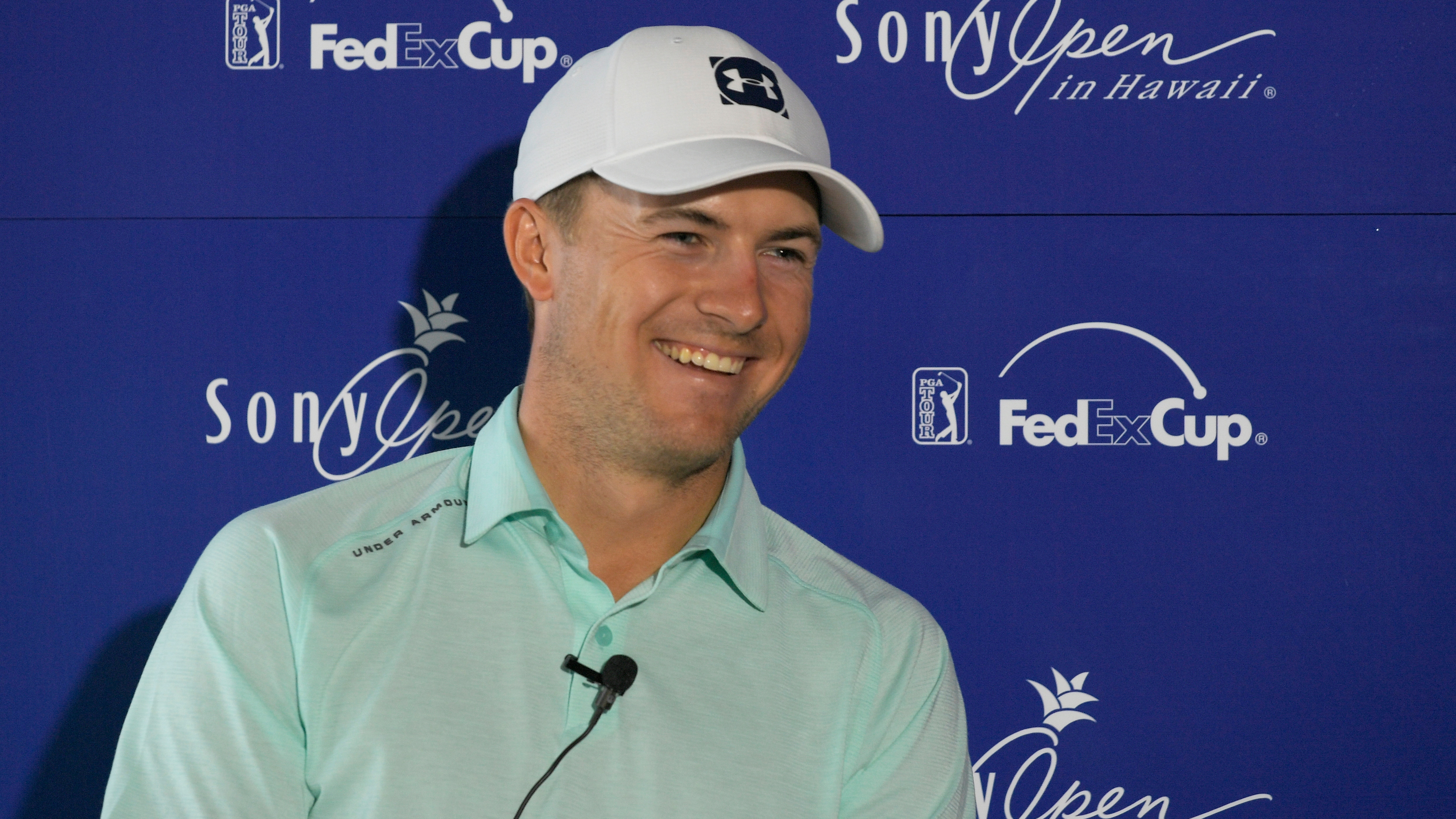 For just the second time since joining the PGA Tour, Spieth failed to qualify for the winner’s-only event, which is as good a testament as any to the futility of his 2018.

There are endless ways to quantify last season for Spieth – from his dramatic drop in nearly every putting statistic to just five top-10 finishes in 23 starts – but not having won is the easiest way to sum up the 25-year-old’s most challenging season.

“I’d love to get back in the winner’s circle,” Spieth said simply on Wednesday at the Sony Open where he’s making his 2019 debut.

Given last season’s performance, which included a failure to qualify for the Tour Championship for the first time in his career, one could imagine Spieth spending countless hours during his offseason on the practice tee with swing coach Cameron McCormick - digging for answers in the Dallas dirt. But if Spieth’s season preview at Waialae Country Club was any indication, it appears the Golden Child took a less-is-more approach.

“Very little work,” he said of his offseason and added he just hoped to “knock some rust off,” this week in Hawaii.

Spieth married high school sweetheart Annie Verret in November, the duo honeymooned in the Caribbean and the 11-time Tour winner took some business trips for sponsors. Otherwise Spieth’s offseason was surprisingly low key, and maybe that’s exactly what he needed.

“That was good for me,” Spieth said. “I needed some time away from the game after being off and having to play through it at the end the season, and then in the fall kind of the same thing.”

In nearly every way 2018 was a lost season for Spieth, who plummeted in every major statistical category - most notably in putting, where he dropped from 39th to 123rd in strokes gained: putting. To put that in context, it means he went from gaining about a third of a shot on the field each round on the greens to giving away a fraction (.034) of a shot.

What work Spieth did do with McCormick in the offseason largely focused on that putter that has been such a crucial part of his success in his career.

“Technology actually helped a lot when it comes to putting and whatnot,” said Spieth, who declined to go into details about his offseason putting work. “We were able to see some stuff there, and now it's about as many reps as I can get.”

Spieth’s troubles have been endlessly broken down and examined, the byproduct he acknowledges of the endless news cycle of modern media. But as he prepares for his seventh season on Tour, he’s categorized 2018 as the outlier not the onset of a new norm.

He’s always taken the long view on his career, understanding the ebb and flow of playing golf at the highest level and how difficult it is to maintain the kind of consistency he enjoyed from 2015 through ’17 - when he won 10 times including three major championships. Playing at that level for a prolonged period may be the goal, but given the parity of the modern game it’s unrealistic.

“When you look at a guy playing well, you wonder how he'll ever play poorly again. You see that often,” said Adam Scott, who endured a similarly difficult 2018. “But to sustain it, Tiger [Woods] has set the mark to a point that is unrealistic almost for anybody else and with where the game is right now. I just don't see the separation in players the way Tiger separated himself from everyone for 10 years.”

Spieth easily concedes putting was a problem last year but feels his game on the greens began to turn around toward the end of the season. By that time his swing had become an issue.

He also acknowledged in his signature honesty that his issues last year were almost entirely self-inflicted in an attempt to find a “quick fix” toward the middle of the season.

It’s exactly what those who have gotten to know Spieth would expect him to say after what could best be described as a pedestrian season, and he’s certainly proven himself resilient in his relatively short career.

But then that ignores the rapidly evolving landscape in golf as players like Brooks Koepka and Justin Thomas continue to improve and have been joined by the likes of Bryson DeChambeau, who has won four times on Tour since Spieth’s last victory at the ’17 Open Championship.

In the last 12 months Spieth has fallen from second to 17th in the Official World Golf Ranking, and as he pointed out, all the talk about the new “Big 3” (a group that included Spieth, Jason Day and Rory McIlroy) has understandably subsided.

Spieth begins 2019 refreshed and refocused, exactly what you would expect from one of the Tour’s most thoughtful players. But the game marches on and he will have to reload quickly or get left behind.